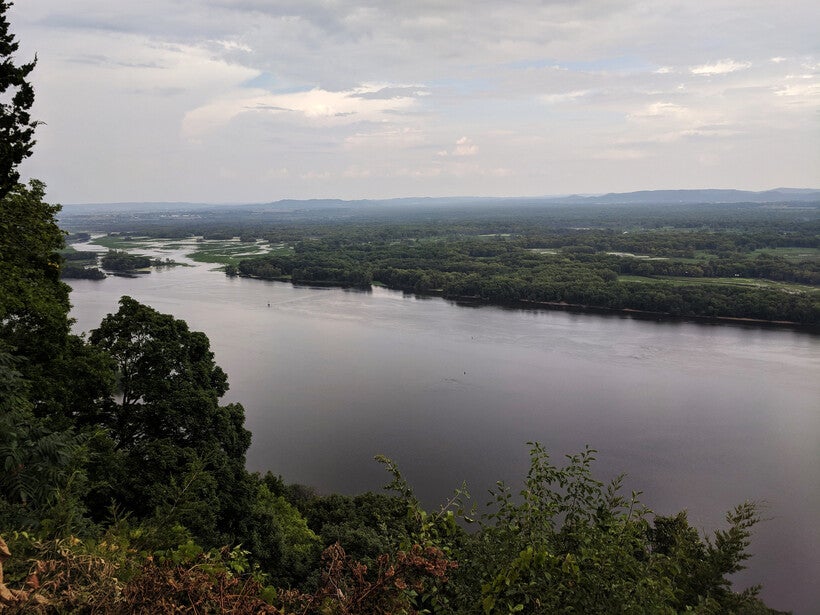 A consumer advocacy group wants state regulators to halt construction on the Wisconsin portion of a proposed $492 million transmission line after a federal judge blocked the project’s Mississippi River crossing.

In 2019, regulators approved the 345-kilovolt power line being built by American Transmission Co., ITC Midwest, and Dairyland Power Cooperative. The utilities began construction last fall on the Wisconsin side of the 102-mile project that stretches from Dane County to Dubuque County in Iowa.

The Citizens Utility Board said in a letter filed Friday with the Public Service Commission that the project can no longer be built as proposed, accusing utilities of building a "bridge to nowhere."

"Wisconsin customers could be on the hook for an incredible amount of money if this line can't connect to Iowa, which is a situation we find ourselves in now," said Tom Content, executive director of the Citizens Utility Board.

The transmission line is facing multiple legal challenges in state and federal courts brought by the Driftless Area Land Conservancy and Wisconsin Wildlife Federation. In a Jan. 14 ruling, a federal judge sided with conservation groups as part of a lawsuit filed against federal agencies that issued approvals for the project.

The groups argued the Rural Utilities Service violated federal environmental law because the agency didn’t fully evaluate alternatives to the project. U.S. District Judge William Conley agreed the agency’s review of alternatives was too narrow. Conley also agreed with conservation groups that building a line through the Upper Mississippi River National Wildlife Refuge isn’t compatible with the purpose of the refuge.

On Jan. 18, utilities issued a statement that the judge’s ruling has no immediate impact on their ability to continue construction.

"The utilities are committed to completing this project, which will reduce energy costs, improve electric grid reliability, relieve congestion on the transmission system, support decarbonization goals and help support the interconnection of renewable generation in the Upper Midwest," utilities wrote.

The project’s owners have already spent around $161 million on construction in Iowa and Wisconsin. Content argued utilities are "recklessly" spending customer dollars every day they continue building the project.

"At this point, there's no path forward to cross using the route that the PSC selected," Content said.

"The transmission companies need to stand down and stop, and the federal governmental agencies need to go back," Learner, executive director of the Environmental Law and Policy Center, said. "If they're going to do an environmental impact statement, do it in a way that's legal and appropriate, and really considers, fully and fairly, all reasonable alternatives."

The line is among nearly 20 "multi-value" projects identified to increase transmission and renewable energy use that were proposed by the Midcontinent Independent System Operator, which manages the power grid in 15 states. As part of the project, Wisconsin ratepayers would pay about 15 percent of the cost and the rest would be spread out over the Midcontinent Independent System Operator region.

Citizens Utility Board argues the river crossing is necessary to meet the project’s objective to ease congestion, increase competition and tie renewable energy into the regional grid. Without it, the line could be disqualified as a multi-value project and place Wisconsin ratepayers at risk of paying for the entire project plus a 10 percent return on their investment.

The consumer advocacy group wants regulators to rescind or change its approval of the transmission line. The PSC previously declined to revisit its approval of the project after secret communications came to light between officials linked to utilities building the line and former commissioner Mike Huebsch.

Michael Vickerman, policy director with RENEW Wisconsin, said he understands the board's request to revisit the project. Even so, he thinks the case for the line would be stronger now if regulators take another look.

"Because of all of the proposed additions to generating capacity and proposed plant retirements elsewhere in the state, it would make an additional corridor connecting Wisconsin to states to the west of us even more valuable than we had thought back in 2019," Vickerman said.

Alissa Braatz, spokesperson for the project's co-owners, said Monday the line "provides a critical pathway for renewable generation" in the region. She said their legal teams will review the Citizens Utility Board's filing to determine any next steps.

Attorneys for utilities and conservation groups submitted briefs Monday on next steps before Conley issues a final judgment in the federal lawsuit. The project's co-owners are asking Conley to send the final environmental impact statement back to the Rural Utilities Service for further review and stay any further action as utilities appeal the judge's ruling in federal appeals court.