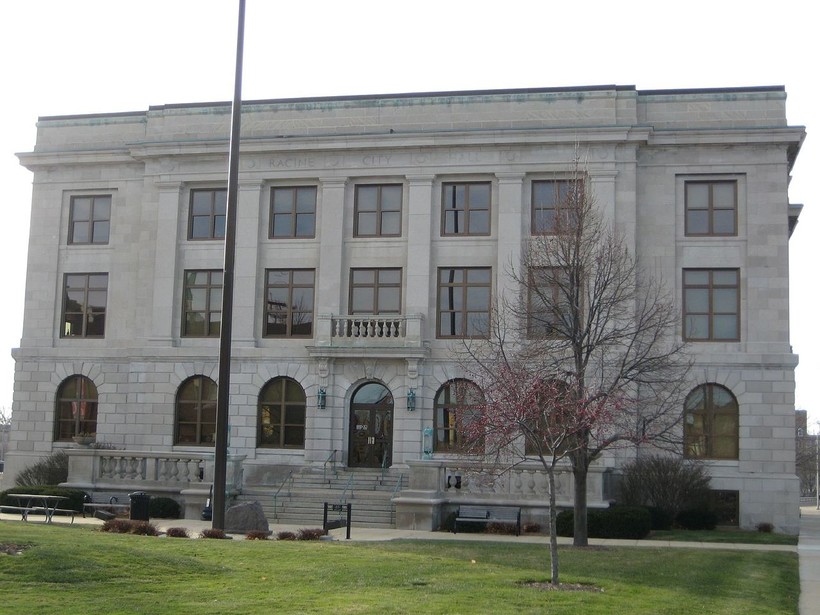 Warning Comes After City Council Passes Ordinance With Restrictions On Business That Were Blocked By Court 1 Week Prior
By Rich Kremer
Share:

A county circuit court judge has threatened the City of Racine with a contempt of court filing if they don't stop trying to enact restrictions aimed at preventing the spread of COVID-19. The warning comes after the city council passed an ordnance on Monday with rules that were suspended by the court last week.

On Friday, June 19, Racine County Circuit Court Judge Jon Fredrickson issued an injunction blocking an emergency health department order that placed restrictions on social gatherings in public and in businesses within the city. On Monday, the city council passed an ordinance creating a similar set of restrictions on businesses along with a reopening strategy called "Safer Racine."

On Wednesday, Judge Fredrickson issued a scathing injunction order blocking that, too, in which he accused city officials of ignoring the court's initial ban.

"Instead of complying, Defendants cut and pasted the challenged language at issue in this case into a new ordinance that they are now enforcing," wrote Fredrickson. "Strike One. At this time, this Court is not going to ascribe motives to Defendant City of Racine in its enactment of the new ordinances. Going forward, this Court warns Defendants that it will not hesitate to issue an order to show cause for contempt if any one, or both, of Defendants attempt to undermine the orders of this Court. There are no strikes two, or three, in this Court."

The Racine emergency order and this week's ordinance followed the State Supreme Court's action on May 13 that struck down most of Gov. Tony Evers' "Safer At Home" order that closed many businesses and barred non-essential travel.

Dave Yandel and his wife Corian own Harbor Park CrossFit in Racine. Dave said their business lost 33 members during the closure and was still unable to operate effectively under the city's less restrictive rules, which set a limit of 10 customers, or 25 percent of a business's capacity.

Dave said he invited city officials to his business to show how they planned to maintain social distancing and had enacted strict cleaning regimens but the offer was declined. He said at that point he had no choice but to file a lawsuit in hopes of lifting the restrictions.

"I have a right to defend my constitutional rights for me and my wife and my business and for all the citizens who maybe can't or are too scared to stand up," said Dave.

Fredrickson hasn't yet ruled whether Racine's emergency order or the ordinance are unconstitutional but in the June 19 order he wrote that, "Mr. Yandel was more than likely to succeed on the merits in this case."

Corian acknowledges that Racine County has had one of the highest concentrations of positive COVID-19 cases in the state. But she said their customers trust them and the cleaning and distancing efforts they've put into place since reopening June 1.

"I think that everybody's responsible for doing their due diligence and their part," she said. "If people didn't feel safe in coming to my gym, they wouldn't come in and I wouldn't have a business anyway. But because we do such a good job of making sure to keep them safe, they want to be here."

The Yandels say their fitness coaches ask members if they'd be more comfortable if trainers wear masks but they are not required in the business. Dave said members sign waivers releasing Harbor Park CrossFit from liability if members get sick from COVID-19 or other communicable diseases.

In response to Fredrickson's warning on Wednesday, Racine Mayor Cory Mason and other officials released a joint statement. Mason called the ruling "extremely troubling" and said local governments have a longstanding ability and authority to protect health and safety of residents.

"That has never been more needed than now, in the midst of this pandemic," said Mason. "As Mayor, my duty and obligation is to protect the health of Racine's residents and I will continue to seek ways to do that while this litigation works its way through the process."

City Council president John Tate said it was "disturbing that at every level of government there has either been a failure to act, or direct opposition to reasonable and necessary precautions" driven by politics or economic reasons.

"It's undoubtedly an inconvenience to change our behavior in order protect public health, but I am guessing there are 120,000 families wishing we had done more and sooner," said Tate.

A spokeswoman for Mason said she could not speak to whether the city planned to appeal Fredrickson's injunction.