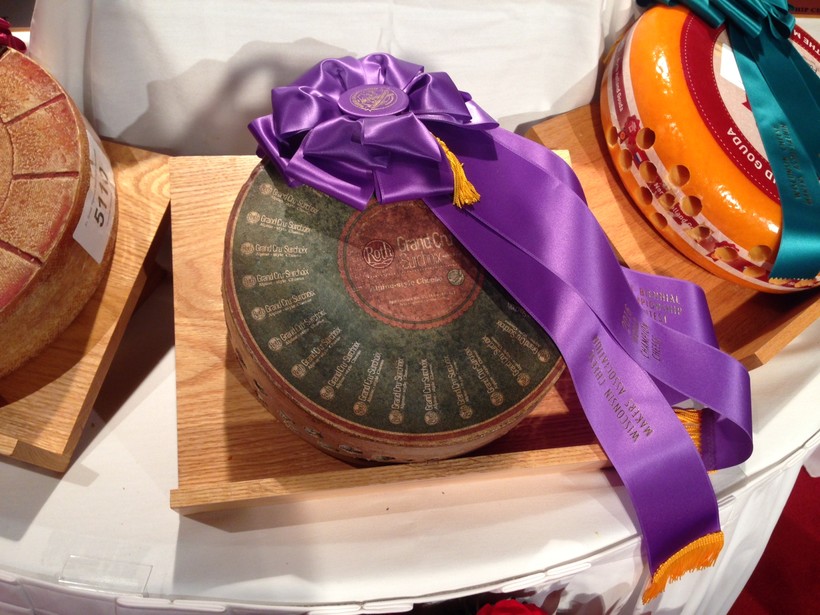 Judges in Madison this week will sample 3,402 types of cheese, butter, and yogurt — all in the name of crowning the winner of this year’s World Championship Cheese Contest.

The competition first took place in 1957, as a panel of judges tried about 50 different cheddars in the back of a creamery warehouse.

Now, it’s the largest competition in the world. And this year, it has a record number of entries.

"I think you see interest in competitions like ours because there’s interest from consumers to buy cheeses that have a gold medal on the label," said Rebekah Sweeney of the Wisconsin Cheese Makers Association, which hosts the annual contest.

A win can bring a huge uptick in sales for a company.

Take Emmi Roth USA. The Fitchburg company won the top honor at the 2016 World Championship Cheese Contest for their Grand Cru Surchoix, an alpine-style, artisan cheese. After winning the competition in 2016, the company said they had to increase production by 500 percent in 2017 to meet customer demands.

"Emmi Roth was so excited when they won two years ago, but so was everyone else from Wisconsin and really from the U.S.," said Sweeney. "It had been 28 years since an American company had taken that top spot. The room was electric. People were screaming and yelling. There were tears. This is a passion, not only a science and a craft."

Beyond the marketing side of the competition, the World Championship Cheese Contest is a place where the cheese lovers can fawn over cheese makers while mingling with other cheese mongers. Judges taste Extra-Aged Pleasant Ridge Reserve by Uplands Cheese from Dodgeville in the final competition round in 2016. Maureen McCollum/WPR

"Cheese makers are a competitive bunch, but they’re also a friendly bunch. They share notes on what they’re doing and what they’re trying," said Sweeney. "They’re also endeavoring on trying to make the best cheese in the world."

The competition is heavily based on what the industry is seeing in the marketplace. This year, there are 121 classes of dairy products being evaluated, including new categories like paneer, a cheese often used in Indian cooking.

Sweeney said they added some classes to the goat’s and sheep’s milk cheeses since they’re becoming increasingly popular.

"Plus, hard cheeses with natural rinds, smear-ripened cheeses continue to be popular with foodies," she said.

At the United States Championship Cheese Contest in 2017, Wisconsin swept the three top spots. That being said, Sweeney said it’s anyone’s guess who could win at this year's World Contest.

"We always see strong competition from Switzerland and the Netherlands. But, American cheese makers are doing their craft better than ever," Sweeney said.

The World Championship Cheese Contest is open to the public. It begins Tuesday and ends Thursday evening, when the winner will be crowned at a cheese tasting event.