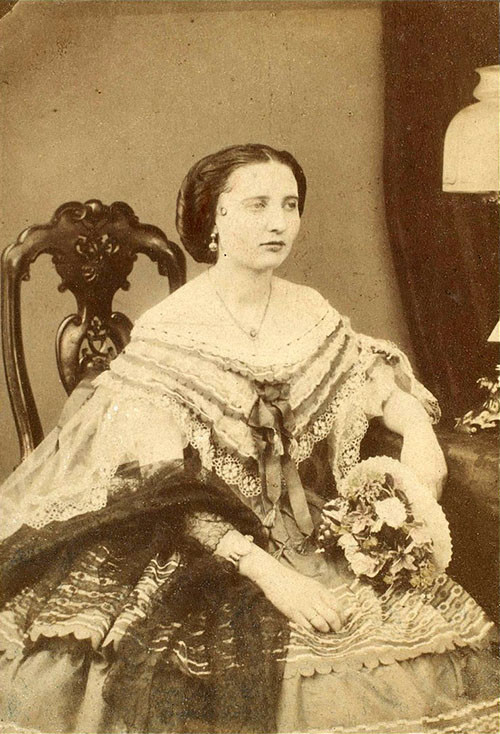 James William Davison, music critic for The Times of London, was known for his caustic dismissals of celebrated composers and performers.

But when the charismatic young pianist Arabella Goddard came to his attention, Davison changed his tune. At the age of four-and-a-half, the French-born daughter of English parents had played a fantasia at a charity concert. It was said that at seven she played for Chopin in Paris, and, at age eight, for Queen Victoria and Prince Albert.

Arabella was fourteen when she was playing a piece by Mendelssohn and had a memory lapse. She signaled the concert manager to bring her a copy of the music, but he gestured for her to start again from the beginning. At the same point in the piece her memory failed her again, and this time the manager brought her the music. Paying little attention to it, she played the piece with such speed and precision that the often acerbic Davison was more than forgiving:

An anxious desire to take the piece at the tempo indicated by the composer–which she and few beside her can do–and the nervousness naturally consequent thereon were no doubt the cause of her forgetfulness.

He also devoted 2,500 words to her review–twice what he allotted to a performance by an established pianist. He attended all of her performances and invariably gave her rave reviews, describing her physical attributes as well as her musicianship. He wrote that “although she is entirely unassuming, she could not fail to win the most casual observer at a glance.”

Arabella’s teacher, virtuoso Sigismond Thalberg, turned her over to Davison for further career guidance, and, in 1859, Arabella, age twenty-one, and Davison, twenty-four years her senior, were married.

The union quickly became superficial. Arabella spent years touring the world, making vast sums from her concerts, and becoming known as one of the great pianists of the late nineteenth century. Davison, in the meantime, had long since moved in with his brother.