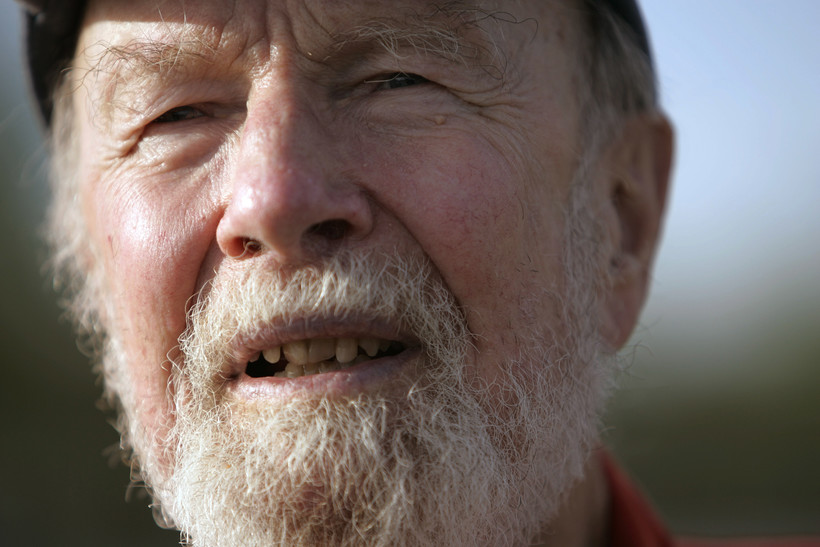 In this May 5, 2006 photo, Pete Seeger talks during an interview in Beacon, N.Y. AP Photo/Frank Franklin II

In a time of division in our world along political, religious, economic and philosophical lines, the 100th anniversary of Pete Seeger's birth is a chance to honor someone who, as he once said, "sang for everybody."

Born on May 3, 1919, Seeger's birthday centenary gives fans of his music — and those yet to discover it — a chance to appreciate the contributions he made not only to folk music, but to society in general. A powerful example of that is his testimony before the House Un-American Activities Committee (HUAC) in August 1955 and how he braved the fallout.

During the Red Scare of the '50s, many artists, musicians and writers were forced to answer questions from HUAC concerning their work and whether they supported communist activities. Many of those called to testify either answered the questions — and in the process implicated other people — while others invoked their Fifth Amendment rights against self-incrimination.

Seeger, however, refused to cooperate with the committee on the grounds that he believe its questions weren't appropriate.

"I am not going to answer any questions as to my association, my philosophical or religious beliefs or my political beliefs. Or how I voted in any election or any of these private affairs. I think these are very improper questions for any American to be asked, especially under such compulsion as this," Seeger said.

Instead, he emphasized his music and the fact that he performed for many different groups and people throughout society.

"If you want to ask me about any of my songs, I would be glad to tell you, sir," he said. "I have sung for Americans of every political persuasion and I am proud that I never refused to sing to an audience, no matter what religion or color of their skin or situation in life. I have sung in hobo jungles and I have sung for Rockefellers, and I am proud that I have never refused to sing for anybody."

In fact, Seeger offered to sing a few songs for the committee and three that came up during his testimony were the traditional spiritual "Down By The Riverside,” "Wasn't That A Time," which was co-written by Seeger’s bandmate Lee Hays, and the Seeger and Hays-penned "If I Had a Hammer."

Here are some musical memories of that time:

"Down By The Riverside"

"Wasn’t That a Time"

Seeger's appearance before HUAC cost him personally. From a legal standpoint, a year later, he was cited in contempt of Congress. Five years later, he was convicted and sentence to jail only to be acquitted a year after that.

From a professional standpoint, he was blacklisted during the late '50s and early '60s, meaning venues and recording companies refused to hire him. During that time, he performed mainly at college campuses, music camps and social justice gatherings.

As the '60s progressed, Seeger never wavered in his convictions and the world ended up changing and moving toward his point of view with the growing Civil Rights and anti-war movements.

In 2017, Joe Jencks released an album titled, "Poets, Philosophers, Workers & Wanderers." The title of the album came from Seeger's HUAC testimony, and Jencks memorializes that moment from 1955 in the lead track on that recording, “Let Me Sing You A Song."