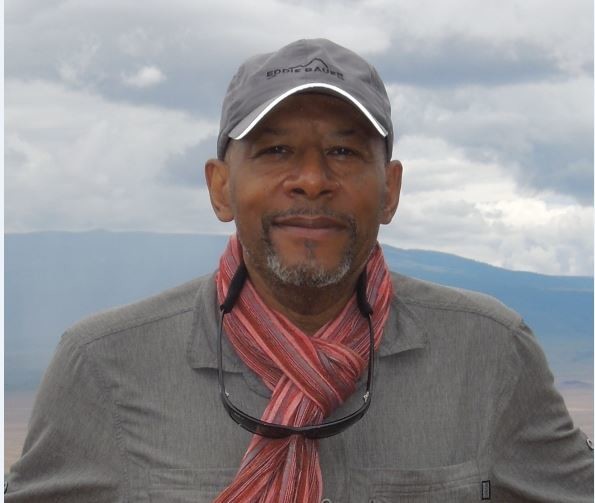 Celebrating Each Other Through Music: Dr. Jonathan Øverby On 'The Road To Higher Ground'

'The Road To Higher Ground' Has Aired Since 2007
Share:

Consider this recent playlist from Dr. Jonathan Øverby's Saturday evening show, "The Road To Higher Ground." A piece from Ethiopian bandleader Mulatu Astatke follows a song from Bonnie Raitt. Next up, American classical composer Samuel Barber’s elegiac "Serenade for Strings," and after that, Sonny Rollins' jazz standard "Round Midnight." Øverby weaves these disparate works together expertly, finding a throughline of mood and sensibility that spans continents, genres and decades.

Øverby has produced "The Road to Higher Ground" on WPR since 2007, playing "world music with African roots and more." Each Saturday at 5 p.m. on NPR News & Music stations, you'll hear songs from many African traditions and music from the African diaspora, but the way Øverby brings the "and more" to his listeners is what makes "Higher Ground" different from other world music shows.

"I'm always thinking how to bridge the next piece with the piece before it and spool everything musically. I link pieces so that they create a musical topography," Øverby explained.

"The Road to Higher Ground" takes listeners on a journey designed to increase empathy and understanding. One fan called it "a full spectrum offering," while another declared Øverby "a national treasure."

Øverby grew up in Milwaukee, listening to his mother's blues and R&B records and hearing jazz performed at his father's club, Club Chateau Lounge. He pursued classical voice training at San Francisco State University and performed across the United States and Europe with the university's opera company, chamber choir and Musicum Collegium. He became a composer and conductor as well — the musical theme that opens "The Road to Higher Ground" is his own composition.

When he began studying for his master's and eventually a doctorate in Administrative Leadership in Higher Education at Edgewood College in Madison, his interests evolved. He traveled in the Caribbean and Africa, where he experienced music that celebrated daily life, such as songs women sang while washing clothes. This music was very different, both in form and in function, from the traditions he’d been schooled in. He felt newly aware of the power of music to create understanding between people of different backgrounds.

"I felt an enormous calling to use the knowledge I'd been given," he said, "and to enlarge the space of what listeners can hear. Music can reduce hatred, but more than that, it allows us to celebrate each other."

Øverby was named a distinguished broadcaster in 2013, received the Wisconsin Idea Award in 2016 and has been invited to speak at musicology conferences around the world. He's also WPR's only Black executive producer and he's the architect and host of Wisconsin’' annual Martin Luther King Jr. Day celebration at the state Capitol.

"The Road to Higher Ground" moved this fall from a 7 p.m. start time to 5 p.m. on Saturdays (except for in Milwaukee, where it airs at 7 p.m. on 90.7 FM). Øverby hopes more listeners will find his show in its new time slot, and that they'll be drawn in by his wide-ranging palette.

"I like the music to speak for itself," he said, "but the opportunity to bring music to people is a real gift. Music is a lifestyle, a longing, a yearning. I keep looking for that next bridge."