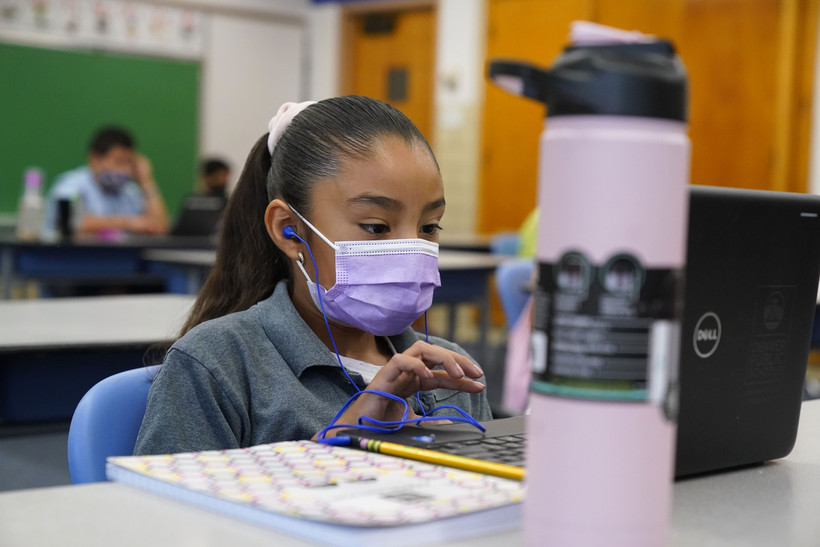 Bridge the Divide members said they want students to be exposed to contemporary voices of color
By Madeline Fox
Share:

A group of Cedarburg residents is pushing for the school district to adopt a more inclusive curriculum.

Members of the organization Bridge the Divide said they want students to be exposed to contemporary voices of color rather than learning about people of color from a solely historical perspective — and that not doing so hurts students of color and deprives all students of educational opportunities.

"We're not curriculum specialists, but if we can see this, and we can see that you're lacking the perspective of a diverse group of people — the people that you're supposed to be talking about in these narratives — why aren't they at the table?" said Erica Turner, a co-founder of Bridge the Divide. "When someone tells you there's a gap, why aren't you looking to see whether there's really a gap so you can fix it?"

At a time when schools around the country and in Wisconsin are seeing pushback to lessons and library materials dealing with race and LGBTQ+ issues, the Cedarburg group has been trying to move its district in the opposite direction.

Turner and her Bridge the Divide co-founder Heidi Wheeler have been trying to bring up issues of diversity in the school district and the larger Cedarburg community since 2017, and said it’s frustrating that some groups have recently tried to dismiss their efforts as critical race theory — an academic legal framework to help identify the effects of structural racism on policy that’s more recently been incorrectly used to describe K-12 level teaching about race, history and equity.

"We were trying to have this conversation before it got as political," Wheeler said. "It’s always been the last conversation people want to have — is race — but we were having it before George Floyd, before this battle was being done in schools."

Wheeler and Turner said they met with Cedarburg’s curriculum director and had meetings and phone calls with the superintendent to try to address their curriculum concerns. They wrote a petition in 2020, which got 6,000 signatures. When that didn’t work, they turned to the district’s formal complaint process. The district found it had no gaps in its curriculum.

"We tried a lot of ways to partner with the school and to try to share perspectives prior to this complaint and appeal," Wheeler said. "It didn't work — nobody listened."

Bridge the Divide appealed its complaint to the Department of Public Instruction, where it's awaiting a decision.

They’re not the first to use DPI’s complaint appeals process to address concerns about race within a school district — DPI found that the Burlington School District had not done enough to address a "racially hostile environment" after Darnisha Garbade, the mother of two Burlington students, appealed to DPI in 2021.

The Cedarburg group’s push attracted the attention of the conservative legal group Wisconsin Institute for Law and Liberty, which issued a letter last week saying the district isn’t legally required to adopt the curriculum changes Bridge the Divide is calling for and that DPI cannot legally force them to do so.

"Cedarburg should not be intimidated into adopting controversial and politicized curriculum as a result of vague and unsubstantiated charges made by a local activist group," WILL deputy counsel Dan Lennington said in a news release. "Any attempt by the state to force curriculum changes would be inappropriate, unwarranted, and likely illegal."

Turner, who is Black, said it’s a constant battle to be taken seriously, and to have people respect her words and her work without writing her off as an "angry Black woman" or other damaging stereotypes — which, to her, makes WILL’s letter calling the curriculum concerns critical race theory particularly harmful.

"Having a group like WILL, having any of these groups that don’t agree with what we say then misrepresent us and mischaracterize us on purpose, that is a real hit to me," she said. "I work so hard to do the right thing, the right way, to follow the rules — that anybody else could just stand up in the middle of town and say, 'Oh you’re bad because of this' and have people believe them, is a real hit to my reputation."

Cedarburg is also working through other issues around its reading materials. The district is currently considering whether to keep "Kite Runner," a book set in Afghanistan that deals with war, death and sexual assault, in its tenth grade curriculum after two parents objected. The book is one of the most frequently challenged books on the American Library Association’s list.