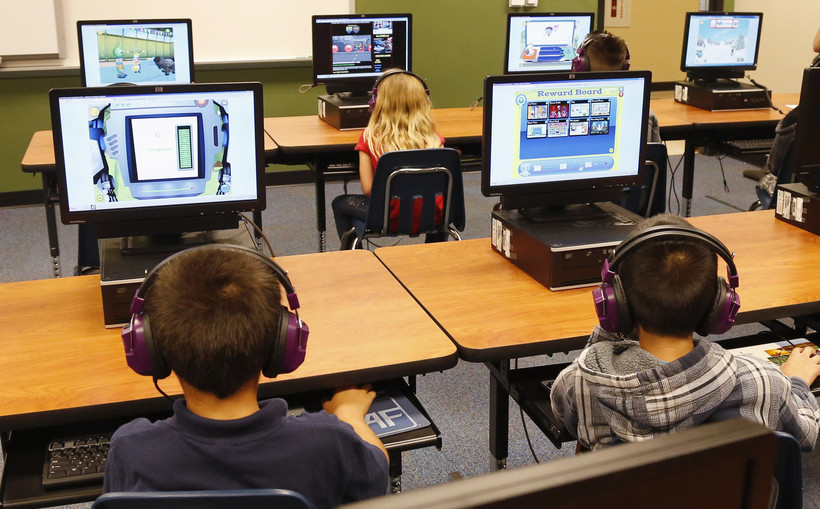 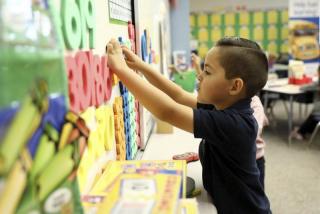 Republicans on the Legislature's budget committee passed a $500 million increase in K-12 school funding Thursday, saying it was more realistic than the $1.4 billion increase proposed by Democratic Gov. Tony Evers.

The latest GOP plan includes a $97 million increase in special education funding, the first such increase in a decade but an amount far less than the $606 million Evers wanted.

Rep. John Nygren, R-Marinette, said the GOP plan would build off of a major investment in education in the last budget, saying the plan by Evers never had a chance to pass the Legislature.

"I actually believe the proposal that you see in front of us from Gov. Evers was a political document that was more of a campaign document than actually a real budget," said Nygren. "I think even education leaders throughout the state had questioned whether it was realistic."

The plan that passed is similar to one endorsed Wednesday by Assembly Republicans, although the latest GOP plan includes about $50 million more for special education.

Republican Sen. Luther Olsen, R-Ripon, said that increase would mean the state would cover 30 percent of all eligible special education costs, up from the 25 percent it covers now.

Olsen said Evers supported that 30 percent benchmark in previous budgets when he was superintendent of the state Department of Public Instruction.

"So we're meeting those goals that he had back when he was state superintendent," Olsen said.

Schools are required by law to fund the full cost of special education, meaning they have to find a way to pay for whatever doesn't get covered by state government. A recent study by the Wisconsin Policy Forum found the gap between what schools need and what the state reimburses them for special education has grown to $1 billion per year.

In practice, public school advocates say that means districts either have to pass referendums or dip into their general funds to pay for special education, cutting into funds they've set aside for the rest of their students.

Democrats on the budget committee said Republicans could have funded Evers' entire budget if they had agreed to his taxes on manufacturers and capital gains for wealthier residents.

"They made a choice to preserve $1.1 billion in tax cuts for the most wealthy elite in our state rather than fund what our schools need," said Rep. Chris Taylor, D-Madison.

Rep. Evan Goyke, D-Milwaukee, said Evers likely knows more about education policy than any governor in Wisconsin history, having been a teacher, principal and school administrator before being elected to lead DPI.

"Before I was even born, Gov. Evers was teaching kids in Wisconsin," said Goyke, who is 36.

Goyke said Evers ran on the issue of school funding, and the public supports him.

"They want the investment," Goyke said. "It was quite clear the choice between Tony Evers and Scott Walker."

Public school advocates held a press conference ahead of Thursday's vote attacking the GOP plan for ignoring the needs of schools with larger numbers of special needs students.

"Why are we investing so little in the kids who need the most," said Heather DuBois Bourenane, the executive director of the Wisconsin Public Education Network. "Please call on Gov. Evers to veto a budget that does not meet the needs of our students if that's what they deliver him," she added. 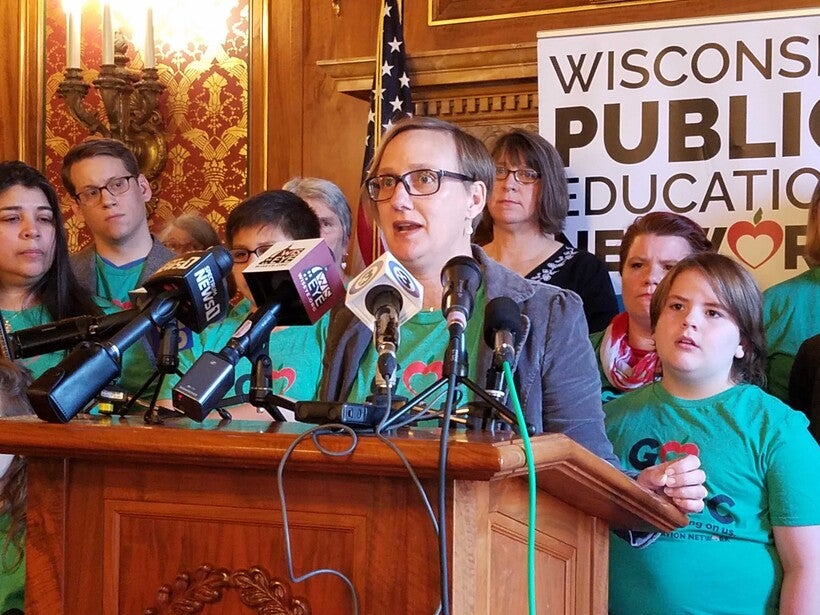 In an interview Wednesday, Evers wouldn't say whether he would veto a budget that spent $900 million less than he proposed on public schools.

On Thursday, Evers said the plan announced by Republicans "doesn't get us where we need to be," but he again stopped short of threatening a veto.

"I remain hopeful that I can continue to work with Republicans to give our schools and our kids the resources they need to be successful," Evers tweeted. "There's still a long way to go in the budget process, but we're not going to negotiate against ourselves or our kids."

Olsen, who has historically been among the most outspoken Republican advocates for public school funding, told reporters Thursday that Evers should accept the GOP deal.

While the education budgets are vastly different in terms of total dollars, the GOP plan would still mean an increase of $200 per student in the first year of the budget and $204 in the second, which are the same "per pupil" benchmarks called for by Evers.

Olsen said rejecting the Republican plan would prolong budget negotiations, and he didn't think the next deal would get any better.

"And if it did, it would be so marginal that it wouldn't be worth it," Olsen said.

The plan passed the budget committee on an 11-4 party line vote. It still needs to pass the full Legislature before it gets to Evers' desk.