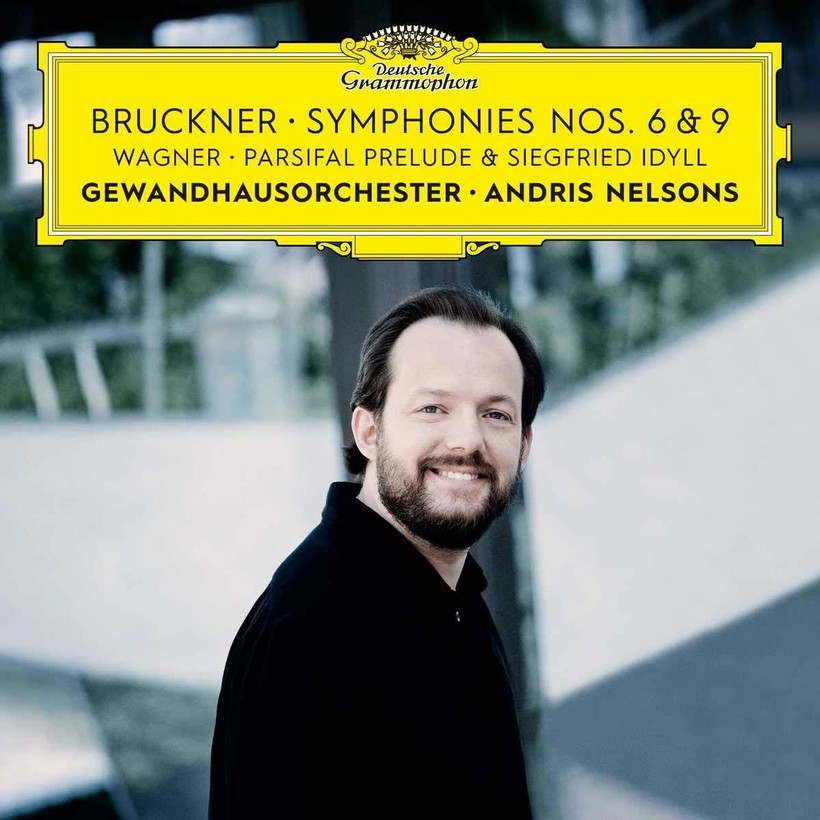 Latvian conductor Andris Nelsons has been leading the Boston Symphony Orchestra since 2014, already winning three Grammys for best orchestral performance with them.

Nelsons was named kappelmeister (music director) of the Gewandhaus Orchestra of Leipzig last year and is creating some terrific recorded music with that ensemble as well, mainly by the Austrian composer Anton Bruckner.

In a collaboration with German classical record label Deutsche Grammophon, Nelsons and the Gewandhaus Orchestra have released Bruckner's third, fourth and seventh symphonies; this new double CD includes the sixth and ninth along with a couple of smaller works by Richard Wagner ("Parsifal Prelude" and "Siegfried Idyll.")

Bruckner named the Symphony No. 6 as one of his boldest, while the ninth was his last. In fact he didn't complete it before he died. He did specify, though, that since other symphonies had been dedicated to King Ludwig II of Bavaria as a patron of the arts, his last one was to be dedicated to "the majesty of all the majesties - the beloved God." (He was a devout Catholic.)

Bruckner was known for contradictions — he was exceedingly humble yet proposed to teenager after teenager to no avail. His music is equally contradictory and has been called "conservative," "modern," "traditional," "harmonious," "dissonant" and lots of other conflicting terms, all of which could be accurate. And he was constantly tinkering with his pieces, leaving behind multiple versions of works.

So, undertaking a cycle of Bruckner symphonies is no small feat; in fact it's fraught with mine fields and shifting sands. Nelsons manages to surmount these handily, delivering powerful, virtuosic performances that capture the beauty and subtlety as well as the monumentalism of the music. Under his baton, these symphonies scintillate with emotion and energy.