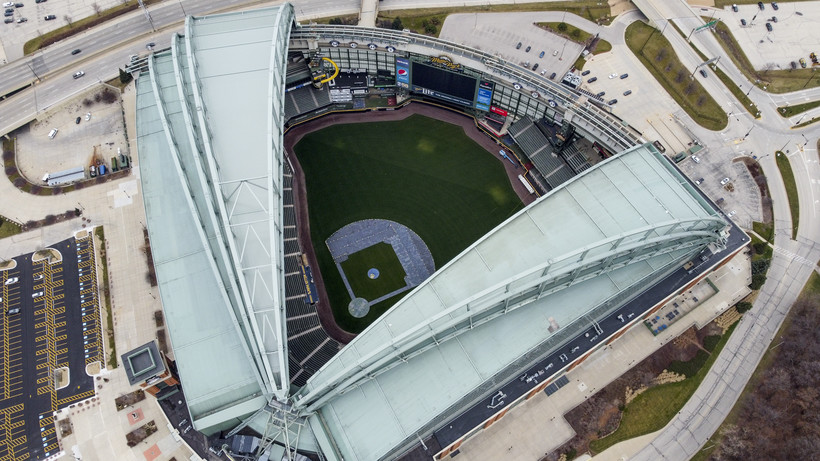 Fans In Stands April 1 For First Time In 18 Months
By Corrinne Hess
Share:

When the Milwaukee Brewers begin their season next week, nearly 900 part-time employees will have their jobs back.

The Brewers announced earlier this month the franchise would allow fans to attend regular season home games, starting April 1, for the first time in 18 months.

Rick Schlesinger, the Brewers' president of business operations, said the start of the season will bring excitement to Milwaukee, and hopefully some wins.

"But really, you know, encourage people that mass gatherings can be done safely, and people should feel comfortable and very safe coming here with our protocols and restrictions," Schlesinger said during a Friday press conference.

The Brewers welcomed media into American Family Field this week to promote the season and provide a glimpse of what safety protocols will look like. For example, concessions will be ordered through a Major League Baseball phone app. And fans will sit in "pods" set up for groups of two, four and six people.

The Milwaukee health commissioner approved the team's 500-page plan to begin the regular season with the stadium at 25 percent of total capacity. That’s about 12,000 fans per game.

Tickets for the regular season went on sale Friday.

For now, tailgating won't be allowed at the stadium. But Schlesinger said the Milwaukee Health Department understands the importance of tailgating.

"I would say that's one of the priorities that we keep bringing up with them," he said. "And I think they're good listeners, so I have optimism that we'll be able to bring back tailgating."

American Family Field has capacity for 40,000 fans and normally employs more than 1,200 part-time workers. The Brewers also laid-off several people in the front office, who have not all been brought back, Schlesinger said.

He acknowledged 2020 brought a significant loss in revenue, but would not give specific numbers. Schlesinger also would not estimate how much money the Brewers would lose with capacity at only 25 percent this year.

"The money is important," Schlesinger said. "Absolutely, the revenues from the attendance are really important, but the bigger measure for me is the jobs and the excitement and engagement in showcasing this ballpark as an entertainment destination that is safe."