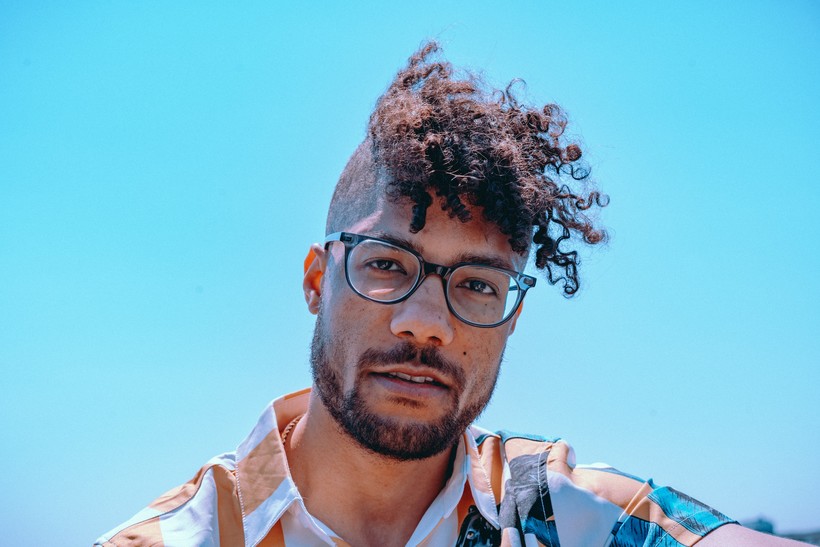 Mateo Askaripour's debut novel "Black Buck" focuses on a young Black man named Darren Vender. He quits his Starbucks job to join New York City’s hottest tech startup, Sumwun. Darren is the only Black person at the company and after a grueling first week of training, he reinvents himself as "Buck," a tough-as-nails salesman. The book has been described as "The Wolf Of Wall Street" meets "Sorry to Bother You" meets "Fight Club."

Askaripour told WPR's "BETA" that he considers Martin Scorsese's "The Wolf Of Wall Street" to be one of the classic sales movies, along with "Wall Street," "Glengarry Glen Ross" and "Boiler Room."

"Even though what 'Black Buck' is doing is in some ways redefining them or even tearing down what they symbolize, I liked those movies," Askaripour said.

He wanted to transfer the same kind of energy that's in "The Wolf Of Wall Street" into "Black Buck", "so that people who are familiar with those classic sales movies, plays and books would be able to look at 'Black Buck' and say, this deserves that space alongside these other movies."

But at the same time, "Black Buck" is "also completely different, not just because he's a Black man, but also because it takes place in the world of tech startups in this 21st century model of sales, which is so different compared to those other types," he said.

Just a few years ago, Askaripour hit creative rock bottom. It was Stephen King's book, "On Writing: A Memoir of the Craft," that helped him turn things around.

"When I read 'On Writing,' a few things stood out to me. One was that he said, 'Hey, I just write all of these books by getting my characters into scenarios and then figuring out how to get them out of it through hundreds of pages or maybe not even getting them out of it.' I said, "Oh, that's simple. Maybe I'm overcomplicating this.'"

"Secondly, he said, 'The best way to become a better writer is to write more and read more.' I said, 'You know what? That's also simple enough.' So I took those two pieces of advice while also understanding, for him as a person, that writing was just such a core tenet of his identity in the same way that I'm talking about 'Wolf,' 'Wall Street' and all those salespeople."

Askaripour said that he wasn't really trying to tackle the world of sales with "Black Buck."

"It was moreso to comment on various manifestations of white supremacy and systemic racism. And for me, sales was just the tool that was most readily available to me due to my experience," he said. "If this were high school, I would have written about soccer. Because I was the soccer player and I had experienced racist things while playing soccer and where I was the only Black kid on this team."

It's no surprise that Askaripour's depiction of the startup where Darren works has a high level of realism. For a while, Askaripour was very immersed at a startup where he worked as a sales leader.

"I didn't have people on the daily subjecting me to things that Darren was subjected to. But I have experienced the things Darren has experienced regarding race, regarding discrimination outside of the workplace in very extreme ways when I was younger. So I translate a lot of that into the workplace because I know how it feels to be the only one. And I know that other people who are of a minority background — whether it's regarding race, gender expression, sexual orientation, religion in the workplace — can feel that these almost innocuous slights that are rooted in racism and discrimination are actually the size of the Grand Canyon."

Askaripour says "Black Buck" is a cautionary tale about "what happens sometimes when you just follow white men into the breach, and just like, 'Yo, if you don't know what you're doing, you could get got,' as we'd say.'"

"Giving your whole self to something so quickly is a recipe for disaster sometimes. Not respecting the opinions of people who love you unconditionally — red flag. When you start to do that like with your parents, your closest friends — red flag. And bad things will happen," he said. "I mean, it happened to me in a certain way. It's not even so much as a happening, but it's like I became someone who I wasn't proud of and I had to work through that and work beyond it. And it's something that I'm still doing now every day."