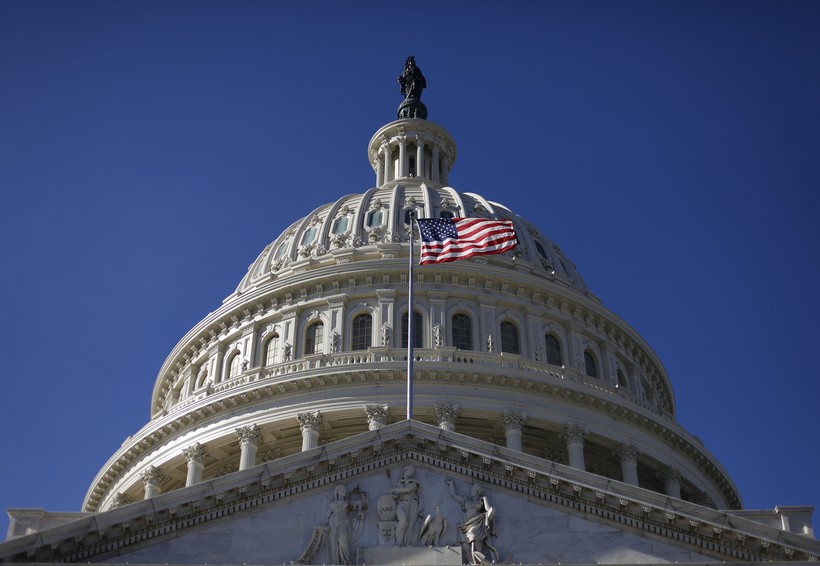 The Environmental Protection Agency would be required to set national drinking water standards for harmful forever chemicals known as PFAS under a bill that recently passed the U.S. House. Wisconsin residents facing PFAS contamination and environmental groups say the bill’s passage is a step forward, but it likely faces hurdles in the closely divided U.S. Senate.

The PFAS Action Act would require the EPA to set standards for the two most common PFAS chemicals — PFOA and PFOS — within two years. It would also designate them as hazardous substances under the federal Superfund law, triggering the process for identifying and cleaning up polluted sites.

The Marinette and Peshtigo area is at the heart of Wisconsin's largest, most complex investigation into PFAS contamination. Marinette City Council member Doug Oitzinger said he thinks the bill's passage is a step forward, but he’s skeptical of its prospects.

"People have been proposing to push PFAS legislation federally for years, and the EPA, under multiple administrations, has essentially not done very much at all," said Oitzinger. "(It) certainly hasn't set any drinking water standards."

Oitzinger highlighted the federal agency first became aware of the health hazards of PFAS more than two decades ago. Efforts to regulate the chemicals slowed during the Trump administration, but the Biden administration is now moving to set a drinking water standard for PFOA and PFOS. The EPA has issued a health advisory level of 70 parts per trillion, but it could be another six years before the agency develops national standards in drinking water.

PFAS, or perfluoroalkyl and polyfluoroalkyl substances, are a class of thousands of chemicals that have raised concern because they have been linked to an increased risk of kidney and testicular cancers, thyroid disease and fertility issues. The chemicals are found in firefighting foam and everyday products like nonstick cookware, and they don’t break down easily in the environment.

The House bill would also designate PFOA and PFOS as air pollutants and require the EPA to set limits on discharges of PFAS. Around $200 million in funding would be provided each year for wastewater treatment. A similar PFAS bill passed the U.S. House last year, but it failed in the U.S. Senate after former President Donald Trump threatened to veto the measure.

Scott Laeser, water program director for Clean Wisconsin, said he hopes the measure will find bipartisan support in the Senate.

"This seems like the kind of sensible step forward that sets standards and provides resources for testing and cleanup that should be able to find some bipartisan support there," said Laeser.

The PFAS Action Act received support from Democrats and Republicans in the House, including U.S. Rep. Mike Gallagher. He was the lone Republican from Wisconsin's House delegation to vote in favor of the bill. His district contains the communities of Marinette and Peshtigo, where some residents have been forced to rely on bottled water due to PFAS pollution of private wells.

The PFAS Action Act faces uncertain prospects in the U.S. Senate where a version of the bill has yet to be introduced. Democratic U.S. Sen. Tammy Baldwin said in a statement Tuesday that the health and environmental threats posed by PFAS are significant.

"I've long supported regulation of PFAS and have introduced bipartisan legislation in the Senate to set clear deadlines and reporting requirements for cleaning up PFAS contamination at federal facilities nationwide," said Baldwin. "Communities across Wisconsin are dealing with concerning levels of PFAS chemicals in their drinking water, and I am continuing to work in a bipartisan way to protect public health establish enforceable drinking water standards."

A spokesperson for Republican U.S. Sen. Ron Johnson didn’t provide details on whether he would support PFAS regulation. His office pointed to a 2019 letter in which Johnson and Democratic lawmakers requested a review of the estimated costs facing the federal government for cleaning up PFAS pollution. They called on federal auditors to investigate the extent of PFAS contamination nationwide, research needs surrounding environmental and health impacts, and the extent to which states have taken action to address PFAS.

In the absence of federal guidelines, Wisconsin is crafting PFAS standards for drinking water, groundwater and surface water for PFOA and PFOS.

In a letter, Gov. Tony Evers joined Democratic governors from Michigan, Minnesota, New York and Pennsylvania in voicing support for the legislation to congressional lawmakers.

"A strong federal law is needed to ensure a consistent national framework for addressing PFAS and because not all states have the capacity or legal frameworks in place to undertake state-driven actions in these areas," the letter read.

State efforts to regulate PFAS have also encountered pushback from industry, municipal and water groups in Wisconsin. Water utilities and groups like the Wisconsin League of Municipalities have urged state regulators to wait for federal standards. The Wisconsin Paper Council and Wisconsin Manufacturers and Commerce questioned the science that formed the basis for PFAS standards recommended by health officials, calling them unlawful. They also questioned the costs associated with implementing PFAS standards.

WMC is suing the DNR over its authority to regulate PFAS. The state's largest business lobby has been critical of the agency's efforts to set numeric targets for the chemicals, including under an emergency rule that was weakened by GOP lawmakers in December. The rule aimed to implement a law barring the use of firefighting foam that contains PFAS except in emergencies and limited circumstances.

WMC is also backing a GOP bill that would provide $10 million in grant funding for communities. The proposal, which passed the state Assembly, would prevent local governments from suing polluters to pay to clean up contamination if communities accept the funds.

Another proposal put forward by Evers and Democrats that would create a grant program for communities to address PFAS and set interim standards for the chemicals has not yet received a public hearing.

Oitzinger said he's not optimistic about state or federal efforts to help residents in the Marinette and Peshtigo area or other communities affected by the chemicals.

"All we can do is keep working towards it," he said.