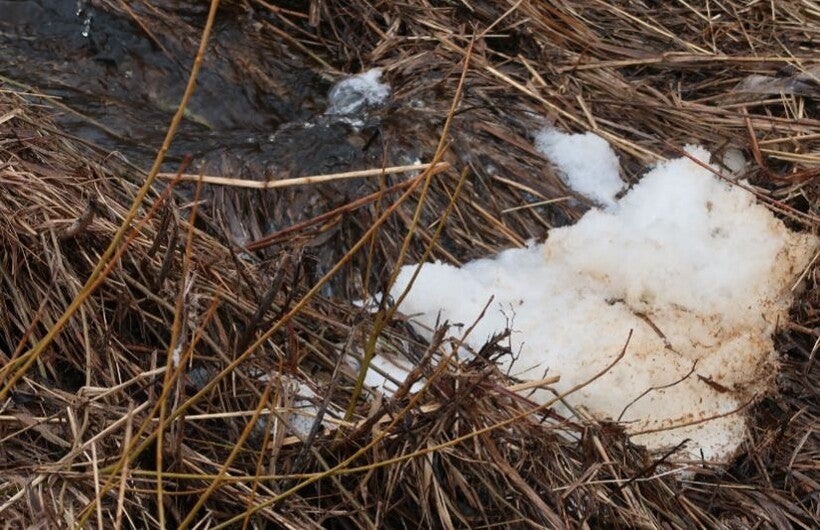 A legislative committee voted 6 to 4 along party lines to eliminate parts of an emergency rule that sought to enforce restrictions under a Republican-sponsored bill signed into law earlier this year that bans the use of firefighting foam containing PFAS except in emergencies.

The law known as Act 101 took effect in September. The DNR was tasked with outlining appropriate testing, treatment and disposal of PFAS foam. The chemicals have been linked to cancer and other health problems.

The move by lawmakers effectively eliminates any sort of target that a treatment system would use to gauge whether it's effectively removing PFAS to a level that's safe enough for release into the environment.

The emergency rule, approved by the Natural Resources Board, would have allowed the agency to set PFAS indicator levels for treating foam before discharging to sewers or waterways. State environmental regulators emphasized those levels were not enforceable. They would have been used as a trigger for systems to make adjustments to provide effective treatment.

The Legislature's Joint Committee for Review of Administrative Rules (JCRAR) suspended those action levels along with other parts of the rule on Friday. Lawmakers also removed a definition of treatment that would require that process "to immobilize, remove or destroy the contaminant."

In addition, they removed references to foam contaminated materials, which referred to equipment like booms that may soak up PFAS.

Committee Co-Chair Sen. Steve Nass, R-Whitewater, said the rule went beyond the intent of the Legislature.

"We can't let government go rampant and decide to put additional items in a rule when the Legislature did not intend for those to be there," said Nass.

Democrats on the committee voted against the changes, saying they're "taking the teeth out" of Act 101, including Madison Democrat Rep. Lisa Subeck.

"This rollback of the rule does essentially neuter Act 101," said Subeck. "It does prevent us from protecting our drinking water in the case of the firefighting foam, and this was only a small step ... in addressing the issue."

In a statement, Sen. Robert Cowles, R-Green Bay, disagreed with action taken by his Republican colleagues.

"While, as the author (of the bill), I believe this emergency rule appropriately reflected Legislative intent, I understand the desire from stakeholders to address these ambiguities, but believe these issues should have been addressed in the ongoing permanent rulemaking process," said Cowles.

Republican lawmakers on the committee also introduced a bill introduced that reinforces the committee's decision to suspend parts of the rule. It would prevent the agency from putting any rule into effect that would apply to materials that are contaminated with PFAS-containing foam, define treatment as requiring total removal and destruction of a contaminant, require those treating foam to provide notice of any discharge, and set indicator levels for treatment.

Cowles said he looks forward to reviewing the bill introduced by lawmakers "while upholding the intended outcome of the effort: cleaner water.”

The Wisconsin Department of Natural Resources was the sole defender of its rule in a public hearing that only allowed testimony from speakers invited by the committee's Republican co-chairs. The DNR's head of the environmental management division, Darsi Foss, said eliminating those action levels for PFAS would create statewide inconsistency.

"In that there are no measures as to the effectiveness of the treatment system," said Foss.

Foss dismissed statements made by industry groups that the agency's treatment targets are unattainable or unproven, noting the best available treatment for PFAS has been proven across the country and within Wisconsin.

She also noted that the rule would have applied only to individuals or facilities that generate foam as a result of testing a fire suppression system or operates a foam testing facility. Right now, Foss said there's only one manufacturer of firefighting foam in northeastern Wisconsin with a testing facility that would be subject to the rule.

Tyco Fire Products and Johnson Controls International are pursuing a testing facility in Marinette. The companies are part of the state's largest, most complex investigation into PFAS contamination surrounding its existing fire training facility.  Johnson Controls has stated that Tyco's design and treatment technology would exceed requirements laid out by the agency under the emergency rule.

"Here we are at an invite-only session where the DNR is the only one that seems is testifying on behalf of it... and having industry come in — and some of them have jack squat to do with firefighting — come in to speak and degrade even this very minimal rule," Larson said.

Committee Co-Chair Rep. Joan Ballweg, R-Markesan, also voiced concern about the emergency rule requiring regulators be notified whenever foam is used or released into the environment under the state's spills law. Ballweg feared that provision could create liability for the state's fire departments.

"The concern is by adding that in is that it's going to open up an entire area of responsibility that was not intended in Act 101," said Ballweg.

Foss said the state's spill hotline is the only 24-hour number for emergency responders to use to report discharges, adding that calling the hotline does not make departments responsible for the cost to clean up contamination from PFAS foam.

Industry representatives were the only groups to testify before lawmakers besides the DNR, arguing the emergency rule goes beyond the authority given to the agency under the law.

Manley also outlined concerns to lawmakers over requirements for reporting the use of such foam and PFAS action levels identified to measure effective treatment.

"If you're testing with firefighting foam containing PFAS and you can't meet those new mirror values ... you have to shut down your operations until you can meet them," said Manley. "That's the definition of a standard when government tells you, you can't do something unless that's a standard. So there's no question that these are standards."

A long list of groups previously submitted comments to the Natural Resources Board in support of the emergency rule, including environmental groups and the Wisconsin State Fire Chiefs Association.

Clean Wisconsin, the Sierra Club and Wisconsin Conservation Voters were among a number of environmental groups who were not invited to speak at Friday's hearing. They submitted joint comments to the committee in support of the emergency rule.

"By gutting these rules, JCRAR is doing the bidding of industry PFAS users," said Michiels in a statement. "To add insult to injury, the hearing completely cut out the people who are dealing with the health consequences of contaminated drinking water and demanding action from their lawmakers."

Tony Wilkin Gibart, executive director for Midwest Environmental Advocates, highlighted in a statement that Republican Assembly Speaker Robin Vos, of Rochester, convened a water quality task force last year that produced a package of more than a dozen bills to clean up water, including by addressing PFAS.

"Through their last legislative act of the session, legislative Republicans have made clear who they listen to — not the people of Marinette, Milwaukee, Kewaunee and other communities impacted by PFAS pollution, but industry groups that put profits over people," said Gibart.

Doug Oitzinger, a former mayor of Marinette and current Marinette City Council member, said in comments that contamination stemming from Tyco's fire training facility will exist "long after all of us are gone."

"The DNR has the responsibility to establish an emergency rule that implements the clear intent of Act 101 and not bend to the wishes of industry that doesn’t care that thousands of people now live in a beautiful area that is contaminated (by) PFAS from firefighting foam," wrote Oitzinger.

Environmental regulators are monitoring more than 50 sites with PFAS contamination across the state, including Superior, Marinette, Madison and Milwaukee. The DNR has been working to craft standards for PFAS in drinking water, surface water and groundwater.

Last year, the state Department of Health Services recommended a combined groundwater standard of 20 parts per trillion for two of the most common PFAS chemicals: PFOA and PFOS. State health officials expanded that recommendation to include four additional PFAS substances in November.

No federal standards exist for PFAS, although the Environmental Protection Agency has set a health advisory level of 70 parts per trillion for PFOA and PFOS.