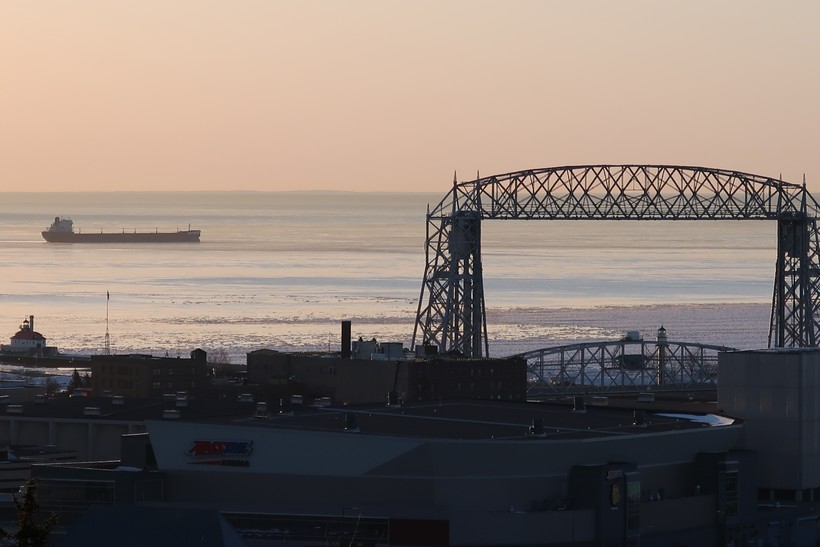 Construction of a new lock is expected to prevent any shutdown of the shipping season if the aging Poe Lock were to fail.

The U.S. Senate passed legislation on Wednesday that would authorize funding to build a roughly $1 billion new lock at the Soo Locks at Sault Ste. Marie, Michigan. The locks are the gateway for ships from the lower Great Lakes to ports on Lake Superior.

A report from the U.S. Army Corps of Engineers earlier this year validated findings from the U.S. Department of Homeland Security that a six-month closure of the lock would reduce the gross domestic product by about $1.1 trillion.

"It really keeps the Port of Duluth-Superior and the ore docks in Two Harbors and Silver Bay connected to the Great Lakes and the rest of the St. Lawrence Seaway system," said Adele Yorde with the Duluth Seaway Port Authority.

Only the Poe Lock at Sault Ste. Marie can handle 1,000-foot ships that haul iron ore and other cargo from places like the Twin Ports to the lower lakes, said Glen Nekvasil, vice president of the Lake Carriers’ Association.

Nekvasil said construction of the lock is vital for the steel industry and national defense.

A 2015 U.S. Department of Homeland Security report said failure of the lock for six months during the shipping season could put 11 million people out of work and trigger a nationwide recession.

The need for a new Poe-sized lock was first identified in 1986. Great Lakes Commission Chairman John Linc Stine said the authorization of funding would greatly enhance shipping and maritime capacity on the Great Lakes.

"If a lock were down for a short period of time, it would provide a dramatic and instantaneous economic impact negatively on our economies in the Great Lakes," Stine said.

The legislation also addresses water infrastructure needs, including investments in aging wastewater and drinking water systems. Stine, who is also the commissioner of the Minnesota Pollution Control Agency, said the bill would also authorize a Great Lakes Coastal Resiliency Study for protection and management of shorelines.

"Duluth is flooding today. Our pollution control agency office in Duluth had to close because of the surge on Lake Superior into the Twin Ports,” Stine said. "We know that lake levels on the Great Lakes system are up across the system right now and making sure our nearshore habitats and shorelines are resilient is critical for our communities."

"I am proud that we are working together to change how communities respond to water crises, improve public health and protect our coastal communities and freshwater resources, including the Great Lakes, for future generations to come," Baldwin said in  a release.

The legislation heads to President Donald Trump for his signature.