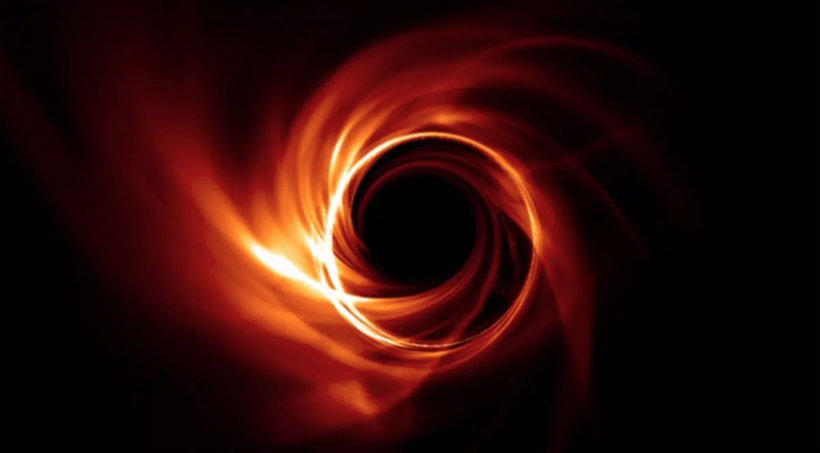 An image depicting all the black hole simulations that were conducted using the Open Science Pool platform to see Sagittarius A*. Photo courtesy of EHT Theory Working Group, CK Chan.

If your to-do list feels daunting, imagine if there were 5 million tasks on it. That’s what it took to capture the first image of Sagittarius A* — a massive black hole at the center of our galaxy.

And that big achievement had a small assist from computer scientists at the University of Wisconsin-Madison.

Event Horizon Telescope, or EHT, a global consortium of astronomical scientists and institutions, used eight giant telescopes positioned around the world to capture the image.

These are not the kind of telescopes used in backyard stargazing. They’re more like antennae that detect electromagnetic activity in the form of radio waves.

But translating and assembling all this data into something we can actually see meant doing many complex computations. Five million, to be exact.

"What was required in this particular instance was to create new algorithms that didn't exist before to reconstruct these images," said Sebastian Heinz, a professor of astronomy at UW-Madison who studies black holes. "In order to process this kind of data you need to link together many, many different computers."

Miron Livny is the director of UW-Madison’s Center for High Throughput Computing. For more than 30 years he’s been exploring the outer limits of computer processing.

Early on in his career researching and processing data for scientists, he noticed a trend.

While high-performance computing generally refers to a supercomputer that can handle one really big task, high-throughput computing involves joining many machines together to manage several tasks simultaneously.

Livny developed the software, HT Condor, that creates these high-throughput computing ecosystems, linking thousands of computers together and allowing them to shuffle data back and forth. Instead of putting all the workload on one computer, it takes a divide-and-conquer approach.

And it’s exactly the kind of power scientists needed to generate the image of Sagittarius A*.

"They had to perform about 5 million of these simulations in order to get from what the telescope told them to what they could put into the pictures," Livny said.

To accomplish this, Event Horizon Telescope scientists utilized the Open Science Pool, a collective resource to which institutions across the globe can contribute computing capacity. And it’s built on the high-throughput computing principles and software pioneered by Livny.

Even utilizing the power of the Open Science Pool, performing these 5 million simulations consumed around 20 million computing hours. If one computer had to process all of that data, it could take more than 2,000 years. But thousands of computers working together did it in about three years. 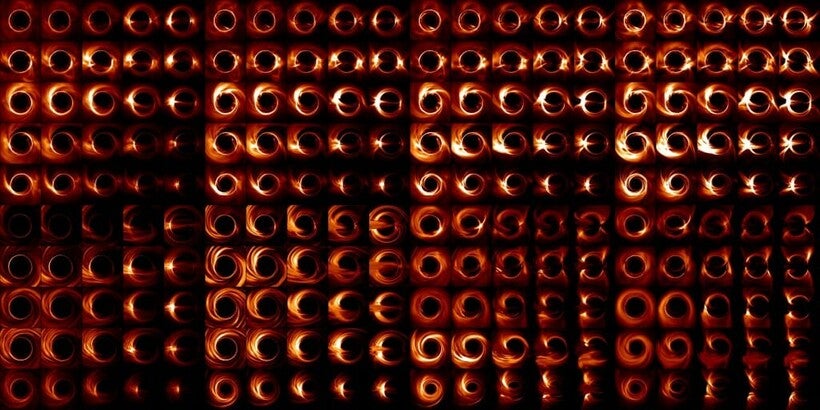 Using a UW–Madison-led computing network, scientists ran millions of simulations of Sagittarius A*, the black hole at the center of our Milky Way Galaxy, to compare to their telescope observations and create images like these, by the University of Arizona’s Chi-kwan. Image courtesy of EHT Collaboration

"We provide this place where you can come and bring your to-do list and then say, ‘Do it,'" he said. "Taking it all and running it and giving (you) the results so (you) can do the science, that is our job."

The center supports nearly 200 computing projects each year in everything from astronomy and economics to COVID-19 and anesthesia research.

Their work has been a part of Nobel Prize-winning research such as the detection of gravitational waves and the discovery of the Higgs boson particle.

And because the center contributes to the Open Science Pool, Livny said it’s likely that some of their processing capacity was used in the imaging of Sagittarius A*.

"I don't want to say that without us they couldn't do it. But they can do better science because of us," Livny said.

Scientists have suspected for decades that many galaxies, including our own Milky Way, have black holes at the center, simply by studying the orbit of nearby stars.

"Our own galaxy is actually very turbulent and messy, especially the reading around our supermassive black hole," Heinz, the astronomy professor, said.

With a constantly changing environment, he said, it’s hard to generate an accurate picture of Sagittarius A*.

And the size of the black hole makes a difference, said Ellen Zweibel, a professor of physics and astronomy at UW-Madison. 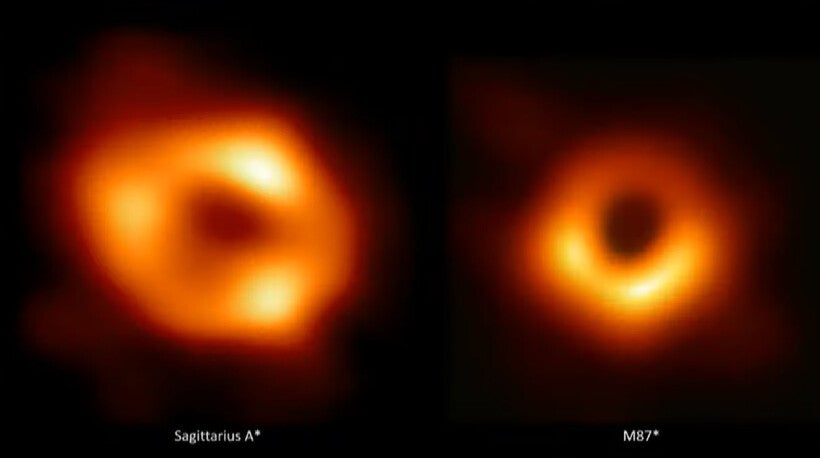 The first black hole that was imaged in the M87 galaxy is 1,500 times more massive than Sagittarius A*, but it's also 2,000 times farther away from us, so the two images look similar when seen together. Screenshot from the National Science Foundation

It was the opposite for Sagittarius A*.

"It was (like) trying to take a picture of a child running in the dark," Zweibel said.

Even though EHT scientists have had the data for both black holes for the same amount of time, Zweibel said Sagittarius A* required a lot more processing to align data points, remove errors and get an accurate image.

"You have these floods of data from each telescope, and you have to cross-correlate them to just a miniscule level of accuracy to reproduce, as faithfully as possible, what the single telescope would see," Zweibel said. "You could imagine dedicating a single supercomputer to that process. But there's an alternative ... where you have many, many computers, each one of which is devoting a small part of its operating power to this problem."

'The principle of sharing'

At the core of HTC and the OS Pool is a simple concept — one often taught to children.

"You have to accept the principles of sharing," Livny said. "I'm willing to share with the bigger community my capacity … which is different than somebody telling me what to do."

According to Livny, there is an ethos in the OS Pool community that no problem should go unaddressed if there is a computer somewhere in the world that can solve it.

Livny encourages other campuses that aren't currently involved in the OS Pool community to get involved.

"The principle of sharing has a huge impact on the ability to do science," he said.

And for scientists like Heinz, the collaborative approach of groups like Event Horizon Telescope is as massive as the black holes they find.

"It is one of those projects that are awe-inspiring, because they bring together all of humanity in some way to create something incredible and new," Heinz said.

To the event horizon ... and beyond

The images of the black hole depict a black circle surrounded by a swirl of fiery light.

But Heinz said we’re not actually seeing the black hole itself. We’re seeing its shadow and the environment around it.

Black holes have a feature called the event horizon, also known as the space-time fabric.

"Anything that's inside the event horizon has to travel inward and cannot escape," Heinz said.

The gravitational pull near the event horizon is so strong that it actually bends light traveling near it.

He added that these recent images of black holes do confirm aspects of Albert Einstein’s 1915 theory of general relativity — that gravity is basically the result of massive objects warping the space-time fabric.

But the verdict is still out on time travel, in case you were wondering.

According to Heinz, time does indeed slow down near black holes. And if you happened to fall into one, you could potentially travel far into the future of the observable universe on the outside. But, Heinz said, black holes are a less than ideal means of time travel.

"You can't ever come back out and tell anybody about it, and you would die pretty soon afterwards," he said.