Wisconsin voters went to the polls Tuesday to cast ballots for a series of primary races. Get statewide results for the election. Visit WPR's Politics Page | See Results 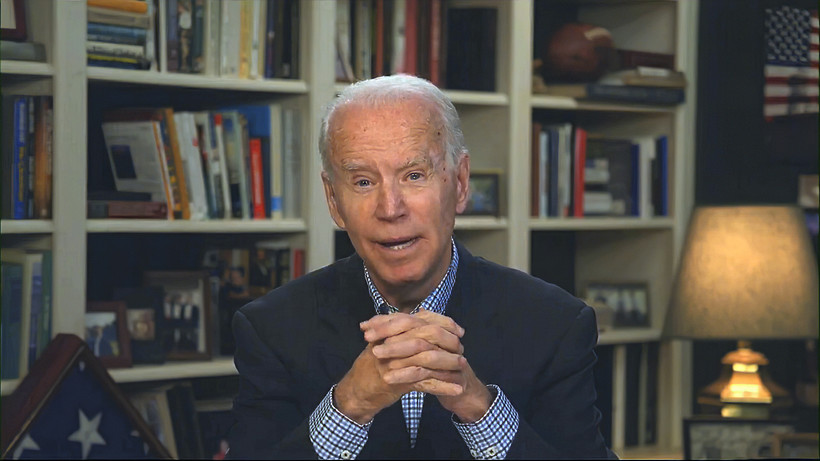 Former VP Tells ABC's 'This Week' The Party 'May Have To Do A Virtual Convention'
By WPR Staff and The Associated Press
Updated:
Sunday, April 5, 2020, 10:55am
Share:

Joe Biden says the Democratic National Convention may need to take place online as the pandemic continues to reshape the race for the White House.

The convention in Milwaukee already has been pushed back from mid-July until the week of Aug. 17, but for how many days is unknown.

The former vice president told ABC's "This Week'' the party "may have to do a virtual convention."

Joe Biden tells @GStephanopoulos that holding the Democratic convention is “necessary,” but Democrats “may have to do a “virtual” convention amid the COVID-19 threat.

He said Democrats may not be able to put tens of thousands of people in one place. Biden previously told MSNBC's Brian Williams he expected the convention would be postponed.

Organizers for the event that was planned for July 13 to 16 in the city made the announcement Thursday after weeks of speculation. The Democratic National Convention Committee has been working on contingency plans for the convention.

Previous plans for the convention were expected to bring 50,000 people to the city and surrounding areas, and visitors would have included delegates, national media and other visitors.

The event, as originally scheduled, was expected to have a $200 million economic impact in Wisconsin. It would have brought business to dozens of downtown Milwaukee hotels, restaurants and bars. Restaurants and bars have been closed since March 17, and many hotels have temporarily closed.

Biden has a commanding lead in delegates needed to clinch his party’s presidential nomination.