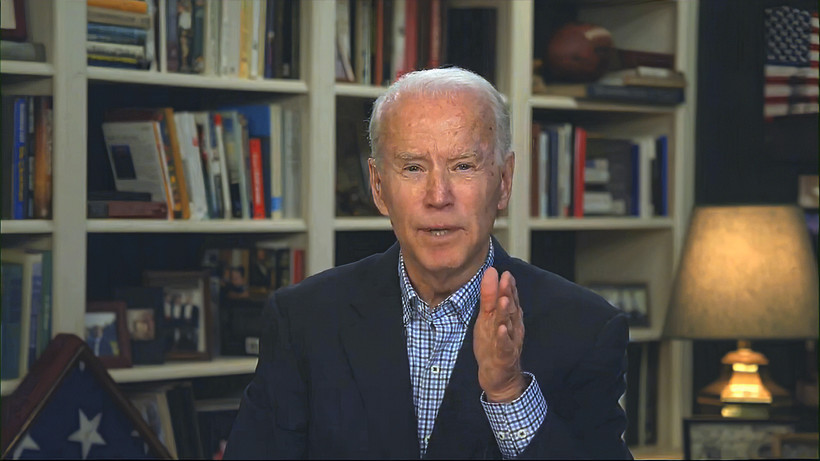 Former Vice President Joe Biden said Tuesday he wouldn't be surprised if the Democratic National Convention is rescheduled due to the ongoing coronavirus pandemic.

The convention is scheduled to take place in Milwaukee July 13 to 16.

"It's hard to envision that," Biden said during an interview with MSNBC's Brian Williams. "Again, we should listen to the scientists. And you know one of the reasons why the Democratic convention was going to be held early was the Olympics were coming after the Republican convention. There's more time now. I think we're going to, again, we ought to be able to do what we were able to do in the middle of the Civil War all the way through to World War II: have Democratic and Republican conventions, and primaries, and elections, and still have public safety. And we're able to do both. But the fact is that it may have to be different."

For the last several weeks, the Democratic National Convention Committee has been working on contingency plans for the convention. The event is expected to bring 50,000 people to Milwaukee and the surrounding area.

On Wednesday, Committee CEO Joe Solmonese said these challenging times are requiring everyone to be thoughtful about the moment we're living in.

"Providing an opportunity for our candidate to reaffirm our democratic values, unify the party and share his vision for a safer and stronger future for our country has never before felt more important," Solmonese said. "As we continue to put plans in place for a successful Democratic National Convention this summer, we will balance protecting the health and well-being of convention attendees and our host city with our responsibility to deliver this historic and critical occasion."

During a press conference Wednesday afternoon, Milwaukee Mayor Tom Barrett said everyone recognizes the DNC will not happen in its current form. Barrett said after working on the convention — in a municipal capacity — for the last year, city employees have not done any work on the project for the last six weeks.

"This is on the back burner in terms of what the city's priorities are, as they should be," Barrett said. "First and foremost is the health care crisis. And second, the economic crisis that accompanying it.

Milwaukee Alder Robert Bauman also said he doesn't believe the DNC will be held at all in Milwaukee.

"I think it's impossible to postpone past Labor Day as a practical matter — they've got to nominate someone," Bauman said. "And I don't think postponing a month is going to save it either. I think large gatherings are done for a year."

Bauman said the city of Milwaukee hasn't spent any money on the DNC, nothing was budgeted in 2020. Milwaukee police and fire services were going to be paid for by the local host committee, which has been raising private funds for the event.

The DNC is expected to have an economic impact of about $200 million on Wisconsin.