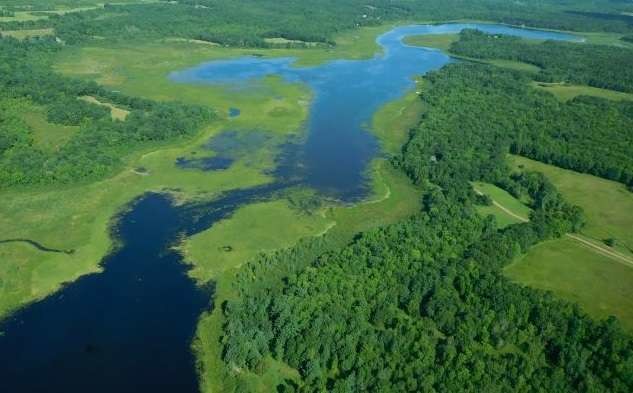 The Great Lakes Indian Fish and Wildlife Commission is forecasting another below-average year for wild rice in northern Wisconsin.

The commission, which represents 11 tribes in Minnesota, Wisconsin and Michigan, conducts aerial surveys of the crop each year in northern Wisconsin. Portions of Forest, Polk and Sawyer counties are experiencing a good yield for wild rice. But, overall, commission wildlife biologist Peter David said the crop appears to be less abundant this year due to heavy rains and high water levels.

"Even on the aerial surveys, you’d see sort of the ring of dead trees around many wetlands or lakes from the water that’s been high all summer," David said.

The below-average season comes on the heels of a poor yield in 2017, David said. He noted the loss of "a jewel of a wild rice bed" after June flooding took out the Radigan Flowage Dam in Douglas County.

"Rice is not that common across the landscape so that when a place like Radigan blinks out — that flowage drains and disappears — we lost maybe 1 percent of the rice abundance in northern Wisconsin," David said. "It seems like those events are happening more and more often."

David fears losing a few wild rice beds each year may add up to significant losses over time. That’s concerning for Ojibwe tribes who subsist on the crop. Wild rice, or "manoomin," is culturally significant to tribes like the Bad River Band of Lake Superior Chippewa.

Tribal Council Member Dylan Jennings said they use wild rice in all of the tribe’s ceremonies or feasts.

"That’s what our ancestors fed upon and that’s what we were given as Anishinaabe to survive," Jennings said.

Tribal elders say the plant was more abundant on the reservation in years past.

"You could just sit your canoe in there and rice there all day and your canoe would just be filled," Jennings said. "Nowadays, sometimes we struggle to find the rice the way it used to be a long time ago."

The tribe is concerned about how land uses upstream from the reservation, extreme weather and high water levels may be impacting wild rice.

"Climate change has been, we feel, one of the big contributors for the introduction of and the thriving of invasive species and other species that compete with manoomin. Some of the severe weather we’ve received from the flooding to other environmental things that have been happening — water levels are a big thing," Jennings said. "If the water’s too high, if it’s too low, the wild rice is a very delicate plant in that it needs really specific conditions to thrive."

"It’s something that’s enhanced by warm, wet, humid conditions," he said. "Our summers are getting warmer all the time it seems like."