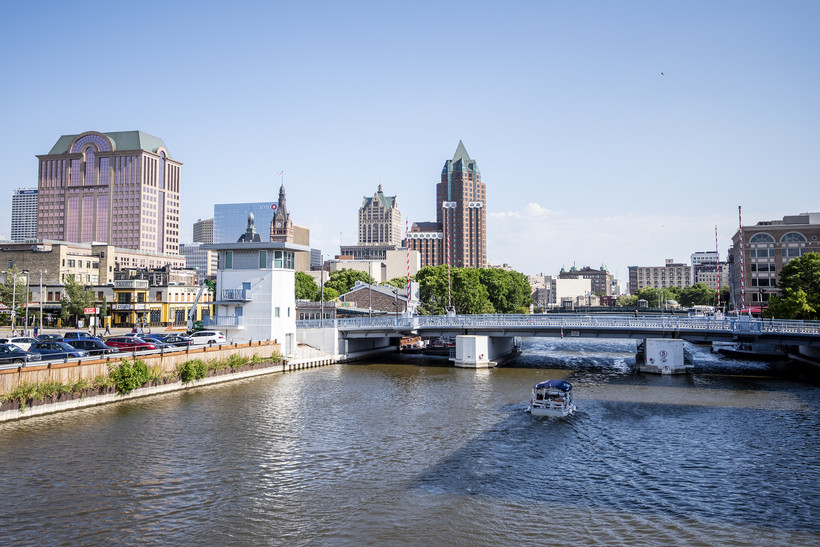 A boat travels on the Milwaukee River on Wednesday, June 23, 2021. Angela Major/WPR

Beating the heat: Milwaukee to join cities across the nation in measuring heat island effect

Doctor predicts public health impact will only 'get worse as temperatures rise with climate change'
By John Davis
Share:

Milwaukee is measuring how extreme heat affects the city — hoping to avoid major heat-related fatalities that occurred across southern Wisconsin in 1995.

On one 90-degree day this summer, volunteer citizen scientists with weather sensors attached to vehicles will spread out across Milwaukee to measure the air temperature in the morning, afternoon and night.

"We'll be looking at the weather patterns to try and find a good day to do the study," said Tim Halbach, warning coordination meteorologist with the National Weather Service in Sullivan.

"A hot, dry, sunny day is preferred. The study will happen sometime in July, which is climatologically our hottest time of year."

The information gathered will be used to come up with strategies to cool the city’s air and lessen the health impacts of extreme heat events.

"We want to know how ambient air temperatures are distributed across the city of Milwaukee and that’s information that doesn’t exist now," said Dan Buckler, an urban forester with the Wisconsin Department of Natural Resources, who is helping coordinate the one-day sampling in Milwaukee.

Buckler said while there may be a strong correlation between air and surface temperatures and measuring how hot a road is can be important information, the surface temperature won’t be an indication of what people feel in the air when they're walking around on a hot summer day.

The information can be used to determine where to plant more trees and create more green infrastructure, lighten the color of impervious surfaces like roads and buildings to reflect the heat or where to better locate cooling centers in Milwaukee, Buckler said.

The DNR is currently seeking volunteers to collect data as part of the mapping effort. Among the organizations working on the study this summer are the Milwaukee Metropolitan Sewer District and the Milwaukee Health Department.

Groundwork Milwaukee, an agency that supports around 85 community gardens, promotes green infrastructure jobs and works to promote climate safe neighborhoods in Milwaukee, is also participating in gathering the heat-related information.

Jess Haven, outreach and organizing director for Groundwork Milwaukee, said the disproportionate impacts of extreme heat on people is an interest for the organization.

Haven said Groundwork Milwaukee is hoping to use the results to affect policy changes for residents who are vulnerable during extreme heat.

"A lot of landlords have no incentive to insulate homes better to keep people cool. A lot of people with lower incomes can’t afford air conditioning," she said.

"There are cooling centers throughout Milwaukee, but are they located close enough to where people live?" she asked. 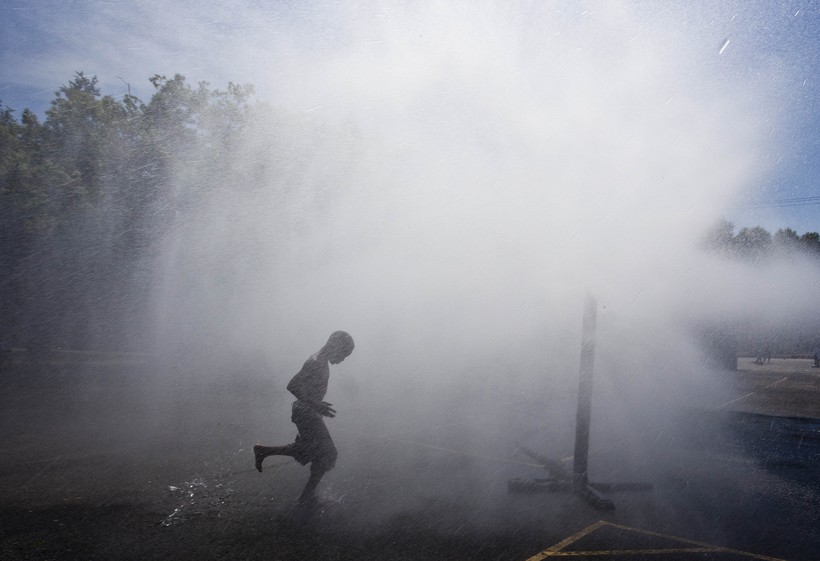 In this July 20, 2011 file photo, Jayson Hamler, 7, of Milwaukee, plays in some water outside a school in Milwaukee. Morry Gash/AP Photo

Extreme heat has been the deadliest weather-related fatality in the United States in recent decades.

A Milwaukee primary care physician who is a member of the group Wisconsin Health Professionals For Climate Action, or WHPCA, said extreme heat is especially tough on people with preexisting health problems.

"Being under significant heat puts your body under enough stress that it just makes you much more likely to hit a tipping point where you go from being OK with your chronic medical conditions to suddenly not being OK," said Dr. Victoria Gillet.  "Part of that is just the pressure it puts on your body as your body has to adapt to the (heat) demands."

The WHPCA isn’t involved in this summer’s air temperature study, but Gillet said she welcomes the results and any changes that result in reducing extreme heat events in Milwaukee.

For a few scorching days in mid-July of 1995, dozens of Milwaukee residents and others in south central Wisconsin died from the heat. The historic heat wave has been the subject of health studies by federal agencies like the Centers For Disease Control and Prevention.

"That’s what I point to when I want to talk to people about lack of preparedness. Those were not temperatures that Milwaukee had really experienced before and so people didn’t know it’s important to stay cool, move around less and keep medications refrigerated," Gillet said.

"Another reason why the deaths were worse in Milwaukee than the outlying suburbs is because of the urban heat island effect. There is so much heat-absorbing infrastructure that we retain the heat," she added.

Milwaukee is joining a growing list of cities across the country in measuring the impact of extreme heat on urban areas.

In the past five years, 69 communities nationwide have done similar studies to map so-called urban heat islands. Another 14 cities will study the heat this year.

The National Oceanic and Atmospheric Administration, or NOAA, has been partnering with CAPA Strategies, which analyzes the data and prepares a report for each city.

"There are a number of different ways the campaigns are applied, but they are really important for building public awareness and educating people on the risks of extreme heat," Jones said.

Buckler with the DNR, said the study will also help measure the impact Lake Michigan has on extreme heat in Milwaukee.