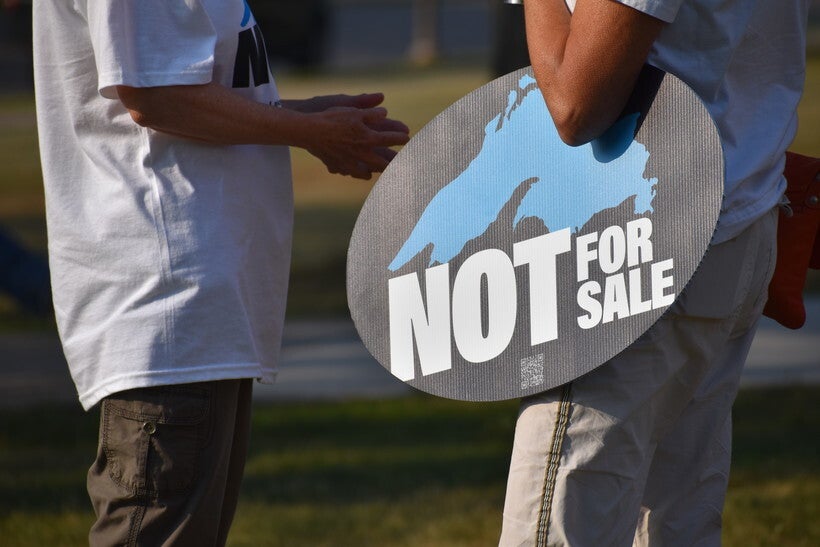 County and state officials hope to pinpoint locations, flows and depths of the springs
By Danielle Kaeding
Share:

Bayfield County residents will soon have access to a map of the county's artesian wells, following a controversial proposal to bottle and sell water from a well near Lake Superior.

The water startup Kristle KLR, founded by Kristle Majchrzak, sought a special land use permit last year to bottle and sell water from property that she and her father Robert Glau own in the town of Clover, locally known as Herbster. Majchrzak proposed building underground storage tanks that would capture water from an artesian well flowing at a maximum rate of 7,200 gallons each day.

The proposal sparked more than 1,600 comments in opposition to the project, and Bayfield County denied the company's permit. Kristle KLR is fighting that decision as part of an ongoing legal challenge. 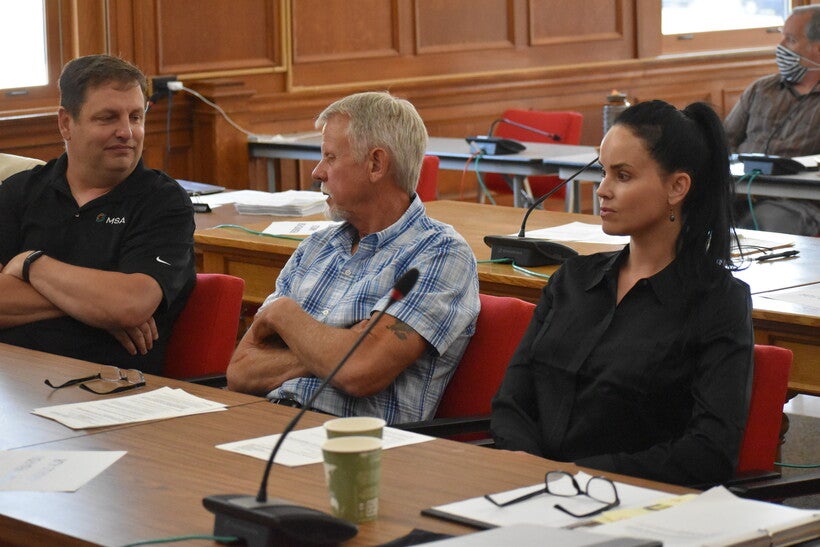 Duluth resident Kristle Majchrzak (far right) proposes to bottle and sell water from a well on property in the Town of Clover — commonly known as Herbster — for her company Kristle KLR. Danielle Kaeding/WPR

In January, the Mary Griggs Burke Center for Freshwater Innovation at Northland College in Ashland released a report that recommended ways to protect the county's artesian aquifer. That included a suggestion to map and inventory the county's artesian wells. Now, that work is getting underway.

"We're going to create an inventory," said Mark Abeles-Allison, the county's administrator. "We'll do some testing of the wells, and then we're going to discuss, are there specific things that we should be doing, trying to ensure that these unique resources are available in the future?"

Residents and tourists have long been drawn to the region's artesian wells because they don’t require pumping. Water naturally flows to the surface under its own pressure.

A 2007 survey by the Wisconsin Wildlife Federation identified nearly 11,000 springs statewide and found as many as 1,000 have dried up. Artesian wells in Green Bay and Prairie du Chien once shot water around 60 or 100 feet in the air but are now a shadow of their former state or nonexistent. In the late 1800s, tourists in Waukesha flocked to the "Spring City." Now, the vast majority are gone, according to the Northland College report.

The county is working with the Wisconsin Geological and Natural History Survey to collect the data. Records indicate at least 60 artesian wells exist in the county or did at one time, according to hydrogeologist Pete Chase. He said most appear to be located near the lakeshore. Many wells are also located on private property, and they're currently seeking permission from landowners to collect information on those wells in late September or October.

Chase and other hydrogeologists aim to collect data not only on the locations of wells, their flows and depths. They'll also be sampling wells for the presence of bacteria, metals and nitrates. Abeles-Allison encouraged landowners to take part in the mapping effort by contacting the county or Grace Graham at the Wisconsin Geological Natural History Survey.

The findings are set to be presented to the county board in January.

The region's artesian wells are a local treasure for many people living in the area, said Chase.

"Many people will do a weekly run into one of these wells to fill up with their drinking and cooking and coffee-prepping water just because the taste is so great," Chase said.

Chase said he and other hydrogeologists suspect the taste is better than water from other areas because many artesian wells are located in a sand layer that's below the lake's red clay plain. That provides a good barrier between the source and the surface, where contaminants could seep into groundwater.

Herbster resident Dana Churness often stops at an artesian well in nearby Cornucopia on the Bayfield peninsula to get drinking water.

"We have a well, but it is full of iron," Churness said. "It doesn't taste so good, and so I've been hauling water for 14 years in the town of Clover just because the taste is so good." 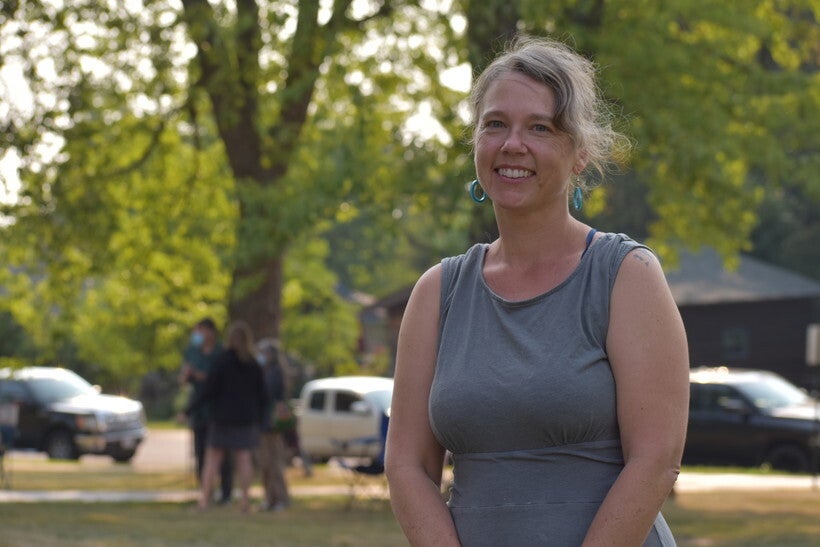 Herbster resident Dana Churness, board member of Lake Superior Not For Sale, opposes a proposal to bottle and sell water from a well near Lake Superior. Danielle Kaeding/WPR

Churness serves as a board member for the nonprofit Lake Superior Not For Sale, which opposes Kristle KLR's proposal to bottle and sell water. Opponents fear the company's project would threaten the region's water resources, tribal treaty rights and open the door for large corporations to extract water.

The proposal's critics have also said it exploits a loophole in the Great Lakes Compact — a landmark agreement that bars water diversions outside the Great Lakes basin. That allows water to be removed from the basin in containers of 5.7 gallons or less, giving local and state governments oversight of smaller withdrawals

In June, Barron County Circuit Court Judge J. Michael Bitney upheld the county's denial of a permit for the project. The judge ruled the decision fell within the county's jurisdiction, adding that Kristle KLR's application didn't describe a permissible land use.

Minneapolis attorney Jack Perry, who represents Kristle KLR, said they're appealing that ruling. He argued the company's proposal is exempt from land use requirements under the county's zoning ordinance because it falls under the authority of the Wisconsin Department of Natural Resources.

Perry also maintains the company's application met requirements for a conditional use permit listed under a provision for irrigation facilities, canals and dams.

The county has argued the proposal didn't meet that classification to obtain a permit, adding the DNR has not granted a permit for the project. The state only regulates withdrawals from high-capacity wells that draw 100,000 gallons or more daily. Majchrzak’s proposal falls well below that threshold.