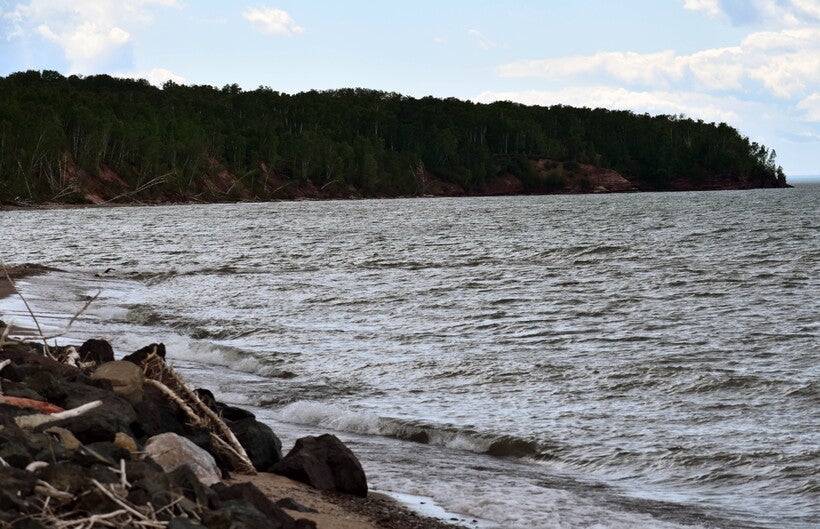 A Duluth resident planned to bottle and sell water from a well on their property near Lake Superior, but the proposal was shot down after many residents voiced fears those plans would harm the area watershed.

The Bayfield County Planning and Zoning Committee denied the proposal following a public hearing Thursday, when residents voiced opposition to the plans. The proposal raised concerns over whether it violated the intent of a landmark agreement that aims to prevent water diversions outside the Great Lakes basin.

Kristle Majchrzak and her father Robert Glau applied for a conditional use permit with the county in February for their company, Kristle KLR, to install underground storage tanks that would capture water from an artesian well on roughly 40 acres of land in the Bayfield County community of Herbster. The water would then be collected by tanker trucks and transported off site to be bottled at a facility in Superior. The proposal involved selling the water in Wisconsin and Minnesota, as well as online to customers across the country.

The plans prompted more than 60 letters of opposition, according to county officials. Some neighbors said the proposal violates the spirit of the Great Lakes Compact. The agreement signed by eight Great Lakes governors in 2008 aims to protect the lakes from threats to divert water outside the basin.

"Our waters are an ecosystem we all share, not a commodity for the profit of a few," wrote Herbster farmer Claire Hintz to the committee. "The Governor's Compact was intended to keep all of the Great Lakes' waters in the watershed."

"I have been personally attacked, screamed at, hung up on and called a (liar) for no reason other than trying to start a business," Majchrzak wrote to the committee.

Others said the proposal threatened to undermine the landmark agreement through a "legal loophole."

Majchrzak told the committee Thursday she was sensitive to people's concerns and requested more time to gather information to address any issues, urging officials to postpone action.

Linda Nguyen, environmental director for the Red Cliff tribe's Treaty Natural Resources Division, was among those who shared concerns over the lack of details surrounding the project.

Nguyen questioned the source of the water feeding the well, volumes that would be used, and impacts to nearby waterways and wetlands. She said the proposal threatened to set a dangerous precedent for water withdrawals in the area, adding that water is considered a sacred relative in Ojibwe culture that brings life and medicine.

"The withdrawal of water from our watershed without sufficient analysis can lead to detrimental consequences within the watershed and neighboring environments," said Nguyen.

Attorney Max Lindsey also spoke on behalf of himself and nearby landowners in opposition to the project.

"This flowing artesian well water is one of the hidden gems that we have up here," he said.

Lindsey argued no permitted use existed for the couple’s plan, which was portrayed in the application as an irrigation facility. He noted the couple’s project more closely resembled a bottling plant, which is not an allowed use of the site. He also highlighted they were in violation of county zoning ordinances, adding the Town of Clover — also known as Herbster — rejected the application.

"The application is completely devoid ... of the environmental impacts of this," said Lindsey.

In the proposal to the county, Majchrzak said she planned to conduct an "eco-friendly and sustainable" operation with plans to use biodegradable bottles and minimize their carbon footprint. However, a 2018 assessment by engineering firm MSA Professional Services noted the capacity of the groundwater formation that supplied the well was unknown, adding it could significantly impact flows in the area.

A follow-up analysis in 2019 of a newly installed well found it could be a viable water source, but also noted excessive pumping could potentially reduce the water supply. However, the report said flow rates were likely lower during the winter when the assessment was conducted and may increase during other times of the year when the ground isn't frozen.

In a memo to the committee, Bayfield County Zoning Director Rob Schierman said the couple misled the public and county officials about the project by failing to include details about the well, tanks and trucking routes proposed.

"Removing water from our watershed and packaging it in single use containers to then be sold across the United States is not sustainable, at some point the downstream impacts to Horseshoe Creek, Bark Slough, and ultimately Lake Superior will become obvious, and at that point it is too late to undo the damage," wrote Schierman.

At the meeting, committee member Jeff Silbert reiterated a point made by Hintz, owner of a nearby farm, that water on Majchrzak’s property is not confined to her land and could impact the entire watershed. He added that any economic impacts of the project would be transferred elsewhere, saying he was unaware of any job creation related to the proposal.

"I just see no benefit to the community," said Silbert.

The committee unanimously voted against a permit for Majchrzak's proposal. Majchrzak has 30 days to appeal the denial.

Editor's note: This story inaccurately reported that Robert Glau and Kristle Majchrzak were a couple. The story has been updated to reflect that Glau is Majchrzak's father.