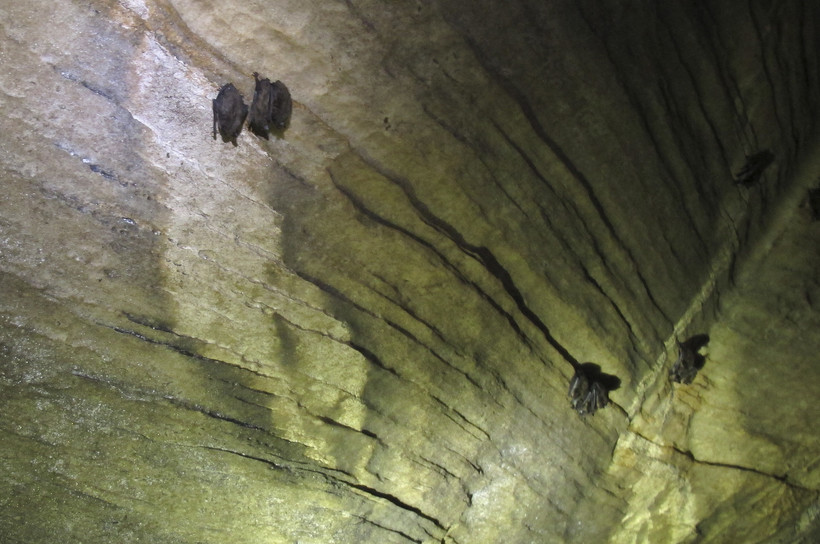 More than 80 percent of Wisconsin counties with known wintertime habitats for bats now have bats infected with the White-nose syndrome.

Last year at this time, the Wisconsin Department of Natural Resources reported that half of the 28 counties with hibernating bats had reports of the deadly bat disease or the fungus that causes it.

This year, the DNR says 24 of the 28 have reported White-nose syndrome.

The increase isn't surprising, given how easily bats spread the fungus to each other, said Owen Boyle of the DNR.

"With some species, little brown bats, even, clustering in groups numbering in the hundreds, you can imagine a fungus can spread pretty rapidly, even under cold conditions." he said.

When infected, the bats can usually keep flying and then carry the fungus to another bat dwelling, Boyle said.

Boyle also explained that White-nose syndrome is also likely becoming more deadly within each hibernacula — caves or abandoned mines where bats live. At a Grant County site where the disease was first found in Wisconsin in 2014, DNR surveyors only found 16 bats this past winter, compared to 1,200 three years ago.

White-nose syndrome has also been found in the eastern United States and Canada.

In a DNR press release, the agency asks the public to build or install bat houses, avoid disturbing bat roosts between June 1 and Aug. 15, and report buildings where bats are present in summer and where bats are no longer living. To reach the DNR, email DNRbats@wisconsin.gov.