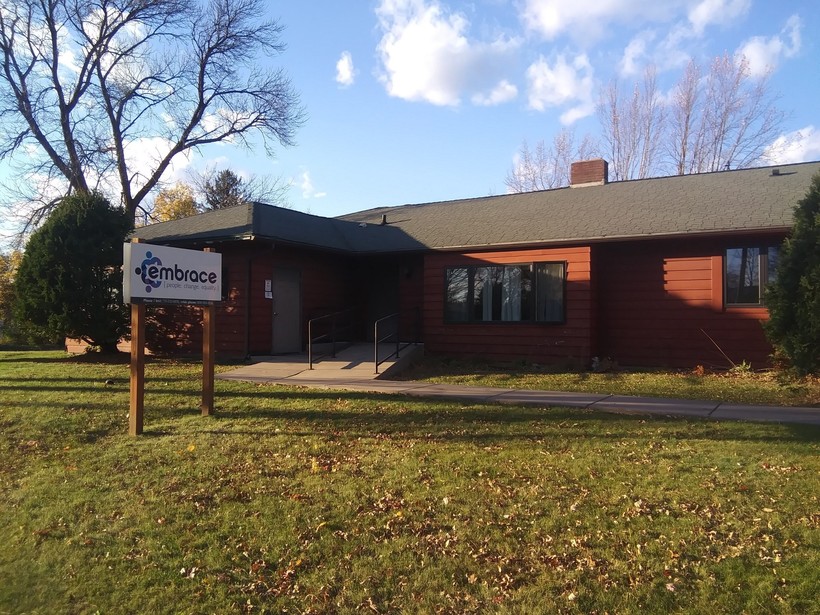 Embrace, a domestic violence victims advocacy organization, has an office and shelter located in the city of Ladysmith, pictured above. Photo courtesy of Embrace

Barron County has cut $25,000 in support for a domestic violence victims advocacy organization for supporting the Black Lives Matter movement and calling for an end to racism and police violence.

The Barron County Sheriff's Department and others in the region are also cutting ties, citing the group's support of "social issues that are negative towards law enforcement."

On Wednesday, Sept. 30 the advocacy organization Embrace issued a statement saying that in order to "end intimate partner violence and sexual violence, we must grapple with our country's long history of racism, slavery, genocide and colonization."

The statement continued by stating that racism and white supremacy are "prevalent in our communities" and that violence disproportionately affects communities of color, including Black women and Indigenous women. It ended by affirming support of the Black Lives Matter movement and calling for allies to "break the cycle of trauma created by racism and violence."

The next week, members of the Barron County Board of Supervisors executive committee went into closed session to discuss the county's relationship with Embrace. After gaveling back into open session, the committee voted to stop funding the organization by cutting $25,000 slated to go to the advocacy group next year. Supervisors also voted to have the county's director of Health and Human Services resign from Embrace's board of directors.

County HHS director Stacey Frolik didn't discuss what happened during the closed session, but told WPR the dispute between the county and Embrace started when "there was some outward facing support for Black Lives Matter."

She said before the Embrace statement went public it was presented to the group's board of directors, of which she was a member at the time. She said she and other board members indicated that the statement shouldn't have been released.

"And from a departmental standpoint, I was not feeling comfortable continuing on as a board member of Embrace, just knowing kind of the stance that they were taking with, you know, with law enforcement," said Frolik. "That made me very uncomfortable personally and professionally."

Frolik said Embrace has been serving as the county's domestic violence and sexual assault advocate for just over a year. Before that, she said the county had one employee who focused on those services. As a result, Frolik said the county didn't have the "depth of services" that it currently does.

She said the $25,000 that would have gone to Embrace is still in the county's budget for domestic abuse services. The county still refers domestic abuse survivors to Embrace, but Frolik said that funding could possibly be used on direct assistance for survivors if the relationship between Embrace and the county deteriorates further.

Barron County Sheriff Chris Fitzgerald had already resigned from the Embrace board prior to the statement issued at the end of September, in part because of signs posted by Embrace supporting the Black Lives Matter movement, which he said advocates for defunding police departments. Fitzgerald said the group's support could alienate some victims of domestic violence or sexual assault, particularly those with "law enforcement relationships."

"We were some big supporters of Embrace and we felt that they were not supporting law enforcement and taking the side of some of the anti-law enforcement out there," said Fitzgerald.

Fitzgerald said while the relationship has been cut, his department will still refer victims of domestic violence and sexual assault to Embrace for services.

Embrace Executive Director Katie Bement said Barron County's decision to cut the $25,000 in future support caught them by surprise. She said the organization's support of the Black Lives Matter movement is not a criticism of local law enforcement agencies.

"We really have this understanding that racism, police violence, sexual violence and domestic violence all have the same root causes and they interact and compound on each other, both in society and the survivors we serve," said Bement. "So, we feel we can't remain silent and neutral in the face of violence and oppression, or we're doing harm."

She said none of the survivors of domestic violence and sexual assault they work with have complained about the statement or support of the movement. Bement said local police and Embrace should be able to disagree without defunding services that survivors of violence depend on.

Dave Willingham is the chair of Embrace's board of directors. He said the statement issued at the end of September was reviewed by board members and while some "expressed more misgivings about some of the language than others," no members said it shouldn't be released.

Willingham said the idea that Embrace's support of Black Lives Matter is akin to calling for local law enforcement agencies to be defunded isn't accurate.

"And so it seemed ironic to me that somebody would object to the words 'Black Lives Matter' on the basis that it represents defund the police, and then turn around and advocate for defunding Embrace," said Willingham.

Bement and Willingham said they're hoping to meet with the Barron County Board of Supervisors Executive Committee to explain their statement and advocate for the return of their 2021 funding.

It said the coronavirus pandemic, increased police violence and political and economic upheaval produced the "perfect storm" that advocacy organizations have to face.

"We have spent decades building our movement’s voice and power," said the letter. "How we use them now will define us in the years ahead. Let our actions show that we did not stand idly by. Let them show that we learned, changed, and will continue to demonstrate that Black Lives Matter is a centering practice for our work.”