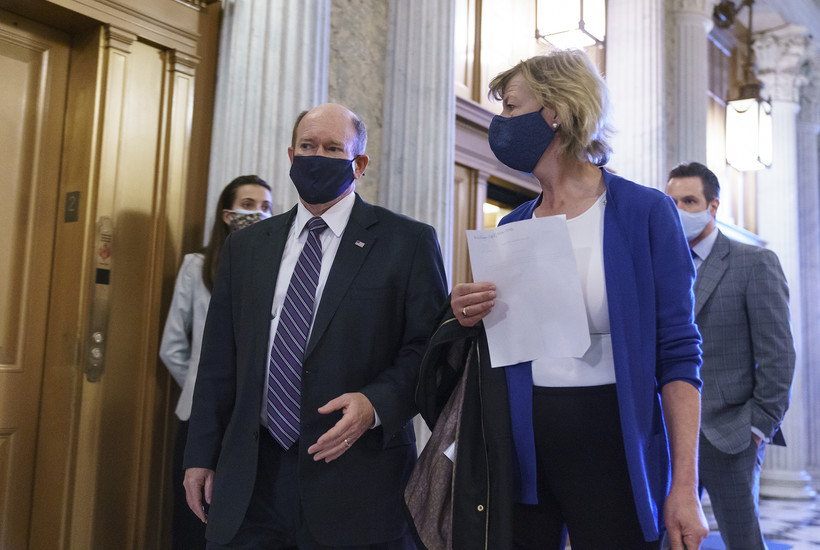 Wisconsin U.S. Sen. Tammy Baldwin says she's "encouraged" by the work of federal and local health officials and commercial and academic labs to track variants of the coronavirus.

While Wisconsin cases of COVID-19 caused by variants are well below other states, the outbreak in India and other hard-hit countries indicates the need for the U.S. to track mutations which can make the virus more contagious and deadly, according to testimony given Tuesday during a hearing of the U.S. Senate Health, Education, Labor, and Pensions Committee.

In March U.S. Sen. Tammy Baldwin, who sits on the committee, called on the Centers for Disease Control and Prevention to scale up efforts to identify and track these new strains through genomic sequencing.

During Tuesday’s committee hearing, CDC Director Rochelle Walensky said they are now sequencing roughly 10 percent of new COVID-19 cases each week. In February, the CDC was sequencing less than half a percent, Baldwin said.

The sequencing is conducted at the CDC, some local public health departments, commercial and academic labs such as the University of Wisconsin-Madison's Friedrich Laboratory. The lab began shifting its work from HIV and the Zika virus to sequencing the genes of coronavirus samples in March 2020, just as the pandemic emerged in the state.

Nearly three-quarters of variants sequenced in the U.S. are the strain first identified in the United Kingdom: B.1.1.7. It’s also the predominant variant in Wisconsin, according to data from the Wisconsin Department of Health Services.

So far Wisconsin has sequenced about 12,000 cases; just a fraction of the total number of COVID-19 infections. The recently passed federal American Rescue Plan includes $1.7 billion to fight COVID-19 variants. Wisconsin is slated to get $4 million.

The federal money will not only expand genomic sequencing of the coronavirus but improve a national data system needed to quickly prevent the spread of unwanted bacteria and viruses, like so-called "superbugs" which are resistant to antibiotics used to treat infections, according to Walensky.