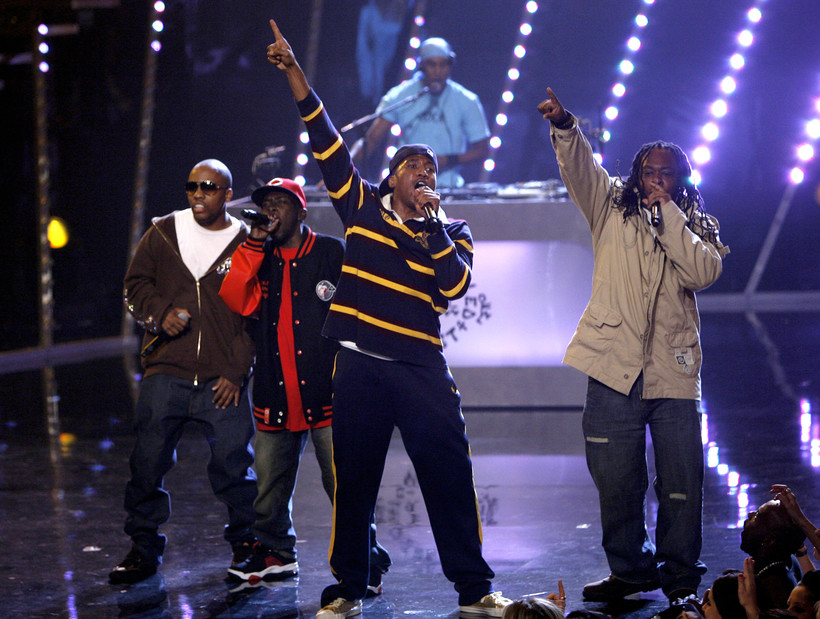 Author Reflects On The Legacy Of A Tribe Called Quest

'Go Ahead In The Rain' Looks At Group Through Lens Of Fandom
By Brad Kolberg
Share:

He told WPR’s "BETA" he recalls the first time he became aware of A Tribe Called Quest.

"I distinctly remember watching the music video for 'I Left My Wallet In El Segundo' shortly after it dropped, and I had to be around 8 or 9 years old.", he said.

'I Left My Wallet In El Segundo' was off the group's first record, 1990's "People's Instinctive Travels And The Paths Of Rhythm." But it wasn't until the release of the group's second record, 1991's "The Low End Theory," that Abdurraqib latched on to their sound and became a fan.

He explained that his parents didn't tolerate a lot of rap music in the house. But because of the classic jazz sounds found on "The Low End Theory," they made an exception.

"Because those sounds were perhaps bringing up some nostalgic feelings for my parents, my older brother was able to play 'Low End Theory' really loud in the house without headphones," he said. "So I gained an affection for 'Low End Theory' through that."

The first track on "The Low End Theory" is "Excursions," which Abdurraqib described as, "one of the great track one, side ones" in music history.

"As an entry point, 'Excursions' is such a great song because it so distinctly shows that you are getting a different group than the group you left," he said.

With its deep sampled bassline and thumping kick drum, Abdurraqib said he thinks "Excursions" sounded good in almost any situation. It could rattle car trunks or sound good in headphones on the way to school.

The Common Thread Of Jazz

"Music history does not begin where I think many people think it begins, and very few artists are the first to do something," Abdurraqib suggested.

He said he thinks A Tribe Called Quest had a keen understanding of jazz music, as well as the history of blues as a precursor for rock 'n' roll.

"They were borrowing from ancestors, but also honoring that borrowing by understanding that they were not the first to attempt the type of sounds they were going for," he said.

Abdurraqib was partly drawn to A Tribe Called Quest because he believed they came from homes like his, where music was always playing.

"When you come from a place where music is always playing, you're kind of building a catalog of sounds you love whether or not you even realize it's happening, you know? Until you set out to make your own sounds," he said.

The members of the group were childhood friends, and that bond is something Abdurraqib said he thinks was important to the group's early success.

"When I was young, I had a crew I rolled with, and you know, you find the right crew, and that crew is gonna be down for whatever," he said.

The Emergence Of Phife Dawg

After appearing sparingly on "People's Instinctive Travels ... ," Phife Dawg began to come into his own on "The Low End Theory." Abdurraqib believes Phife brought a levity and sharp wit to the group that helped, "balance out the group's overall mood," he said.

He said he thinks Phife's contributions to tracks like "Buggin Out" and "Check The Rhime" helped make "The Low End Theory" a truly great record.

"'The Low End Theory' is one of the most critically acclaimed albums of all time, not just in the genre of hip-hop," he said. "Retrospectively, it's seen as more boundary-pushing and groundbreaking as time goes on."

Following the success of "The Low End Theory," Abdurraqib writes in his book that 1993's "Midnight Marauders" was the album, "on which Q-Tip and Phife were most tuned into each other's needs and desires."

"They were more of a group than they'd ever been," he said. "Phife was comfortable and Q-Tip had figured out how to play off of him. It seemed like their styles were bouncing off each other instead of being somewhat lyrically at odds."

"Midnight Marauders" is Abdurraqib's favorite A Tribe Called Quest record, and points to tracks like "We Can Get Down" and "Lyrics To Go" as examples of the group's great creative sync.

Relationships within the group began to fray as time went on, as seen in 2011's documentary film, "Beats, Rhymes & Life: The Travels Of A Tribe Called Quest."

Abdurraqib said the film was about a friendship that was no longer working.

"It's just very hard, I think, to be a public figure and love someone for a long time," he said.

Phife sometimes referred to being diabetic in his lyrics, and died from complications related to the disease in early 2016 at age 45. Abdurraqib was heartbroken when Phife passed, saying "Phife was kinda my guy."

When "We Got It From Here ...Thanks You 4 Your Service" was released in November of that same year, Abdurraqib believes it was a fitting swan song for the group.

Recorded before Phife's death, Abdurraqib said, "It balances grief and anger really well, and I think it's an album that has adult concerns made by an adult group, and I think that's really important."

Abdurraqib's book includes letters to the members of A Tribe Called Quest that get to the essence of fandom by showing the one-sided personal relationships we develop with our musical heroes. 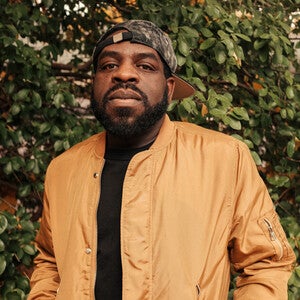 "I wanted to have some level of personal closeness that did not require a response," he said. "The chapters that those letters are in are chapters that express my grief or my curiosities knowing that they don't have to respond."

Abdurraqib said he thinks A Tribe Called Quest were always reaching for a better horizon while trying to remain honest.

"I think about that often," he said. "But also, I appreciate that in some ways, both of them, Q-Tip and Phife, were just cynical and honest."

And he believes that's had a big impact on his own writing.

"You know, sometimes I'm not looking to get through difficulty," he said. "I'm looking for new ways to be honest about it.