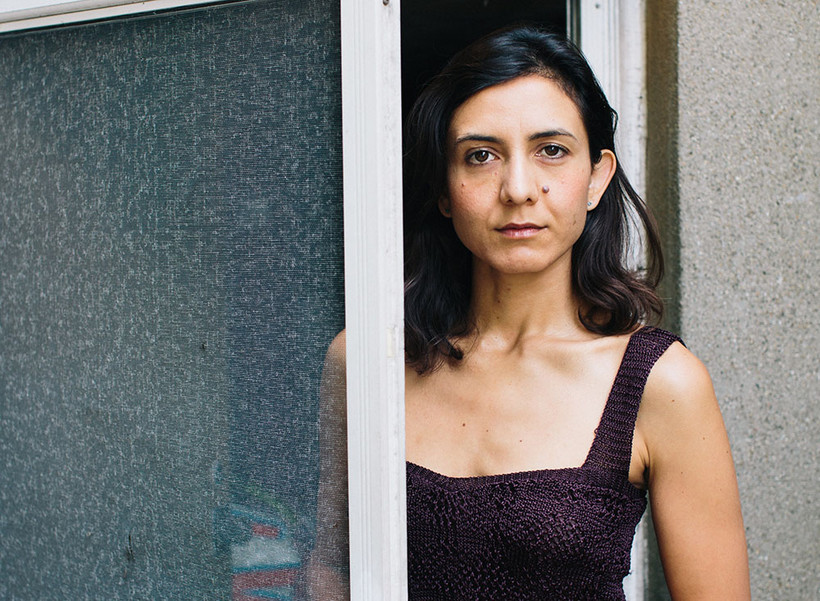 Author Ottessa Moshfegh’s acclaimed 2018 novel — "My Year of Rest and Relaxation" — became oddly prescient earlier this year. It was a compelling story about a woman who intentionally isolates from society by essentially hibernating in her NYC apartment.

In the wake of an unprecedented period where many New Yorkers and citizens across the globe alike entered into an involuntary quarantine, Moshfegh's work is strongly resonating.

Now, she releases her follow-up, "Death in Her Hands" which once again features a protagonist physically distancing herself.

Moshfegh tells WPR's "BETA" that it's simply her approach to finding her literary voice and that it's coincidence, not clairvoyance, that her work reflects a national mood.

"Even though I had times of being very social, especially when I lived in New York," she says, "I've always felt alone, and that is how I perceive things, through the filter of my own consciousness."

Moshfegh also notes that most of her work including her stellar short-story collection, "Homesick For Another Planet" has come through the scope of introspective and isolated characters.

"I've been more interested in interior vocalization of thought and storytelling in that way," Moshfegh said. "I have written books almost exclusively in the first person. So my narratives read like monologues sometimes and that kind of oral writing really lends itself well to freedom."

The New Yorker's Jia Tolentino summarized Moshfegh's ability to capture dismay in a piece reviewing "My Year Of Rest and Relaxation" tweeting, "No one is better than Ottessa Moshfegh on the subject of being alive when being alive feels terrible."

I wrote about My Year of Rest & Relaxation, and how no one is better than Ottessa Moshfegh on the subject of being alive when being alive feels terrible https://t.co/afjDDp7EQa

But Moshfegh disagrees with Tolentino.

"I don't think that I'm only writing about feeling terrible. I think I'm writing about many, many things. And I think that feeling terrible as I dramatize it or novelize it in my projects is something that people are drawn to because it's interesting to watch a person suffer," said Moshfegh. "I've heard that quotation before, and although I understand that it is enormously flattering, I don't want to be remembered just for that."

Moshfegh wrote "Death in Her Hands" in between "Homesick" and "My Year" and says that the process for it was pretty unique from her previous and subsequent projects.

"The process of me writing this book was different from any other book that I'd written. What I did was I sat down and said, 'I need to write a novel right now,'" she explained. "I wrote 1,000 words a day with zero plan and made a deal with myself that I would never read what I had written on any previous day. And I would keep to this 1,000-word minimum until I had reached the end of a novel and I had no idea what novel that was going to be."

The story focuses on a recently widowed septuagenarian, Vesta Gul, who moves to a remote former Girl Scout camp and lives a quiet life with her dog, Walter. One morning on their walk, Vesta finds a handwritten note about a murdered girl named Magda. That kicks off a journey that begins with curiosity and ends with obsessive dissolution.

"To me, it's a meditation on the imagination. I mean, that's what mystery is. That's how you solve a mystery. In your mind. You go inward, you look for clues, you follow the breadcrumbs. And that's also kind of how we live life and it doesn't always come to a very clear ending," Moshfegh said.

Moshfegh's writing process of blocking out her previous day's output helped to get her into the necessary place to write for Vesta and to give her an authentic sense of amnesia.

"We feel her grip on tactile reality somehow dissolve into the water of her fictional mindspace and it sounds so weird, but it's just this kind of thing that happens in the writing," said Moshfegh.

As Vesta becomes more and more unreliable as a narrator, the growing danger of Vesta's investigation becomes palpable.

"If you're a more poetical reader I think there's potential for a kind of metaphysicality that's going on in the evocation of these last couple of pages for Vesta, where we think maybe she is ascending outside of her body into her mindspace, like maybe this is her death. And if it is, it's kind of beautiful."