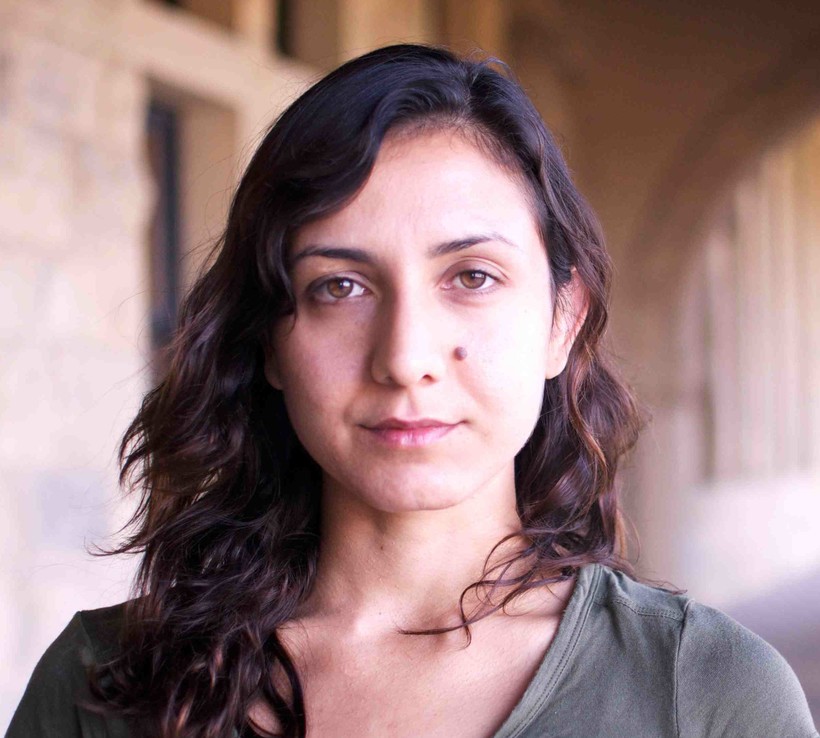 Can Sleeping For A Year Help You Reboot Your Life?

Ottessa Moshfegh is a rising star among young literary fiction writers. Her third novel, "My Year of Rest and Relaxation," was released in July and has received rave reviews.

One critic wrote it "may be the finest existential novel not written by a French author."

The novel is about a woman in her mid-20s living in Manhattan in 2000 and 2001 who is starting a project: sleeping for a year, Moshfegh told WPR's "BETA."

"She has this idea that if she can sleep for long enough, her cells will have regenerated the number of times it would take for them to have forgotten whatever trauma or memory they had been storing in her body and mind," Moshfegh said. "So she’s doing this year of hibernation in an attempt to start herself over."

"I wish that it did more because then maybe I would sleep more. But I’m a little bit too high-wired to take on this kind of project. And people have been asking me, 'Why did you write this book?' And it’s kind of a fantasy, a project of a fantasy self that could sleep because I’ve always been kind of an insomniac and I’m always really, really tired."

The unnamed protagonist doesn't leave her apartment frequently and occasionally sees friends during the year-long project.

When the protagonist is not busy trying to rest and relax, she often finds herself watching and re-watching movies (especially ones starring her hero Whoopi Goldberg) and dealing with her friend, Reva, in what is a complicated and competitive friendship. And the protagonist occasionally leaves her Upper East Side Manhattan apartment for appointments with Dr. Tuttle, who is quite possibly the world's worst psychiatrist.

"She’s sort of an amalgamation and a satire of some psychiatrists that I’ve seen both in real life and in, like, let’s say, like in media," Moshfegh said. "She is the comic relief in this book, although she is also in some ways the most terrifying character to me because she has so much power because she has this prescription pad and can dole out whatever toxic elements this protagonist might be requesting. But Dr. Tuttle appeared to me as a character in her totality. She was immediately funny, immediately absurd, and immediately someone that I just wanted to watch do stuff. Like I wanted to be in her space and her home office with all her weird stuff."

Moshfegh has created what could quite possibly be the most perfect name for a drug ever — "Infermiterol." It's a fictional drug that she considers to be "some kind of hypnotic barbiturate"

"The names of the medicines are like almost words. They’re associative, right, they’re not literal. So I thought about what Infermiterol was going to do and then I was like, OK, 'infirm' is in the word – 'infirm,' like not having a strong mind or body. And then also 'infer,' which to me meant that much could be inferred when somebody takes this drug. And what I think is 'inferred' is that there’s an alternate self that is in control when someone is on Infermiterol. And through that alternate self, things from the subconscious are inferred."

Moshfegh selected an excerpt from the lyrics of Joni Mitchell's "The Wolf That Lives in Lindsey" (from her 1979 album, "Mingus") as the epigraph for the book.

"It occurred to me maybe three-quarters of the way through this book that what was really deep for me in the writing of this book was different levels of experience and how much we are not in control," Moshfegh said.

"And life in contemporary civilization would have us think that if we just make all the right decisions and impress the right people and get the right education and show up and do the right thing, everything will work out fine. Which is ridiculous and I think really dangerous. I was thinking about how much this character seems to be disconnected from herself in the most spiritual way, and I had some compassion for her in her quest to reconnect through sleep somehow, to find this deeper person within her. But inevitably, there are certain things that we can’t control, whether it’s karma or nature."