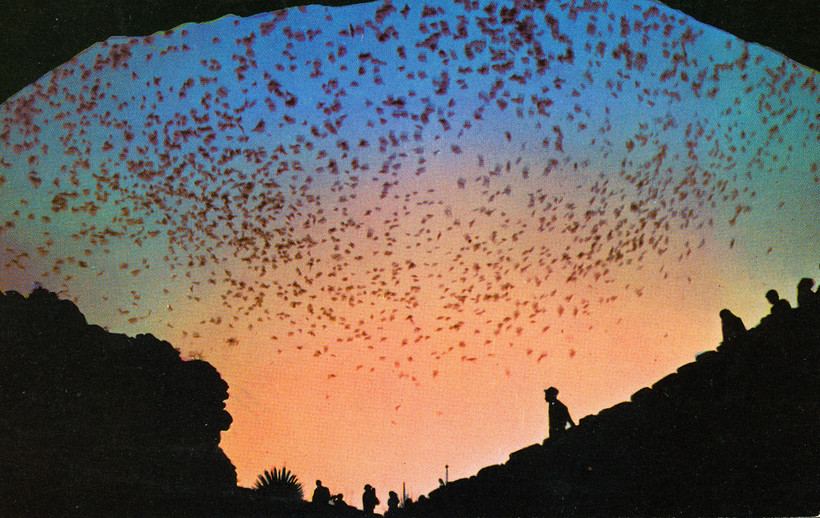 Chuck Wendig's latest novel "Wanderers," opens with a young woman named Shana waking up to discover that her little sister Nessie looks like she's sleepwalking up the driveway. Shana is unable to wake her from her trance. One by one, other sleepwalkers emerge from their houses to join Nessie.

Shana becomes a "shepherd," following Nessie to protect her on her trance-like journey. But the sleepwalking sickness is just the beginning, as terror and violence grip the nation.

Wendig says the book has two main story lines: one about the people who protect the flock; and one about what the sleepwalkers' purpose is.

"Wanderers" came out in July 2019, a mere five months before the World Health Organization first learned of a cluster of cases of pneumonia in Wuhan — which would later be attributed to the new coronavirus.

Bearing an eerie resemblance to current events, WPR's "BETA" asked Wendig if he ever thought his novel could predict a COVID-19-like pandemic?

"Not maybe to the exact beats we're experiencing right now," Wendig said. "We act like a pandemic is an unusual thing. But a pandemic-level disease or at least a capable pandemic disease usually pops up once a decade or so. Usually there's just something we either get ahead of, or it turns out to be not quite as bad as we worry they could be. But, you know, between the flu of 1918 or SARS (Severe Acute Respiratory Syndrome) and MERS (Middle East Respiratory Syndrome) and swine flu, you know, we see this a lot. This one just happens to have gotten its teeth in for a variety of perfect storm-type reasons."

But Wendig did share a few examples of reality mirroring his imagination.

"The first was that in the book, there's an artificial intelligence called 'Black Swan' that predicts the coming of the pandemic before humans see it. And in our reality, I read an article that was about how there is an algorithm called 'BlueDot' that had predicted it, which seemed a little on the nose," he said.

"Wanderers" also opens with a prophetic comment in the form of a comet that passes close enough to the Earth that it can be seen by the naked eye.

"And in reality, now, there's a comet called Comet Swan, which is appearing. And so just like with Black Swan and BlueDot and Comet Swan, it's a little much," Wendig said.

Over the course of "Wanderers," Wendig explores the spread of the pandemic and the frightening ways in which America's social fabric unravels under the strain — one of the more frightening aspects of the story.

"The social unraveling is scary because a pandemic is neutral." Wendig said. "A disease doesn't hate us. It just does what it does. But, you know, other people, when things like the norms and the social contract begins to break down, that's a scarier point. And I will note that I don't think that's really happened in reality. It does certainly kind of happen in the book."

"Wanderers" has been compared to Stephen King's "The Stand," which was originally published in 1978. Wendig acknowledges the influence of King's novel; at one point, even his character Nessie says "the world was dying like it's 'The Stand.'"

"To not acknowledge that would be a huge lie," Wendig said. "I read 'The Stand' very early and it's one of those things that dug its heels in. And so I have it with me. 'The Stand' exists in the world of 'Wanderers.' And it's a book that the characters are aware of."

King has said he's still apologizing all these years later when people a mask come up to him and say they feel like they're living in a Stephen King story.

It's a phenomenon that Wendig has started to experience as well.

"I get emails and tweets and comments every day about how this is some 'Wanderers'-level business," he said. "A new piece of news will drop and people will quote-tweet me or tweet at me about it, like 'Hey, look at this. This is from a book we all know.'"