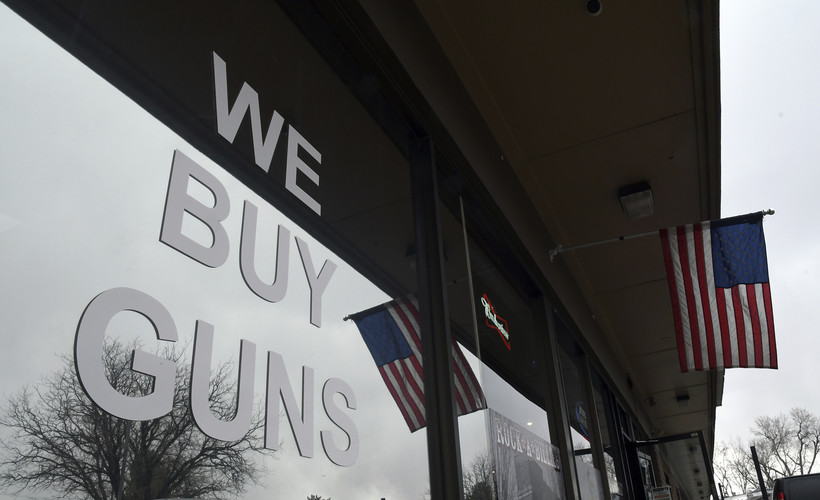 Attorney General Josh Kaul and Democratic state lawmakers are renewing their push for changes to Wisconsin gun laws in the wake of recent mass shootings across the country.

During a Thursday press conference, Kaul and lawmakers called on the GOP-controlled state Legislature to approve measures in Gov. Tony Evers’ budget proposal that would expand background checks on gun sales and allow courts to block some people from buying firearms.

Sen. Melissa Agard, D-Madison, has authored several bills that would do those things, but none have been taken up by Republicans. During the press conference, Agard argued it’s "past time" for the Legislature to take action.

"Going to a grocery store, to work, a place of worship, a playground, it shouldn’t cause or create anxiety or fear for one’s safety," she said. "We shouldn’t have to worry about dropping our kids off at school concerned that the next mass shooting might be occurring right there."

Recent mass shootings in the United States claimed the lives of four people in Orange County, California, 10 people in Boulder, Colorado, and eight people near Atlanta.

Under the governor’s background check proposal, which is sometimes called a "universal background check" measure, all firearm sales in Wisconsin would be subject to background checks. Right now, people who buy guns online don’t need to pass a check.

Kaul said the "vast majority" of gun purchases in Wisconsin are done in places like gun stores, where background checks are required. His agency, the state Department of Justice, oversees many of those checks. Despite the small number, he argued that allowing a path to get around a background check compromises public safety.

Another part of the governor’s proposal would enact a so-called "red flag law" in Wisconsin, which would allow law enforcement or someone’s family or friends to petition a judge to temporarily revoke that person’s right to buy, own or carry weapons.

Several states enacted such laws, also known as extreme risk protective orders, in the wake of the deadly attack at Marjory Stoneman Douglas High School in Parkland, Florida, in 2018. A number of reports following that shooting highlighted warning signs exhibited by the shooter.

"This is a crisis, and it’s a crisis of enormous magnitude," said Sen. LaTonya Johnson, D-Milwaukee, who has also advocated for gun law changes in the Capitol for years. "It’s time that we do our part to protect the citizens of Wisconsin."

Republican legislative leaders have consistently pushed back on the universal background check and red flag law proposals in the past, saying they violate Second Amendment and due process rights. They have argued investments in mental health treatment are a better way to prevent gun violence.