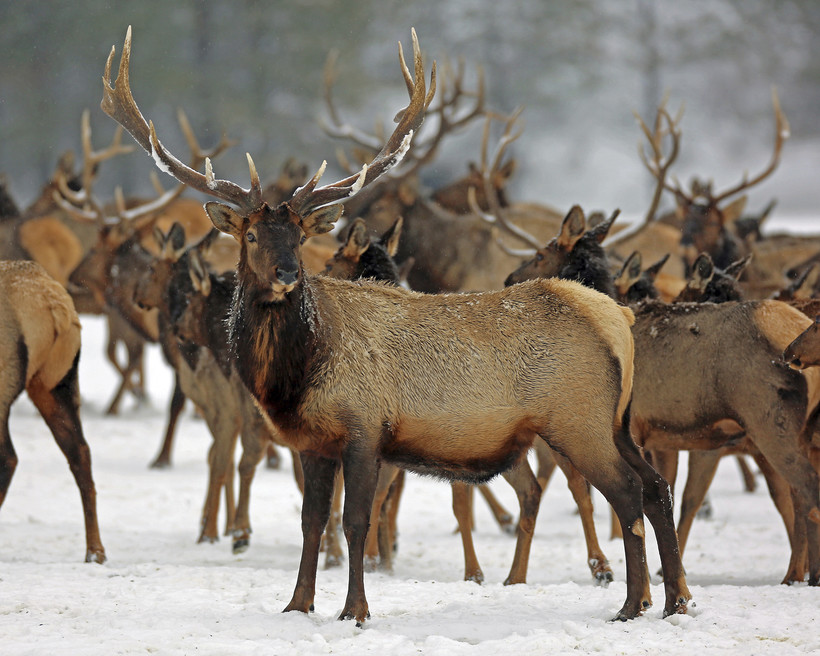 A legislative committee has decided to allow Wisconsin wildlife officials to lift restrictions on the state's elk hunt.

Current regulations allow an elk season if herds in the Clam Lake and Black River regions reach 200 and 150 animals respectively. The number of permits is limited to 5 percent of the elk population. Those rules were set in 2003, according to the state Department of Natural Resources.

The agency proposed a permanent rule change last year, which was approved by the citizen-led Natural Resources Board in September. The final say came from the state Assembly's sporting heritage committee Wednesday, which decided not to object, clearing the way for the DNR to eliminate the restrictions.

DNR big game ecologist Kevin Wallenfang said the initial limits were meant to calm fears that elk would be hunted as soon as reintroduction efforts in Clam Lake began in 1995. He said concerns about placing sport above conservation surfaced again when the DNR proposed lifting the restrictions last year.

"People mistakenly thought it meant we're trying to get rid of the limitations so we can start a hunt faster and that's not at all the case," Wallenfang said. "What we want to be able to do is use the science and use the metrics available to us to let the herd tell us when it's time."

The DNR projects the Clam Lake herd will stand at between 211 to 236 elk after calving this spring. The Black River herd is projected to stand at between 70 and 80. The elk that have been reintroduced into Wisconsin have come to the state through an agreement with wildlife officials in Kentucky.

The state's first elk hunt occurred last fall when four permits were made available through a lottery to sportsmen and women. The permits only allowed male "bull" elk to be shot. More than 38,000 people applied and paid the $10 application fee for a chance to hunt elk in Wisconsin.

According to the DNR, elk were extirpated in Wisconsin during the 1800s due to unregulated hunting and a rapid decline in habitat.

A spokesman for the Great Lakes Indian Fish and Wildlife Commission, which coordinates management efforts of game in the northern third of the state, said the commission was not yet ready to comment on the changes to elk hunting limits.

Editor's note: This story has been updated with original reporting by WPR staff