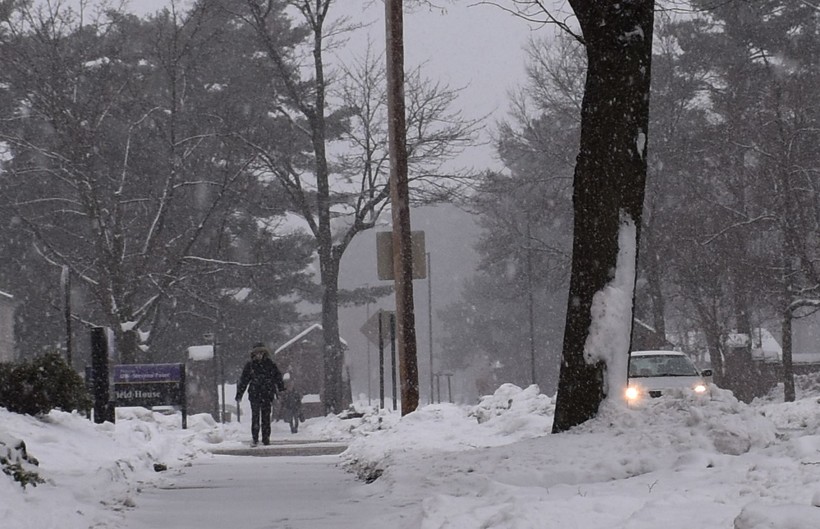 A pedestrian walks onto campus at the University of Wisconsin-Stevens Point at Wausau in the snow, Monday, Dec. 9, 2019. Monday's snow will be followed by a blast of arctic air in Wisconsin. Rob Mentzer/WPR

Snow Monday In The North Will Give Way To Dangerous Cold Tuesday, Wednesday
By Rob Mentzer
Share:

Wisconsin winter's first subzero temperatures are on their way to much of the state.

A blast of Arctic air will cause temperatures to plunge across the state starting Monday night and continuing Tuesday and Wednesday. With it will come dangerous wind chills and frostbite risk.

A snowstorm making its way across the northern part of the state Monday could drop between 3 and 7 inches by the end of the day. Conditions were worse near Lake Superior, where residents already have been hit with a storm that previously dumped up to 20 inches of snow. Central Wisconsin was forecast to get about 3 inches; Green Bay about an inch. Southern Wisconsin saw mostly drizzling rain, with no significant snow accumulation forecast.

But by Monday night, a frigid north wind is going to blow in a dangerous cold front. That front will continue Tuesday.

"Then the real cold air comes in Tuesday night," said Roy Eckberg, a meteorologist with the National Weather Service in Green Bay. It will bring lows of 12 degrees below zero or colder in the north, and in the single digits above zero in the southern part of the state.

After a mild Sunday that had high temperatures in the mid-30s or low-40s across the state, the plunge will amount to a difference of more than 40 degrees in three days in Superior and Wausau, and more than 30 degrees difference in Madison and Milwaukee.

Eckberg said the weather service will likely issue wind chill advisories Tuesday and Wednesday, as the cold-weather conditions could cause frostbite on exposed skin within 30 minutes.

On the bright side, though, the frigid air won't stick around for long. Eckberg said it shortly will be overtaken by warmer westerly winds. 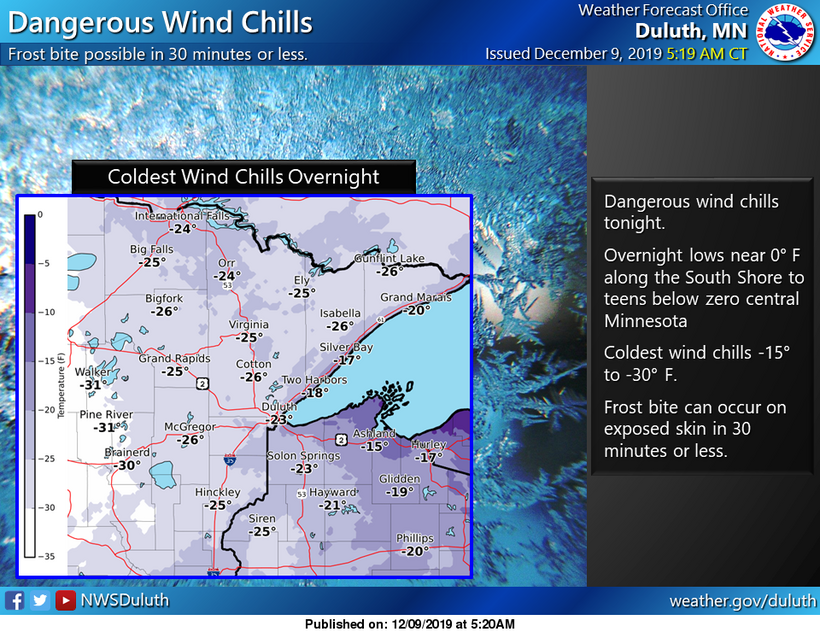