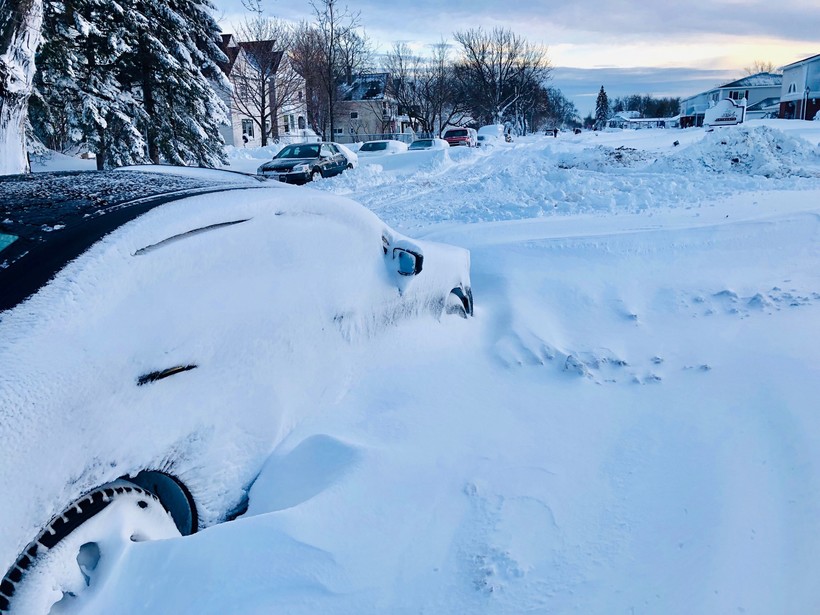 Parts of northern Wisconsin saw up to 20 inches of snow, making for difficult, if not impossible, travel Sunday, Dec. 1, 2019. Cars were plowed in on Oakes Avenue in Superior. Danielle Kaeding/WPR

Lakeshore areas of northern Wisconsin are reporting more than 20 inches of snow since Saturday, making travel almost impossible at the close of a busy holiday weekend. 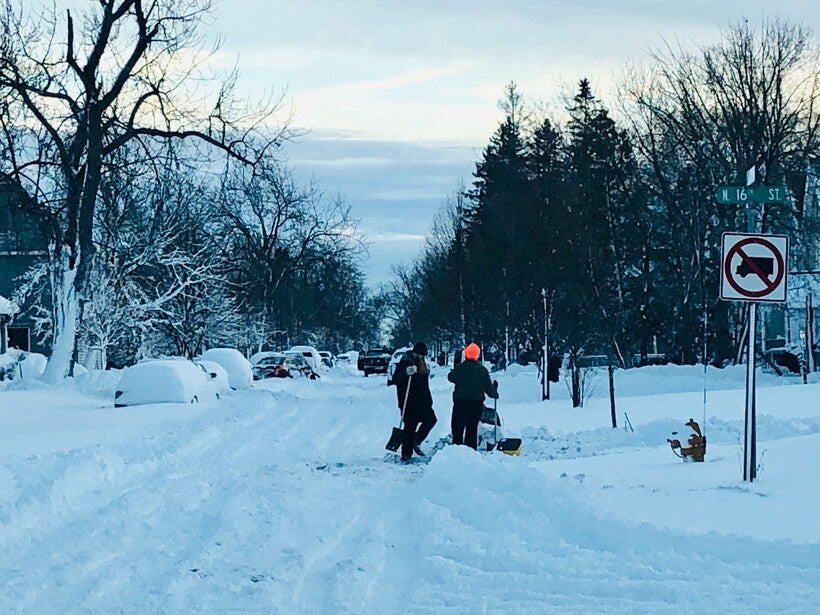 The storm placed Duluth ninth among the top 10 highest two-day snowfall totals in the Twin Ports, edging past a 1965 storm that brought 21.4 inches to the city. Duluth got 14.5 inches of snow Saturday, breaking the previous daily record of 10.3 inches set back in 1985.

"There was a lot of moisture associated with this storm and since it was moving so slowly it kept pumping moisture into the region," Sandstrom said.

Canal Park in Duluth experienced some flooding, and roads were closed as a result of 10- to 15-foot waves on Lake Superior, although city officials said waters are subsiding. Access to Park Point was still closed to non-residents as of 5 p.m. Sunday.

High snowfall rates and wind gusts between 35 to 45 mph created treacherous driving conditions across the area. Winds of 54 mph were recorded at the Duluth International Airport. The region saw snowfall rates of 1 to 2 inches of snow per hour, making it difficult for crews to keep roads clear.

A portion of Interstate-35 southwest of Duluth from Proctor to Cloquet in Minnesota was closed Saturday night but reopened Sunday morning. As of 5 p.m. Sunday, the Minnesota Department of Transportation was still reporting some highways in northeastern Minnesota are completely snow-covered. As of the same time Sunday, the Wisconsin Department of Transportation was reporting many roads in the northern half of the state are snow-covered and slippery.

Travel was still not advised on portions of U.S. Highway 2 east toward Hurley and U.S. Highway 51 south toward Manitowish Waters in Vilas County on Sunday evening.

The southern portion of the state received lower snowfall totals, but the National Weather Service out of Green Bay warned travelers to watch for snow and slush on untreated roads freezing into black ice overnight.

"The good news is we’re looking at mostly calm weather in the next week," Sandstrom said.