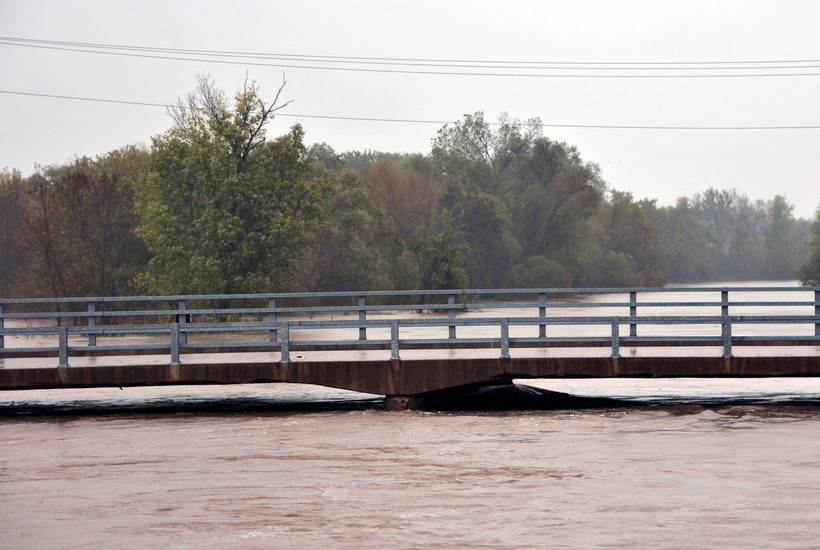 The U.S. Army Corps of Engineers has proposed a $36.8 million project to protect one southwestern Wisconsin community from future floods.

The corps is currently taking public comment on the draft flood risk management plan for the city of Arcadia, about 45 miles north of La Crosse.

The Trempealeau River runs through the city, while Turton Creek and Myers Valley Creek run along the community’s north and south borders. The waterways have caused seven flood events in the last century, from 1919 to as recently as 2017.

Nan Bischoff, project manager for the Corps of Engineers, said they were approached by city leaders after Arcadia was hit by a 2010 flood that caused around $12 million in damage.

She said the corps started the planning phase in December 2016 by meeting with city and state agencies and holding a public meeting.

"We went through just identifying where the problems were in Arcadia, as far as where the flooding damages were occurring and where the floods where coming from and what are the different components of the city that folks are worried about," Bischoff said.

She said the corps completed both hydraulic models and economic models to determine the most cost-effective way to mitigate the impact of flooding.

"For every dollar that is spent implementing this project, we get $1.64 back in return in the form of avoided costs from flood damages," Bischoff said.

The proposed plan would use levees, floodwalls and other structural protections, as well as rerouting Turton Creek in two places. It also calls for buying out four residential structures and two commercial structures.

"We did contact some of the homeowners and there was some amount of surprise. Some were kind of expecting it," Bischoff said. "Probably the issue that may be more of a concern for the city of Arcadia is just the cost of the project."

The corps estimates implementing the plan will cost $36,842,000. After subtracting the cost of planning, the agency would provide $9,025,000 in federal funding for implementation, leaving almost $28 million in outstanding costs.

"The city will obviously have to make some decisions on the remaining funding for the project, but we’re very confident of the continuation of the project and moving forward at this time," Hawkins said.

He said the draft plan addresses many of the flooding issues currently faced by the city and would help protect surrounding farms and homes.

Hawkins said the city is also looking to protect major employers in the community, like Ashley Furniture and Gold’n Plump poultry processing.

"Ashley and Gold’n Plump have been huge benefactors for the city, the employment that they bring to the city and infrastructure. I think protecting their assets is extremely important as well," said Hawkins. "I think the city should be encouraged that this project is highly beneficial to the success of and the continuation of Arcadia."

The current draft plan would also raise homes and businesses out of the 100-year floodplain designated by the Federal Emergency Management Agency. Hawkins said that change would save residents money on required flood insurance and it could encourage new investment in the downtown area.