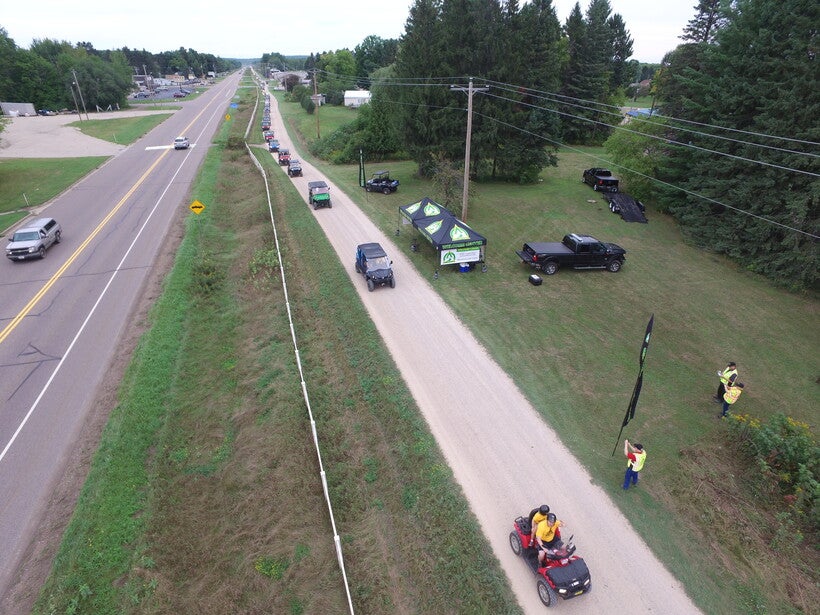 Amid growth of ATVs in Wisconsin, concerns over lacking enforcement

Continuing a recent climb in registrations, Wisconsin is now home to more than 472,000 all-terrain and utility vehicles, according to state authorities.

"All throughout the state, this ATV and UTV growth has exploded," said Jacob Holsclaw, recreation warden for the state Department of Natural Resources.

The growth in registrations comes amid communities weighing expanded rights of all-terrain and utility vehicles on public roadways. In April, the towns of Porter and Palmyra were the latest to hold referendums asking voters if the vehicles should be allowed on local roads. More than 60 percent of voters in each community supported the move.

Holsclaw told Wisconsin Public Radio's "The Morning Show," the vehicles are becoming so popular that enforcement is having trouble keeping up. The DNR has nine recreation wardens who oversee state trails and laws regulating ATV and UTV use.

"A lot of people are frustrated, because there are just simply not enough of us sometimes to enforce the existing rules," he said.

Holsclaw serves nine counties near Eau Claire. He said several of those counties now allow all-terrain and utility vehicles to use county and town roads, in addition to off-road trails. But compliance with local and state laws can be a problem.

"Sometimes they're going to get off trail and get into the wetlands. Or every now and then, we'll see folks operating on maybe stream banks or lake beds," he said.

"What's very disturbing about that incident is that you can tell they were just intentionally driving around, just kind of a joyride," Holsclaw said.

The local golf course and trail have since reopened. The riding club’s Facebook page says the people responsible for the damage have been identified, but doesn’t disclose their names. The ATV/UTV club didn't respond to messages seeking comment for this story.

Alcohol is a common concern in illegal ATV/UTV use, Holsclaw said. This year, state authorities have counted 12 fatal accidents with the vehicles — third of those incidents involved alcohol. Holsclaw said it's more dangerous to operate an ATV or UTV than a car while under the influence.

"The rider kind of has to shift their body weight from side to side to operate the machine properly. And if somebody is intoxicated, that's going to be a lot more difficult," he said.

Noise is also a frequent complaint, according to Holsclaw, who said state laws allow machines to emit up to 96 decibels.

Holsclaw said people can submit complaints about ATV or UTV drivers to local law enforcement or a local warden. 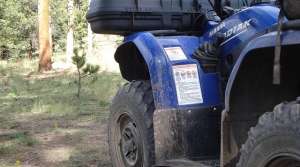 A trail in Pembine, Wisconsin has since reopened after a UTV/ATV driver apparently went off the trail and caused more than $25,000 in damages to an area golf course. A DNR recreation warden talks reckless driving and safety. We also explore the challenges and benefits of expanding ATV trails.