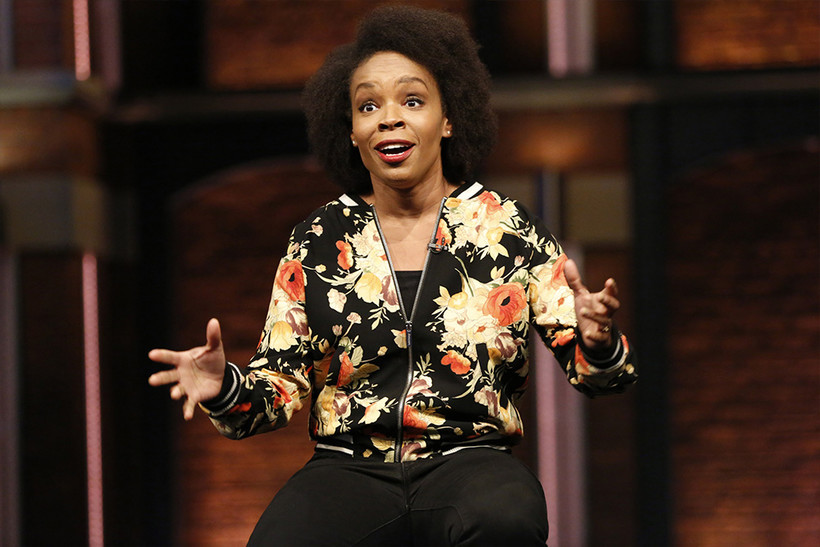 'Late Night With Seth Meyers' Writer And Performer On Her Trailblazing Career
By Adam Friedrich
Share:

In 2014, after a failed audition for "Saturday Night Live," Amber Ruffin received a call from former "SNL" alum, Seth Meyers. She thought it was a condolence call about not making the cast. Turns out, it was a job offer.

"He called so quickly after (the audition) that I thought he was calling to say 'I’m sorry you didn’t get 'SNL.''' So I kept saying 'he didn’t have to call, man,' but he was trying to offer me a job," Ruffin told WPR’s "BETA."

Meyers was taking over as host of "Late Night" and brought Ruffin on as a writer. When she accepted the position, Ruffin made history. She became the first black writer for a network late night show. This notoriety is something Ruffin is a bit surprised and somewhat saddened by.

"It never occurred to me that I would ever be a first anything," Ruffin said. "You forget how recent all of our nation’s atrocities are until there’s the next person who’s the first black anything."

Asked if this designation adds any pressure for her to succeed, Ruffin says "absolutely not."

"It would if this job wasn’t to act a fool," she said. "So, there is no real wrong way you could do it."

Developed by her co-writer, Jenny Hagel, the sketch flanks Ruffin and Hagel around host Meyers and lets them deliver the punch lines to jokes that ride the edge on issues of gender, race and sexuality. It is a clever and self-aware way to address the concept of a white host riffing on socially-charged topics.

Ruffin figured the bit would die in the show's Thursday pitch meeting. When it didn’t, she was convinced that it would be a one-time bit. Ruffin and Hagel have now performed the segment nearly 20 times in her estimate. Ruffin credits the atmosphere Meyers and the producers have created at the show; the boundaries they are willing to push continue to shock her.

"It’s two-fold. I cannot believe people are down for the amount of silliness that I’m putting on display, and I cannot believe that they will let us talk about such touchy, important, scary issues."

Ruffin has a theory as to why this brand of comedy is making headway in the current political climate.

"None of this should be okay, but because we are all being continually gaslit in this country, you have to have a release," she said. "Because we are all so amped up over these very scary things, it means that our comedians can go even further and say even crazier things. It’s kind of like what we need."

Ruffin isn’t afraid to tone shift either. In a poignant and honest sketch on a recent show, Ruffin addressed the pure exhaustion she runs into as a woman of color in the United States with "Amber’s Late Night Safe Space."

"It was a piece where I told Seth how frustrated I was with the world and how I needed a safe space to be in where people wouldn’t ask me about how I felt about dying black children and people touching my hair and where I could just have a second," she said.

Meyers has been on record saying that Ruffin could and should make another piece of history and host her own late night talk show. Ruffin jokes that she may be too busy for that. She has just completed a pair of musicals — a rewrite of "The Wiz" for the Muny in St. Louis and "Bigfoot, The Musical" in Las Vegas – and continues to pitch an endless stream of TV show ideas to her parent network, NBC.

"I pitched them 'Going Dutch' – a show about me and my Dutch husband and how crazy he is," Ruffin said. "The year before that I pitched them a show about a black family who was famous in the eighties, like a sibling singing group and they passed on that. This year I’ll pitch them something that is even less likely for them to make."

But don’t be surprised if one of Ruffin's out-there ideas eventually gets the green light, she has the pioneering spirit and talent to make it happen.