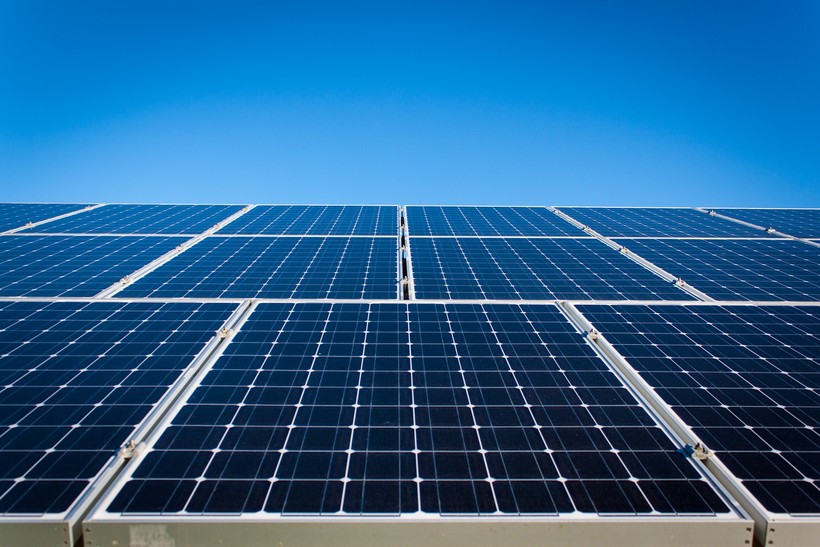 The utility released plans Wednesday to spend roughly $515 million to add 414 megawatts of solar generation on top of its nearly $900 million plans to construct 675 megawatts of solar announced last spring. Alliant's combined nearly $1.4 billion investment is the most ambitious addition of solar power among any utility in the state, of which 35 to 40 percent will be financed by a private investor to utilize federal tax credits.

The six new projects are expected to create more than 800 construction jobs.

In all, Alliant has a dozen projects that are either proposed or under development, spanning around 9,500 acres. The projects are expected to power around 260,000 homes in Wisconsin. Once built, the projects along with other renewable resources like hydro, wind and solar will make up nearly half of Alliant’s power mix in the region by 2025.

The plans follow Alliant’s announcement in February that it would shut down its last remaining coal plant in Columbia County by the end of 2024. The move is part of the company’s goal of eliminating coal from its power mix by 2040 and cutting carbon emissions 50 percent from 2005 levels by 2030. Alliant announced last spring that it was shuttering its Edgewater coal plant in Sheboygan by the end of 2022.

"Guided by our purpose-driven strategy to serve customers and build strong communities, we are accelerating our transition to cleaner energy," said David de Leon in a statement, president of Alliant Energy's utility in Wisconsin. "This continued transition is a smart investment, benefiting our customers long-term, while also creating hundreds of jobs across the state and providing local communities with shared-revenues."

The plans are part of Alliant’s Clean Energy Blueprint that’s expected to save customers between $2 billion and $6.5 billion over the next 35 years.

The six new solar projects, five of which are being developed by Alliant, would be built in rural areas of Dodge, Grant, Green, Rock and Waushara counties. Local communities are expected to receive a combined $50 million in shared revenues over the next 30 years once the projects are up and running. Landowners are slated to receive $60 million in lease payments during the same timeframe.

Nearly 2,300 megawatts of solar power has either been proposed or received approval from the Wisconsin Public Service Commission since 2019, according to Michael Vickerman, policy director for RENEW Wisconsin. Vickerman said that represents around 6 to 7 percent of the state’s electric power output, whereas two years ago utility-scale solar projects made up just 0.1 percent of all electricity generated.

"The utilities are driving this significant transformation of the state electric-generating portfolio from fossil coal to solar generation," said Vickerman. "And, it seems now that hardly a month goes by without a new announcement, either in the form of a new solar farm proposal or an older coal generating plant that is scheduled to come offline."

Vickerman said Alliant's plans represent the most ambitious investment in solar of any utility in the state, but he acknowledged that it will take more large-scale transformation to reach significant reductions in carbon emissions. The PSC recently launched an investigation on how the state can chart a course toward a clean energy future while maintaining reliable and affordable electricity.

Scientists have been sounding the alarm to cut carbon emissions to stave off the worst effects of climate change. The state’s electricity generation has accounted for the largest share of carbon emissions, representing 42 percent of all emissions in 2017. The transition away from coal generation is projected to decrease carbon emissions by at least 40 percent below 2005 levels between 2020 and 2026, according to the state’s energy assessment.

The state’s five largest investor-owned utilities have pledged to go carbon-neutral by 2050 as Gov. Tony Evers has set a goal for Wisconsin to produce carbon-free electricity by that date. Utilities are seeking to meet customer and investor demands for renewable resources as coal plants have become more expensive to operate than solar and wind.

The rapid transition to cleaner sources of energy has been a concern for consumer advocates like the Citizens Utility Board. The group’s executive director Tom Content is worried about customers paying for the cost on new solar investment at the same time utilities like Alliant are seeking to pay off investments in old coal plants that will no longer be used.

"The PSC really has to wrestle with the issue of what customers should face as far as the cost burden," said Content.

Alliant said it's still seeking to recover roughly $500 million each in the Columbia and Edgewater coal plants that was mostly tied to installing more than $1 billion in pollution controls as part of a 2013 settlement.

Since January of last year, utilities have announced they’re planning to retire more than 3,600 megawatts of fossil fuel generation that includes shuttering the Edgewater, Columbia, Genoa and South Oak Creek coal plants in the next several years.

Coal accounted for 42 percent of Wisconsin’s electricity mix in 2019, according to the U.S. Energy Information Administration. That marked the first time coal made up less than half of Wisconsin’s power mix in more than three decades.