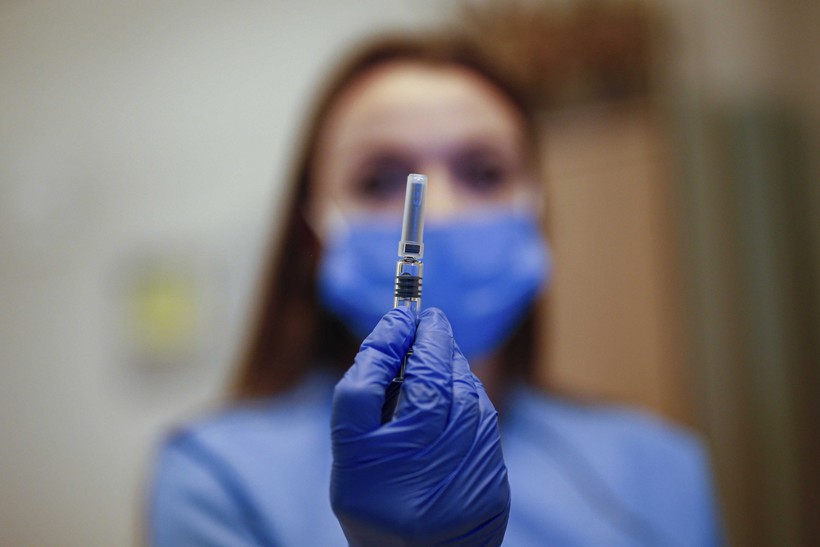 After Being Halted, Enrollment Resumes In COVID-19 Vaccine Trial At UW-Madison

The search for a vaccine to protect against COVID-19 has gone in fits and starts but United States health officials say trials are still on track.

Several vaccine studies have paused temporarily because of adverse patient reactions and then started up again. It's expected that one, or possibly two, vaccines could be ready for very limited use by the end of this year.

Next week, the School of Medicine and Public Health at the University of Wisconsin-Madison will resume enrolling patients for a study that’s been on hold since early September. The study is for a coronavirus vaccine produced by Oxford University and the British pharmaceutical manufacturer AstraZeneca. Thirty-six participants received the first of two shots before the study was paused. Those participants will now have the option to receive their second dose.

Meanwhile, interim results from another vaccine trial won’t be ready this month as hoped. The pharmaceutical company Pfizer announced Tuesday that interim analysis of data wasn’t possible yet because the number of COVID-19 infections among volunteers being studied was lower than expected.

Enrollment in clinical trials for potential vaccines made by Pfizer and Moderna is close to full, according to officials with the Centers for Disease Control and Prevention along with the U.S. Department of Health and Human Services, who held a press conference last week.

By the end of December, HHS Secretary Alex Azar predicted there would be enough vaccine to inoculate the most vulnerable individuals, with more on the way the following month for all seniors, along with health care workers and first responders.

But first, vaccines will have to get approval from the U.S. Food and Drug Administration, and U.S. health officials caution more widespread use will depend on production capacity, a concern echoed by a doctor overseeing the vaccine trial at UW-Madison.

"Do we have enough glass vials to be able to hold all these vaccines that need to get to every person in the world?" said Dr. William Hartman, a UW assistant professor of anesthesiology and principal investigator of AstraZeneca’s vaccine candidate, AZD1222.

"Storage facilities — a lot of them require very cold temperatures to be stored. Do other countries have the ability to handle this? So, in terms of widespread distribution, there are still a lot of factors that need to be worked out with that, and I don’t know that we’re there yet," he said.

Nevertheless, vaccine development in the U.S. has gone pretty well, Hartman said during a recent online presentation of COVID-19 research conducted at UW-Madison.

During a Journal of American Medical Association (JAMA) livestream Tuesday, vaccine advocate Dr. Paul Offit said the nation is facing a virus that has "brought us to our knees."

Offit, a pediatrician at Children's Hospital of Philadelphia, expects emergency use authorization for any vaccines approved instead of the usual drug licensing process under the FDA, which takes longer.

Although the FDA initially approved emergency use authorization for the COVID-19 treatment hydroxychloroquine amid political pressure, it was later revoked when studies showed the drug didn’t work. Offit is hopeful that vaccine development will be based solely on the science.

"There’s already enormous resistance and skepticism about this vaccine. I think people are going to wait for a clear message that this vaccine is safe and effective before they get it," Offit said.