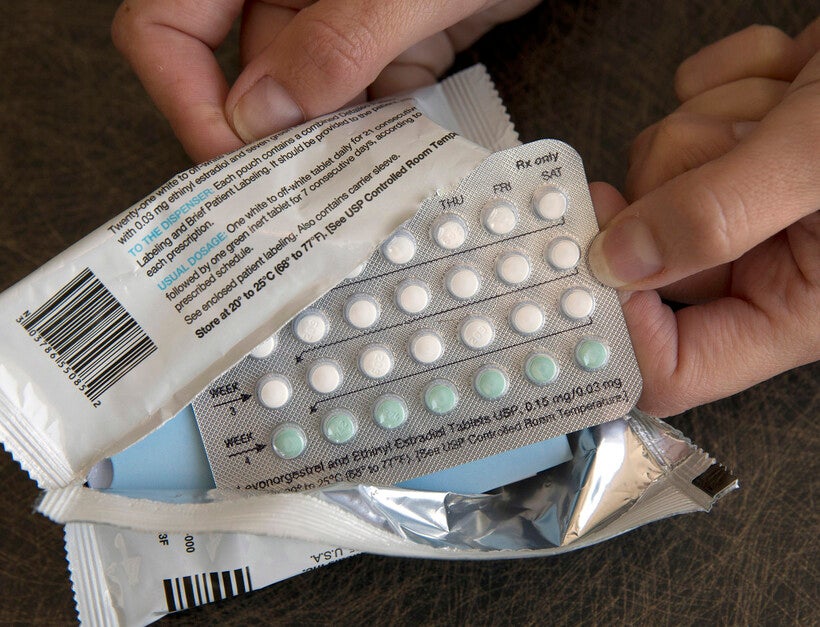 In this Aug. 26, 2016, file photo, a one-month dosage of hormonal birth control pills is displayed in Sacramento, Calif. Millions of American women are receiving birth control at no cost to them through workplace health plans, the result of the Obama-era Affordable Care Act, which expanded access to contraception. Rich Pedroncelli/AP Photo

A proposal that the Wausau School Board remove mention of contraception from its policy on sex education prompted a backlash among parents, and on Monday evening board members said they'll restore that language to the district's policy manual.

Information posted online ahead of Monday's meeting of the district's operations committee included recommended changes to its policy on Human Growth and Development, usually called sex education. Among the changes was the deletion of language that recommended teaching "the health benefits, side effects, and proper use of contraceptives and barrier methods" to prevent pregnancy and sexually transmitted infections. Language directing the district to promote abstinence remained in the policy.

The document prompted a reaction on social media among parents concerned it was a move to end comprehensive sex education in favor of abstinence-only education.

In a video message posted ahead of the meeting, Wausau Superintendent Keith Hilts said the district was not planning curriculum changes and the policy recommendation was intended to align Wausau with state statute. In an email to district parents, administrators wrote "we will continue to teach students a broad range of responsible decision-making skills about sexual behavior; including the use of contraceptives."

A string of public commenters at Monday's meeting were not reassured.

One speaker, Christine Salm, was a member of the committee that recommended the district's current human growth and development curriculum in 2019. She told the board the policy change could lay the groundwork for curriculum changes in the future.

"If the curriculum were to reflect the changes proposed in the policy handbook revisions, essentially, human growth and development would cease to exist and sex education would then become abstinence-only instruction," Salm said.

School boards in recent years have become a venue for broader political polarization and increasing political spending. Wausau's school board in particular was the site of an unusually heated election campaign in 2021, and in that election and the 2022 spring election the board became considerably more politically conservative. Some public commenters referenced this change, suggesting the conservative board was planning future changes.

When the board reached discussion of the policy, though, multiple members spoke up against that idea.

"I don't want to have our community think that we're not teaching about contraception," said board member James Bouché. "I think one of the comments was very well-stated: (Sex education) is not just what students need now. It's what they need for the future as well."

The committee asked district staff to restore the language detailing contraceptive education. The full board will vote on the revised policy next month.

Multiple studies have shown abstinence-only education is not effective at delaying teens' decision to have sex and is associated with higher teen pregnancy rates. Overall, teen pregnancies in the United States have declined markedly in the last three decades; Wisconsin's teen birth rate was 14th lowest in the nation in 2020, according to the Centers for Disease Control and Prevention.

In 2012, the Wisconsin Legislature repealed a law requiring school districts to teach sex education. The following year, Republican Gov. Scott Walker signed a law requiring schools that do teach human growth and development to emphasize the fact that abstinence is the only surefire way to avoid pregnancy or sexually transmitted infections.

At Monday's meeting, a speaker who identified herself as a first-year high school student said comprehensive sexual education was an important part of school curriculum, and something students shouldn't have to teach themselves.

"That should be my health teacher's job," the student said.