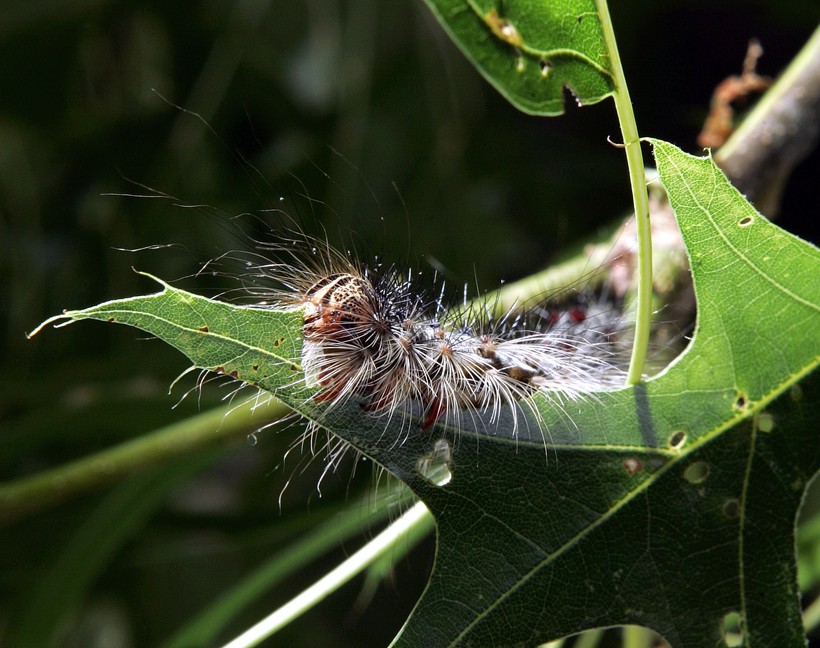 Wisconsin starts its annual program to slow the spread of the invasive gypsy moth this month.

Mid-May is the time of year when gypsy moth caterpillars start feeding on leaves and can cause stress, leading to tree disease and even death.

The gypsy moth was accidentally introduced to the Boston area in the 1860s by an amateur entomologist, and has been making its way west ever since. It was first detected in Wisconsin in the 1980s.

"The program is focused on slowing the westward spread of gypsy moths in Wisconsin," said Christopher Foelker, gypsy moth program manager for the Wisconsin Department of Agriculture, Trade and Consumer Protection.

Later this summer, between June 28 and July 16, planes will spray a mating disrupter at the targeted locations to prevent breeding.

"Our program is focused on surveying for this insect in that area and pinpointing outlier hotspots." Foelker said. "Targeting those outlier sites really slows the further establishment and spread of the insect westward."

While the state no longer treats for gypsy moths in the eastern part of the state, Foelker said there are things everyone in Wisconsin can do to limit the spread of the insect.

Those include not carrying firewood which may have gypsy moth eggs on it far from where its used. Gypsy moths lay eggs under branches or at the base of a tree.

People who plant new trees are also asked to plant mostly coniferous trees like pine or cedar and fewer deciduous trees like maple and oak.