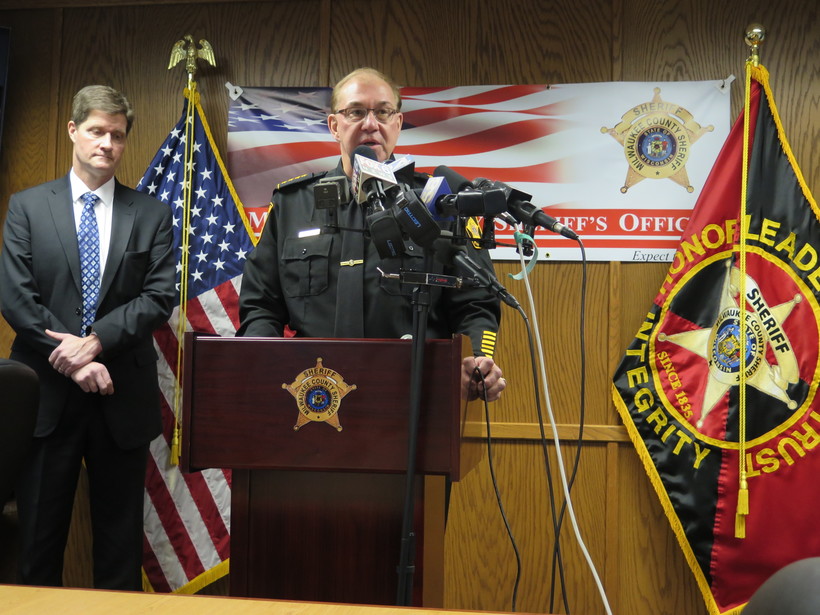 The criticism surfaced Monday about comments Schmidt made last year during a podcast interview. Schmidt told domestic violence victims who are Christians to submit themselves to the Holy Spirit, adding that God would restore their relationships.

Schmidt also failed to criticize the podcast host, a minister who said the victim should change, not the abuser.

"They suggest he is not the kind of sheriff that women in Milwaukee County need to take a solutions-based, violence-ending approach to domestic abuse," Pearson said at a Monday news conference in Milwaukee.

Schmidt told WPR that the critics are distorting his words, and that abusers need to be punished.

"If someone does do a domestic violence act, they need to be arrested. That's the law. They need to go to jail, no ifs, ands or buts about it," Schmidt said.