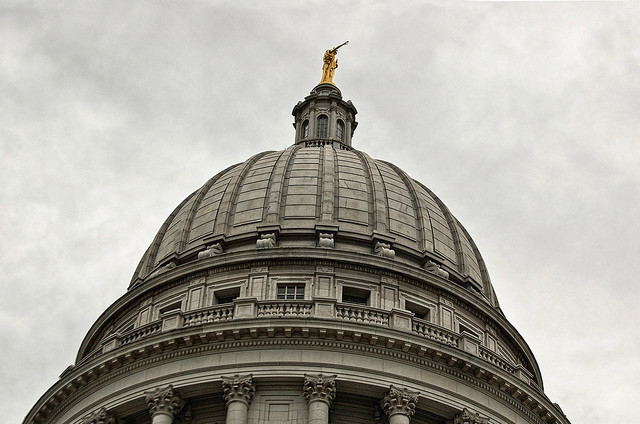 A proposal in the state Legislature would limit the amount of time courts can prevent domestic violence victims from being evicted from their homes.

The plan is part of a massive landlord-tenant bill in the state Legislature.

Under current law, courts can issue a stay to prevent someone from being evicted while they're waiting for an emergency assistance program to take effect. Under the bill, that court stay would be limited to five days.

Victims’ rights advocates argue five days isn't enough time, because victims of domestic violence are often unable to get money to pay rent after they've severed ties with an abuser.

"We're putting a lot of victims directly in harm’s way because of, through no fault of their own, the lack of financial control they've experienced," said Chase Tarrier, public policy coordinator for End Domestic Abuse Wisconsin, at a public hearing on the bill in December. "They could face eviction because of their inability to access these funds."

Rep. Ed Brooks, R-Reedsburg, said the bill, which includes a number of other provisions, is aimed at providing safety and security for landlords and tenants.

"The intent of the bill is to provide affordable, safe, quality housing for tenants, and do it in the most cost effective manner for landlords," Brooks said.