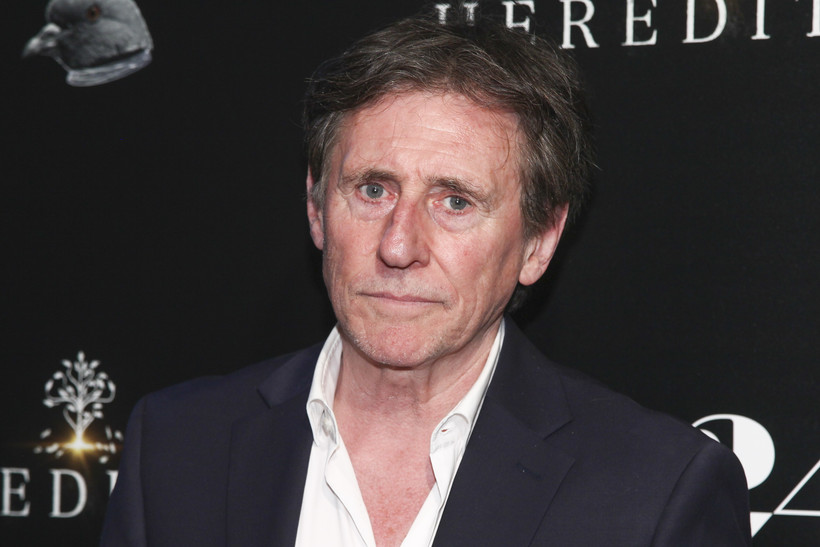 Actor Gabriel Byrne Walks With His 'Ghosts' In New Memoir

The Acclaimed Stage And Screen Actor Shares His Story In Poetic Memoir
By Adam Friedrich
Share:

In 1995, at the Cannes Film Festival, a crime film called "The Usual Suspects" was screened for one of its first audiences. The film was instantly dubbed the talk of the festival and would go on to become a pop culture landmark in the ensuing years. But the film's lead, Gabriel Byrne, told WPR's "BETA" he had a far different reaction to the acclaim.

"I had what a lot of people might call a panic attack in the sense that I saw instantly how the world around me changed in that room," Byrne recalled. "I left the film festival in the middle of a press conference and I went to my hotel room 50 miles away and locked myself in a room for three days."

This stark reaction to overnight global fame and the pushback against it is a recurring theme in Byrne's memoir, "Walking with Ghosts." Byrne — who deemed acting as the ultimate vocation for a kid with a vivid imagination — was quite satisfied with his career as a working actor.

"It's a wonderful way to express yourself, but it ends at five o'clock when they say wrap," said Byrne. "Young actors will say, 'Do you have any advice?' And it's the advice that in relation to acting, and I think it's true of other things too, don't confuse work for life because it's not. It's a job. Nobody ever lay on their deathbed and said, 'God, I wish I'd done that movie with George Clooney.'"

Clearly, Byrne wasn't seeking the heights of fame and all that entails. Part of that perspective comes from his time as an early actor working with his personal hero and legendary actor, Richard Burton, on the mini-series "Wagner" for PBS. Burton, who was hassled at all hours by the paparazzi on the set due to his relationship with Elizabeth Taylor, shared his thoughts on fame to Byrne over a quiet drink.

"He said to me that it's not that when you're famous you change. Everybody around you changes. That's what people have a problem with, because you're still the same person inside, except everybody is now relating to you in a different way," Byrne said. "He said it was a poisoned drink, that in the beginning you drink it because it tastes really good, and then you need it and you keep drinking it and then it eventually turns to poison."

Burton would pass away a few years after "Wagner" aired at the age of 58. Byrne, who is now 71, also got to meet another of his acting heroes, Sir Laurence Olivier, on the same series. Nervous and a bit star struck, Byrne attempted to initiate a conversation with Olivier by asking him the time.

However, on Olivier's final day of shooting, Byrne returned to his dressing room to find a handwritten note from the iconic actor.

"Basically, he apologized for being short and being curt in his reply. He said, 'But I have thought about your question. Do I have the time? And in response to that, I would like to quote you lines from a greater mind than mine.' And in it he wrote, Sonnet 60, which is Shakespeare's sonnet about time," said Byrne. "What he was essentially saying was time is the most precious thing that we have. And yet my idiotic stumbling remark to him provoked his thoughts about how much time he had left in his life."

Byrne still has the note up in his office today. The sonnet is just one of many pieces of verse and poetry that are sprinkled in Byrne's memoir. Even the prose of the memoir — which you'd be forgiven for mistaking for a literary novel if you weren't familiar with its main character — is poetic and moving.

The epigraph is from poet Percy Bysshe Shelley, "Fear not for the future, weep not for the past." It was Gabriel's mother's favorite quote and one the actor thinks about with a different perspective now.

"The only thing that's real is the present. If you live in fear of the future and you live in regret of the past, you are essentially living in a place that is not good for the soul," he said.

Byrne says that he tackled some hard truths in the book including some of his personal demons like drinking and some of his early traumas like the tragic drowning of a childhood friend and how grappling with those led him to the necessary empathy for acting.

He also opens up about his brief foray into priesthood at the young age of 11 and how it was sidetracked by sexual abuse. Byrne would go on later in life to confront his abuser only to learn the priest had no memory of ever meeting him.

"What it led me to was the realization that we all expect that life will deliver resolution and that the confrontation with the source will result in a moving on or what they call closure now," said Byrne. "Life isn't like that and these are one of the ghosts that I talk about that walk with you through your life. But that doesn't mean that my life was desperately unhappy because of that. It wasn't. I'm very lucky in the sense that I did survive. But I know other people who didn't in one way or another."

Byrne would parlay his post "Suspects" fame to award-winning work on Broadway and in the pioneering daily HBO show, "In Treatment" and reintroduced himself to a new legion of fans with a role in the 2018 horror sensation, "Hereditary." However, writing will remain a big part of Byrne's fearless future. He's at work now on a novel.

"With a memoir you're confronted on every page with the truth because what was the point of writing a memoir if you weren't going to tell the truth? So with a novel, you have more freedom to hide behind characters," said Byrne. "I'm enjoying being free enough to be able to do it."