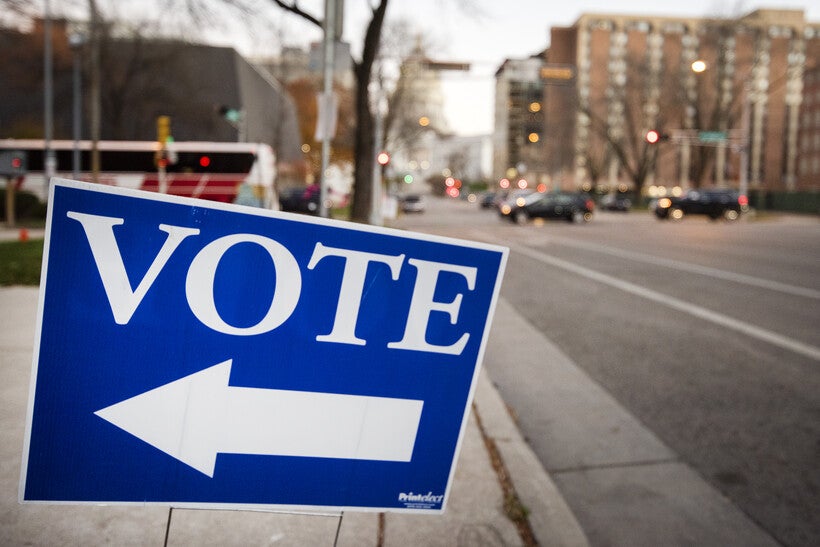 Turnout was low in Tuesday’s primary election across Wisconsin, and candidates on both sides of the political spectrum may have benefited.

A former state legislator who lost his job after allegations of sexual harassment and a former mayor forced to resign advanced in their races. And so did other candidates who may not have moved forward had more voters turned out at the polls.

Mordecai Lee, a political science professor at the University of Wisconsin-Milwaukee, said in low-turnout primaries, anything can happen.

"Wisconsin voters are inherently unpredictable," Lee said. "The two survivors are simply the two top vote-getters. In other words, in a highly fractured primary, you could have the two survivors with, say, 20 percent and 15 percent of the vote. This is a plurality but not a majority."

Only 21 percent of the city voted.

While the seat is non-partisan, Donovan is a self-proclaimed conservative in a city that typically elects liberal candidates. He advocates for more police and has said he wants to spend federal funds on private business.

During his four terms on the Milwaukee Common Council, he often clashed with his colleagues and has had run-ins with the law.

Another surprising mayoral candidate also won a Wisconsin primary Tuesday. Bob McManus got 41 percent of the vote in the Marshfield mayoral race. McManus was removed from office in March 2021 after an investigation found that he deleted public records and lied about it.

Charles Franklin, director of the Marquette University Law School Poll, said because turnout is low, there is greater opportunity for intense minorities to exert a lot of influence.

"Those intense minorities can be from either the left or right," Franklin said. "Another factor is that without an intense campaign, familiar names may also do well simply because of name recognition."

That could have been the case with the Milwaukee County and Kenosha County board races.

Former Democratic State Rep. Josh Zepnick lost his job in 2018 after he was accused of drunkenly kissing female colleagues against their will in separate incidents in 2011 and 2015.

But on Tuesday, Zepnick finished first in a four-way primary to represent District 12 on the Milwaukee County Board with 41 percent of the vote.

In Kenosha County, Amanda Nedweski — who heads Moms for Liberty, a non-profit in Kenosha that advocates for "parental rights at all levels of government" — got 51 percent of the vote to represent District 16. Nedweski led the charge last year to dismantle the Kenosha Unified School District board.

Anthony Chergosky is a political science professor at the University of Wisconsin-La Crosse. He said in low-turnout elections, the people who do actually vote tend to differ from the population as a whole.

"People who vote in low-turnout elections often have more extreme political positions relative to the broader population, and they are often highly motivated to participate in politics because of their strong views on the issues," Chergosky said. "In elections with a small number of voters who have strong views, we can see some unpredictable and surprising results.”

Michael Leo Owens, who studies local elections at Emory University in Atlanta, said primaries bring out candidates who wouldn't normally run for office, "which then increases the chance that people you wouldn’t normally think of standing a chance, get a chance of moving forward."

"I would suspect some of these people won’t fare so well in the general election, but that depends on the composition of the electorate," Owens said.

Barry Burden, director of the Elections Research Center at UW-Madison, said while low-turnout elections like those held in the spring in Wisconsin often provide greater influence for groups that are organized and for more strident candidates, it can work on both ends of the political spectrum.

"Conservatives have long complained that school tax votes that take place in low-turnout elections are dominated by school employees and parents who disproportionately favor higher spending on education," Burden said. "At other times, low turnout has favored evangelical Christian candidates who were able to mobilize members of their churches to support them around conservative causes."