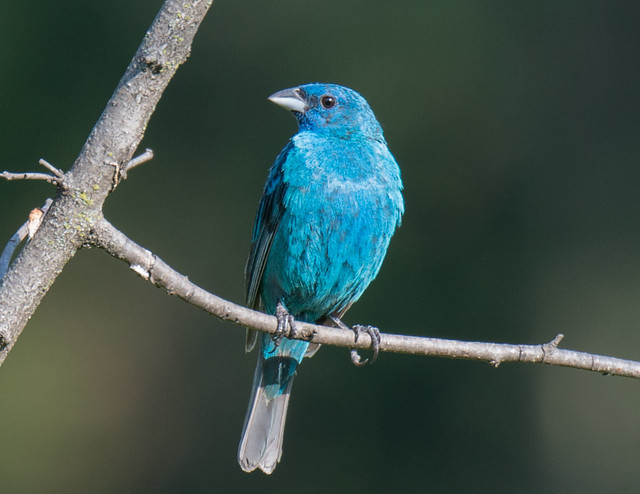 4 Bird Songs To Keep An Ear Out For This Summer

Wisconsin Bird Migration Got Off To Slow Start, But Has Caught Up To Schedule
By Mary Kate McCoy
Share:

Wisconsin’s bird migration got off to a slow start this year, but now that summer is in full swing, the songbirds that were delayed by a cold and wet spring have caught up to schedule.

While it’s been an unusual year, it’s a much better situation than last year when the birds arrived on time, only to be clobbered by a late April snowstorm that diminished their food supply, said Bill Volkert, a former naturalist and wildlife educator for the Wisconsin Department of Natural Resources.

"This year we were lucky that with the cold weather and the lack of insect food out there for the songbirds, they didn't arrive," he said. "For birdwatchers it was frustrating because you kept expecting that things would be there as normal, but they were probably about a week to 10 days late."

You’ve likely heard some of Wisconsin’s common birds like robins, cardinals and goldfinches — but for some birds that require closer listening, Volkert shared four bird songs to keep an ear out for.

The red-eyed Vireo is a small songbird that is somewhat similar to a warbler and has a whistle song close to that of a robin. The song is difficult to pick out just by the quality of the voice, Volkert said, birdwatchers should instead listen to the pattern, which mnemonically sounds like, "Here I am, where are you?" he said.

"The one reason you want to know that song is because it's not a real colorful bird and they love to be up in that middle and upper part of a tree canopy," he said. "So they really don't stand out visually, but if you listen for them, you'll know they're right up there."

A cousin to the red-eyed vireo, the yellow-throated vireo also has a similar pattern to its song — though slower with a little more of a pause between notes and a raspier, harsher sound, Volkert said.

"The yellow-throated vireo isn’t as widespread or as common as the red-eyed," he said. "It is certainly a species of concern in Wisconsin, so we keep monitoring it ... if you listen for them, they're up in those trees, pretty well hidden from view."

A small bird in the cardinal family, the indigo bunting is deep, vivid blue in color, but not in every light. Which is why you need to know the song — a rapid, bubbly song with two repeated notes — to identify the bird, Volkert said.

"There's no such thing as a true blue color, this is reflected light," he said. "This is the micro structure of the feathers that breaks apart that light and reflects blue. So when he's sitting at a feeder in front of you, that light's coming over your shoulder and reflecting back. When he sits up on the telephone, or power lines or up in the tree, the sun's behind him or he's in the shadow, he'll look black."

A woodland bird, the wood thrush loves deep forests, particularly in southern Wisconsin and northern Illinois. While it isn’t on endangered or threatened lists for Wisconsin, it has seen declining numbers, which causes concern, he said.

"(The wood thrush) is one of my favorites, and I think anybody who listens to birds, this is one of the best," he said. "A little mnemonic to remember it is, E-O-Lay. It’s very flute like, with a little ring to it." 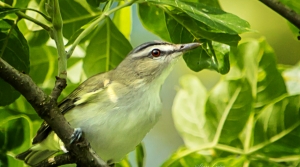 We find out what is going on with our fine feathered friends in the midst of our Wisconsin summer. Our birding expert tells us how they are doing after the cold spring weather, we listen to bird calls and talk about some recent sightings of birds that aren’t usually found in the state.