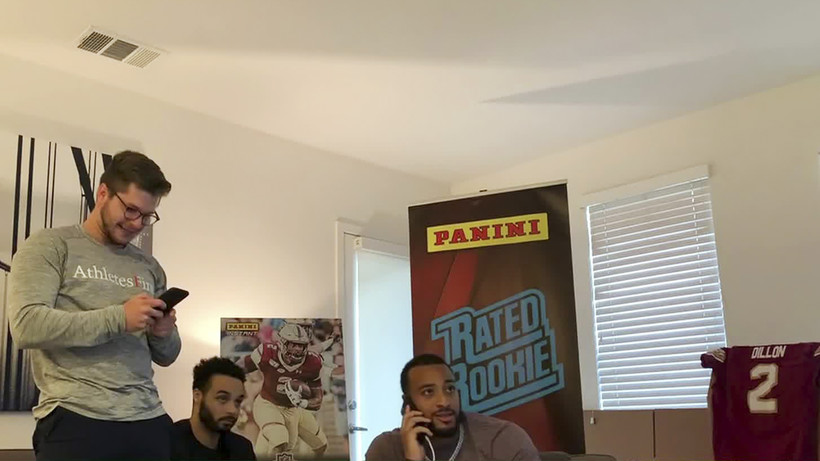 In this still image from video provided by the NFL, AJ Dillon, right, talks on the phone during the second round of the NFL football draft, Friday, April 24, 2020. Dillon was selected by the Green Bay Packers. NFL via AP

The first-ever remote NFL Draft is now complete. It attracted record viewership, with more than 15 million people tuning in to watch the first round, showing Americans are missing sports during the coronavirus pandemic.

The Green Bay Packers began the event with a bang. After taking a defensive player in the opening round each of the last eight years, they traded up Thursday night to select Utah State quarterback Jordan Love with the 26th overall pick.

The surprise move wasn’t exactly popular with fans. After reaching the NFC Championship last season, many were hoping the Packers would focus on bringing in players that could help the team win this year.

Green Bay also opted not to draft a wide receiver, a position where it's got some need, despite a deep class of wideouts.

Here’s a look at how the Packers and Wisconsin Badgers players fared at the 2020 NFL Draft.

Of course, Green Bay already has a starting quarterback in Aaron Rodgers. Rodgers sat for three seasons under Brett Favre before taking over the top job.

Love said Thursday he’s excited to learn from Rodgers, a player he’s grown up watching. He also said Rodgers reached out to congratulate him.

With their second-round pick, the Packers took a big, powerful back.

AJ Dillon could give Green Bay a good one-two punch alongside running back Aaron Jones. Jones’ contract expires at the end of the season, so the Packers could also be eyeing Dillon as a possible replacement.

This pick didn’t exactly go over well with fans either, who took to social media questioning whether Green Bay used its top two picks to draft backups for Jones and Rodgers. But best-case scenario, Dillon becomes a difference-maker in the mold of Derrick Henry from the Tennessee Titans. 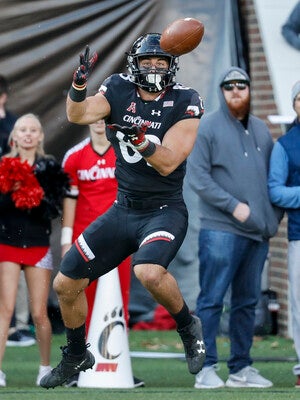 Josiah Deguara averaged nearly 13 yards per catch during his senior season as a Bearcat. He’s a strong athlete who played baseball and basketball in high school.

He could make his presence felt early in Green Bay on special teams.

Going into the draft, the Packers clearly needed offensive weapons for Rodgers. Deguara could help fill that need, just maybe not in his first season.

Kamal Martin dealt with a knee injury his senior season, but he still put up strong numbers with 66 tackles, two interceptions and two forced fumbles.

Blake Martinez and B.J. Goodson both left Green Bay as free agents this offseason, so this is an area where the Packers had need.

Badgers fans got a look at Jake Hanson in January’s Rose Bowl. Hanson started 49 games for the Ducks showing he’s a durable player.

The Packers used the sixth round to load up on options at the offensive line. Simon Stepaniak performed well as a run blocker at Indiana.

Only one offensive lineman out benched him at the combine.

Vernon Scott returned a 98-yard interception against Oklahoma last season. TCU's pro day was canceled due to the coronavirus pandemic. Scott told the "Fort Worth Star-Telegram" it could work to his benefit.

"With pro days canceled, teams will go back and watch film," he told the newspaper. "I have pretty good film."

Jonathan Garvin struggled with consistency at Miami, but he put up good numbers in 2018 with 17 tackles for loss and 5.5 sacks.

Jonathan Taylor won the Doak Walker Award as college football’s top running back each of the last two seasons. He also posted the fastest 40-yard time of all the running backs at the NFL’s annual scouting combine earlier this year.

The Colts traded up three spots to draft Taylor. 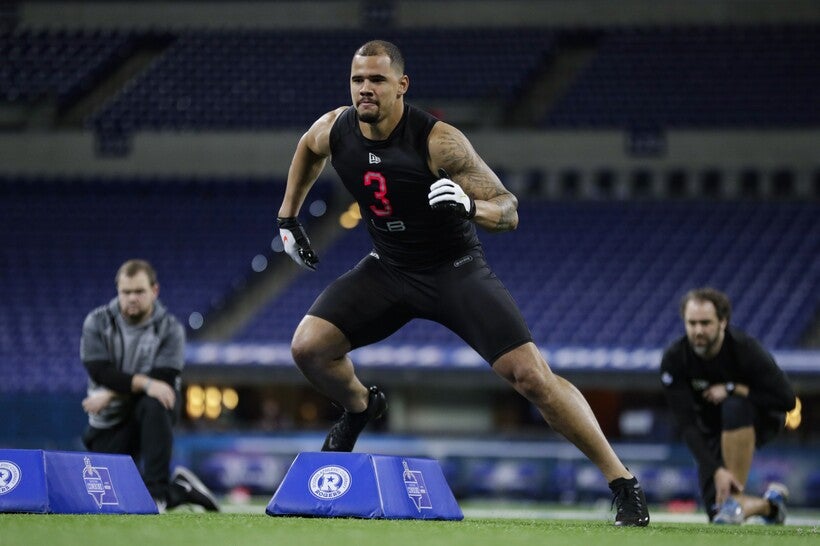 Some analysts expected the Brown Deer native to be taken in the first round. Zack Baun struggled with a foot injury that might have lowered his draft stock.

The Saints traded up to take Baun, who is coming off a strong season as an edge rusher with the Badgers.

The Cowboys traded into the fourth round to select Tyler Biadasz. A three-year starter at Wisconsin, Biadasz won the Rimington Trophy as the country’s top center last season. Injury concerns could have dropped him down the board for some teams, and the Cowboys may have gotten a steal.

Taylor may have headlined Wisconsin’s offense last season, but Quintez Cephus played a critical role in its success.

It wasn’t a given he’d enter the draft this year. His draft status was likely helped by a strong pro day performance in Madison before the coronavirus lockdown.