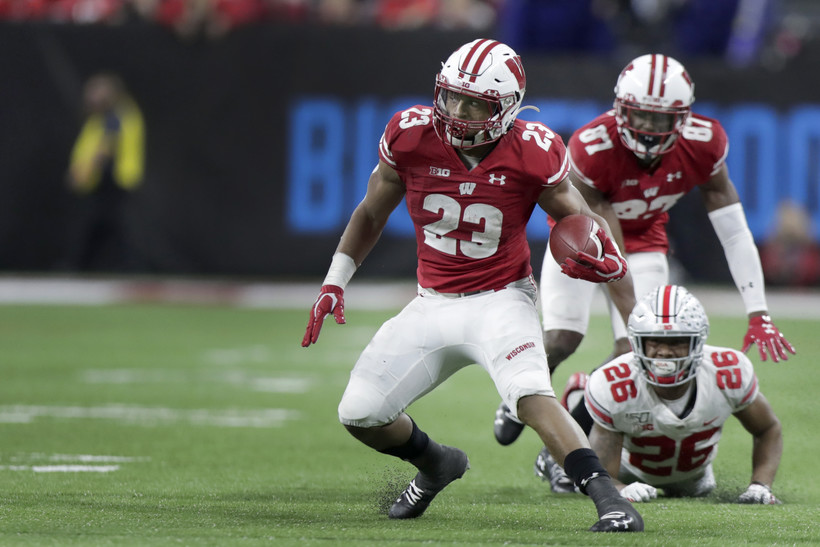 Junior Running Back Is Expected To Declare For The NFL Draft
By Megan Hart
Share:

There’s a rich history of running backs at the University of Wisconsin-Madison. Jonathan Taylor is the latest Badger to add to that legacy.

The junior’s name is all over the college football record books. He had more rushing yards as a freshman than any player in history. He set the same record for sophomores the following year. But now it seems Taylor’s unprecedented run with the Badgers is coming to an end. He’s expected to enter the 2020 NFL draft after this week’s Rose Bowl.

For all his accomplishments, Taylor doesn’t talk much about himself in interviews. At media events leading up to the Rose Bowl, he focused on the game ahead.

"One of the biggest things I'm trying to do is become a Rose Bowl champion," he told reporters Monday. "I think that will really etch this team in a place in history in the Wisconsin Badgers program."

Taylor's numbers speak for themselves. He’s rushed for a record 6,080 yards through his junior season. That’s almost 500 more than football legend Herschel Walker at the same stage in his college career (Taylor did it with 247 fewer carries.) The only Big Ten running back to tally more career yards than Taylor is famed Badger Ron Dayne, who won the Heisman Trophy 20 years ago. 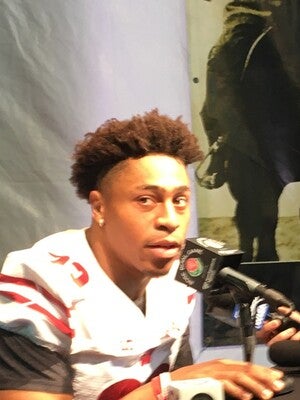 With two Doak Walker Awards, given to college football's best running back each season, there isn't much Taylor hasn't achieved as a college football player. Although he's never won a Heisman Trophy, he's the only Badger ever to finish in the top 10 of Heisman voting three times.

Taylor's coaches, teammates and opposing players will talk about him, too. The Badgers will face the Oregon Ducks in Wednesday’s Rose Bowl.

Wisconsin head coach Paul Chryst said Taylor can shoulder a lot of pressure because he works hard and puts his team first.

"He will do anything and everything for this team," Chryst said. That includes his decision to play in the Rose Bowl at a time when many players who plan to leave for the NFL sit out their team’s bowl game to avoid injury.

There are currently 33 Badgers on NFL rosters including running back Melvin Gordon, a first-round pick in 2015. He spoke to Wisconsin fans at a pep rally in downtown Los Angeles Monday, saying he and Taylor have gotten to know each other over the last few years.

Taylor isn't the only Badgers player likely to go early in the 2020 draft. Junior offensive lineman Tyler Biadasz won the Rimington Trophy this year as college football’s best center. He’s expected to be selected in the first round.