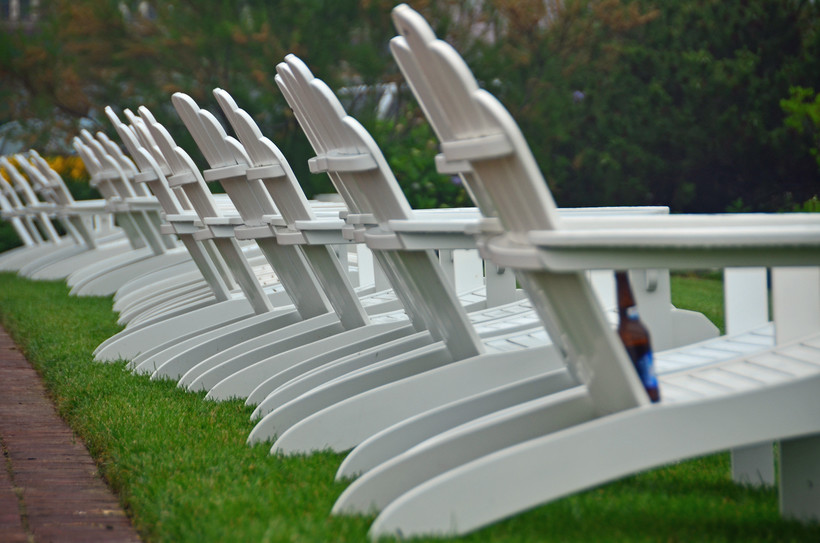 2019 Was The Best Year In Recent History For Wisconsin Tourism, Then Coronavirus Hit

Visitors in Wisconsin spent $13.7 billion last year, capping off the state's best year for tourism in the last decade. But this year, the state has already lost more than $1.2 billion in visitor spending over the last seven weeks due to the coronavirus pandemic.

The Wisconsin Department of Tourism announced in its annual report that tourism spending last year was up 2.6 percent from 2018, creating $22.2 billion in economic impact and supporting more than 202,000 jobs.

Now, the state's lodging industry, restaurants and tourism businesses are struggling to stay afloat as residents have been ordered to avoid travel to prevent the spread of COVID-19.

A report by Oxford Economics projects the nation's travel industry will see a $519 billion decline in travel spending in 2020 for a total economic loss of $1.2 trillion. State Tourism Secretary Sara Meaney said Wisconsin has already lost $1.268 billion in the last seven weeks, according to data from the U.S. Travel Association.

"So without question, while a year like 2019 can help us understand the possibility for the size of the tourism economy, you know, a seven-week loss of dollars at that scale certainly puts many businesses and many communities on the back foot to say the least," said Meaney.

Tourist draws across the state like the Tommy Bartlett Show in Wisconsin Dells, the Lumberjack World Championships in Hayward, and the Experimental Aircraft Association (EAA) AirVenture in Oshkosh are among events and attractions recently canceled due to the COVID-19 crisis.

The city of Bayfield on Lake Superior is home to roughly 500 year-round residents, but the city typically attracts thousands during the summer months. Paige Rautio, marketing director for the Bayfield Chamber and Visitor Bureau, said they've reduced staffing from four to two people in response to the pandemic. She said they've canceled their Festival of Arts in July. Lake Superior Big Top Chautauqua also canceled its summer season Monday.

Rautio said they're bracing for a loss of revenues from room tax dollars.

"But, you know, we don't know what that will be, or we have scenarios for 50 percent loss or 75 percent loss. But we don't know," said Rautio. "Our summer peak season doesn't even really start until mid-June. So it's hard to say how much this is going to affect us at this point."

Taylor Pedersen, president and CEO of the Superior-Douglas County Area Chamber of Commerce, said 2019 was one of the county's best on record. Now, the organization could see a 40 to 70 percent decline in room tax revenues this year.

"We chose to at least partially furlough 100 percent of our employees not too long ago, and mostly because a lot of our budget is at risk of not being collected this year," said Pedersen.

Meaney said they're anticipating a loss of $13 million or more in room tax revenues statewide, according to a survey from Destinations Wisconsin. She added that officials are planning ahead for when travel may resume, noting they can still inspire people to experience Wisconsin even if they can't visit now.

The Northwoods of Wisconsin Marketing Consortium has launched a "We Love The Northwoods" campaign to promote travel to the region whenever the state reopens, according to consortium chair Krystal Westfahl. The consortium, which includes tourism partners from Forest, Lincoln, Langlade and several other counties, is addressing how the industry will operate safely for visitors.

"We are ready to start asking them back, and I think that's the name of the game right now is having the tools in place for when the time is right," said Westfahl.

Meaney said state officials are also working with local chambers and businesses to pursue opportunities and sources of funding.

Gov. Tony Evers recently suspended provisions of the Joint Effort Marketing (JEM) grant program to provide more flexibility for tourism officials in utilizing funding. The department has also put in place a cooperative match marketing program that provides matching funds from the state to leverage local dollars, and it's working with the Wisconsin Economic Development Corp. to identify funding that may be available for businesses.

The future of travel and the state's reopening partially hinges on a decision by the Wisconsin Supreme Court.

The court heard arguments Tuesday on a Republican lawsuit that aims to strike down an extension of the Evers administration's "Safer at Home" order. Republican lawmakers argue the extension, issued by state Department of Health Services Secretary Andrea Palm, was unconstitutional and should have gone through the state's rulemaking process. Attorneys for the Evers' administration argue such procedures would slow response to the outbreak.

The stay-at-home order remains in effect through May 26, which coincides with Memorial Day weekend. The weekend typically marks the beginning of the state's busy summer season.

Meaney said tourism officials need to work within the guidelines of public health authorities and what's needed to keep people healthy and safe.

"Certainly, the things we fear are loss of key community businesses and the jobs that come along with that, but also the loss of those organizations and, frankly, those signature events and destination hallmarks that really make Wisconsin as special as it is," said Meaney. "One of the things that we've been focusing on as being extremely important right now is the role that we as residents play in supporting our local community businesses."

Wisconsin Manufacturers & Commerce, the state's largest business group, has created its own plan that would allow businesses to reopen with restrictions and protections for workers based on where they are located, the number of COVID-19 cases, and the type of work it performs.