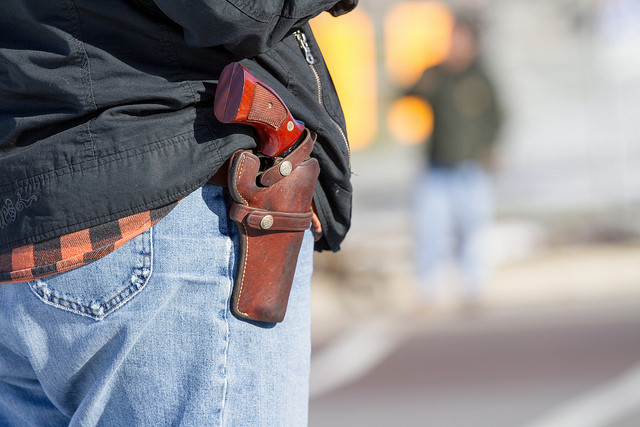 There have now been 81 gun deaths in Wisconsin this year. Photo: Paul Weaver (CC-BY-NC-ND).

The shooting deaths of two Milwaukee men this week have pushed the statewide gun homicide total to 81 for the year.

During a visit this week to Milwaukee, Leon Andrews of the National League of Cities gave the big picture of gun homicides for African-Americans.

Andews was in town to do more than deliver bleak numbers: He was part of a delegation that's helping implement President Barack Obama’s “My Brother's Keeper” achievement campaign for African-American males. One site the group toured was Northcott Neighborhood House, where it saw a graduation ceremony for low-income residents who had just completed a job training program.

Graduate Lushion Chappell said that while spending some time in jail, he was able to try to turn things around.

“I thought about it going in — like, I know I’m going to lose everything,” said Chappell. “It was the grace of God picking me up. Having to rebuild the way that I thought and believed and felt — it’s not just about who I am and what I am, it’s about where I’m heading in life.”

In Dane County, homicide charges were issued on Friday against a former sheriff’s deputy accused in the shooting deaths last Friday of two white females, Ashlee Steele and Kacee Tollefsbol.