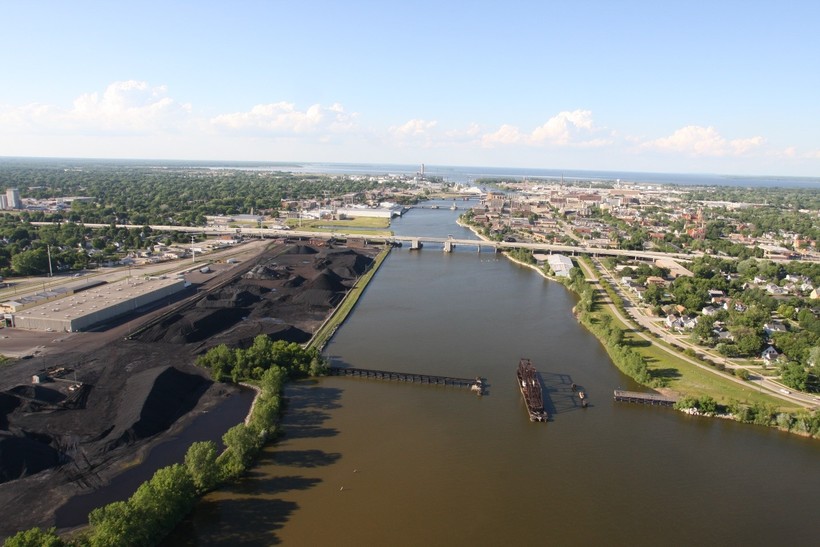 The more than $1 billion cleanup of the Lower Fox River is one of the nation's largest and most costly cleanup efforts.
Photo courtesy of the Wisconsin Department of Transportation

River Is One Of Nation's Largest, Most Expensive Cleanup Efforts
By Danielle Kaeding
Share:

Federal, state and tribal officials are hailing the completion of a more than $1 billion cleanup of contaminated sediments in the Lower Fox River. The cleanup is considered one of the largest and most expensive in the nation.

The 17-year-long effort included 39 miles of the Lower Fox River and Green Bay, where paper mills lined the river. Paper companies used polychlorinated biphenyls, or manmade chemicals known as PCBs, to make carbonless copy paper, releasing nearly 700,000 pounds into the river from the mid-1950s to 1971.

The U.S. Environmental Protection Agency banned use of the toxic chemicals in 1979 because research showed they don't easily break down in the environment and cause harmful effects, including cancer, for humans, fish and wildlife.

"The Fox River PCB cleanup work is done and the river is now on an accelerated track to recover from the industrial contaminants that polluted it 50 years ago," said Gov. Tony Evers. "From safer drinking water to more fishing and recreational opportunities and better public health, our waterways are priceless."

Dredging of contaminated sediments began on the river in 2004. State and federal officials sued 10 paper companies and two cities in 2010 to pay for the cleanup. NCR Corp. and others produced the paper containing PCBs. Last year, a federal judge approved a settlement that called for NCR, Georgia-Pacific Consumer Products and P.H. Glatfelter Company to cover the remaining costs.

"These costs include our oversight of long-term monitoring of the river and the bay for decades to come," said state Department of Natural Resources Secretary Preston Cole.

The cleanup included removing 6.5 million cubic yards of contaminated sediment, as well as treating and returning 10 billion gallons of water to the river. The project also included cleaning 800,000 tons of sand for reuse in the river. Tests show nearly 90 percent reductions of the manmade chemicals in water and sediments compared to levels recorded in 2006, according to Cole. 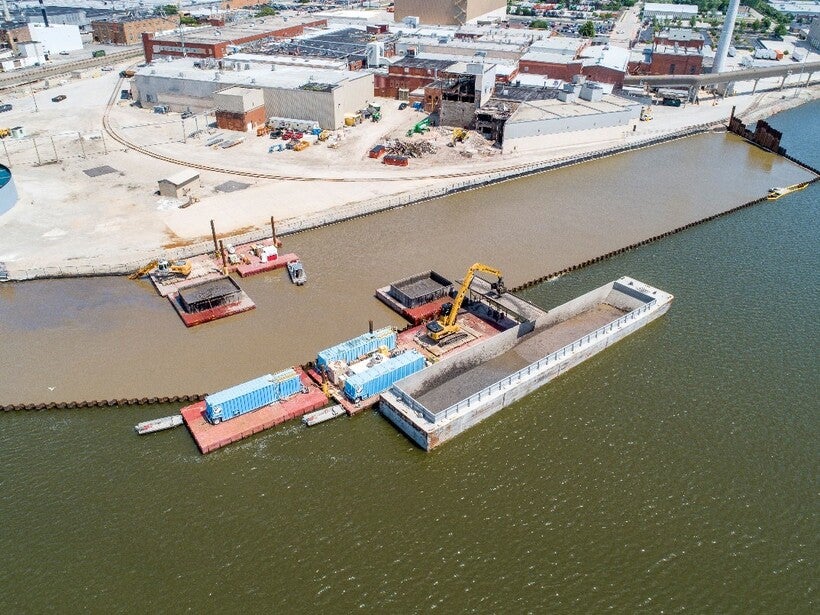 "We're not only closing the door on more than two decades of work on a Superfund site, but we're also making marked improvement to the Fox River Area of Concern through the Great Lakes Restoration Initiative," said Kurt Thiede, regional administrator for EPA's Region 5.

Yet, project collaborators note that more work is yet to be done to restore the Fox River Valley.

Several polluters have made agreements as part of a Natural Resource Damage Assessment of the Lower Fox River to fund ongoing restoration. Four trustees that include state and federal officials along with the Oneida Nation and Menominee tribe worked together to obtain more than $100 million in settlements to address harm to fish and wildlife.

More than 170 restoration projects have been undertaken by the trustees, according to Charlie Wooley, regional director for the U.S. Fish and Wildlife Service. He said those include fish spawning habitats, expansion of stocking muskies in Green Bay and the restoration of the Cat Island Chain.

"We still have more work ahead of us. But we're extremely proud of the partnership that we've developed," said Wooley.

"Completion of this cleanup effort moves us one step closer to filling our given responsibility to care for the waters," said Hill. "And, soon, we'll be able to catch and eat clean, safe fish from the Lower Fox River, and waters within the Oneida reservation."

Projects have also included restoring fish passage and planting wild rice on the Menominee reservation, according to Gary Besaw, the tribe's director of the Department of Agriculture and Food Systems.

"Let us hope the lessons learned regarding the health of our beautiful environment do not send us down this path ever again," said Besaw.

Georgia-Pacific and Glatfelter will continue long-term monitoring of PCB concentrations within the river, sediments and fish under state and federal oversight.