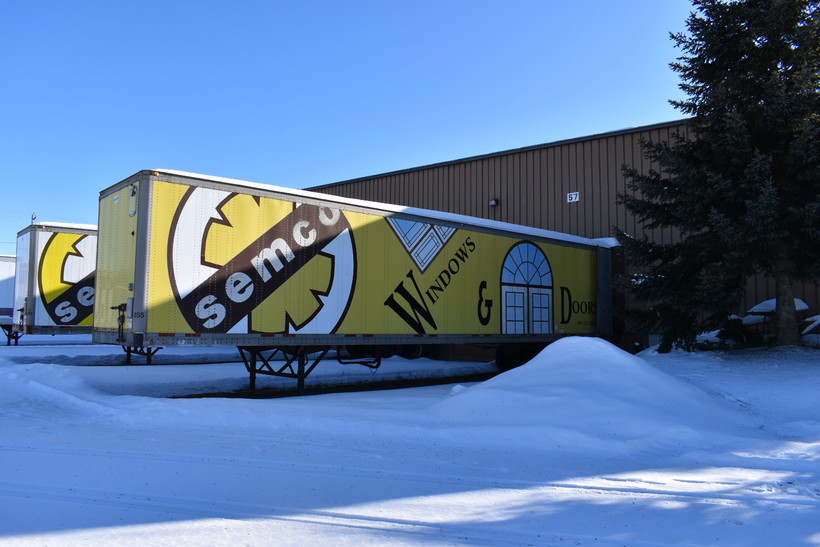 A Semco Windows and Doors trailer is connected to a loading dock at Semco's headquarters in Merrill. The 80-year-old company closed suddenly on Dec. 31, 2019, dislocating 141 workers. Rob Mentzer/WPR

For 141 Laid-Off Workers In Merrill, Job Fair Is First Step To A Fresh Start

Worker On Losing His Job: 'Your Whole Life Just Kind Of Gets Turned Upside Down'
By Rob Mentzer
Share:

Jerome Bonke has been through this before.

He started working at Merrill’s Semco Windows and Doors more than three years ago, after another manufacturer in town closed its doors and laid him off.

That time, he said, workers at least got a 30-day notice. This time, there was no advanced warning at all. Semco's 141 workers were expecting to return to work following a holiday break, only to learn in a letter that the 80-year-old manufacturer had ceased operations as of Dec. 31.

"Your whole life just kind of gets turned upside down," Bonke said. "I was ready to go to work on Monday and now I’m not. It’s like: What am I going to do?"

It's a question Bonke and other former Semco employees are asking themselves a lot lately. An event in Merrill last week provided some of the first steps in finding the answer.

Nearly 100 people attended an information session and job fair organized for former Semco workers at the Merrill Festival Grounds. They heard from representatives of the nonprofit Labor Education and Training Center, the state Department of Workforce Development and other agencies. Speakers gave workers a primer on applying for unemployment benefits and seeking available job training and education programs.

At the job fair that followed the meeting, more than 40 employers from the region set up tables and handed out fliers, can koozies, cards and information about applying. In a tight labor market, for many of them the closure of Semco represents an opportunity. 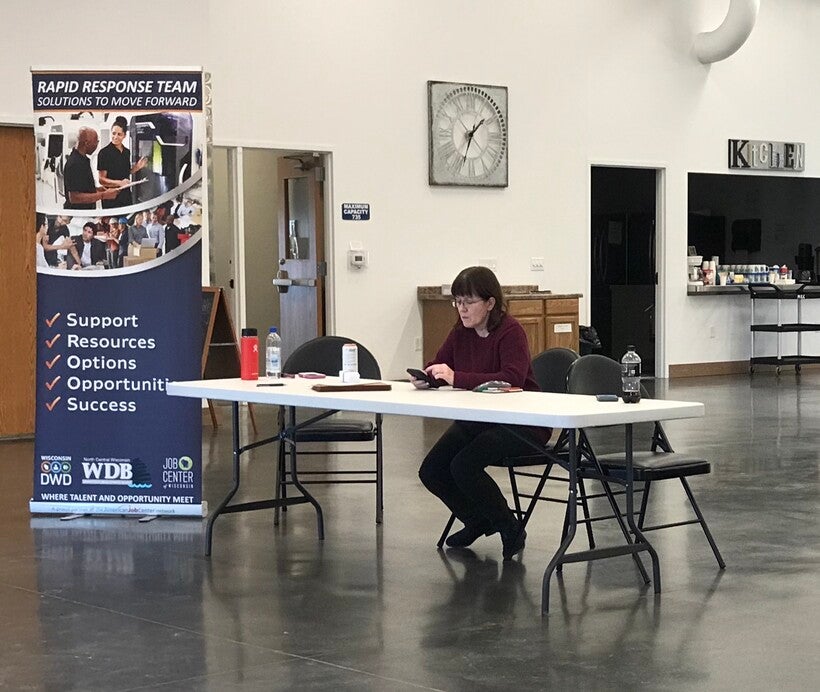 Monica Littlegeorge of the Workforce Innovation and Opportunity Act dislocated worker program was on hand at an information session and job fair in Merrill on Jan. 8, 2020, for 141 workers who lost their jobs when Merrill's Semco Windows and Doors closed suddenly. Rob Mentzer/WPR

Wisconsin’s unemployment rate is 3.3 percent, and it's the same in Lincoln County. Many employers in the region say they have trouble finding enough workers.

Cindy Kielsing, the executive director of the Labor Education and Training Center in Wisconsin Rapids, said she started pulling together the job fair as soon as the news broke that Semco had closed.

"Word went out pretty much overnight, and we had employers calling already the next day," Kiesling said.

Norma Dahlke, the human resources director for Antigo-based Amron, was tabling at the job fair. Hers was one of the employers eager to connect with the workers.

"I called and said, 'Hey, what are you doing for all these people?'" she said. She learned about the job fair plan, "and we said, 'We'll be there.'"

"For me,” he said, “it's just kind of starting at the bottom and basically seeing what's out there and what's going to be a good fit."

Bonke, who is in his mid-40s, lives in Merrill. He attended the job fair with his wife, Jessica. He has two kids from a previous marriage. He’s hoping to find a job that doesn’t involve a much longer commute, and which offers comparable pay to what he made at Semco.

Bonke also said the transition is likely easier for him than for older coworkers — both because they likely worked at Semco for much longer, even for decades, and because of the challenges older workers can face in the job market.

For her part, Dahlke said the company would be happy to hire a worker who is close to retirement. 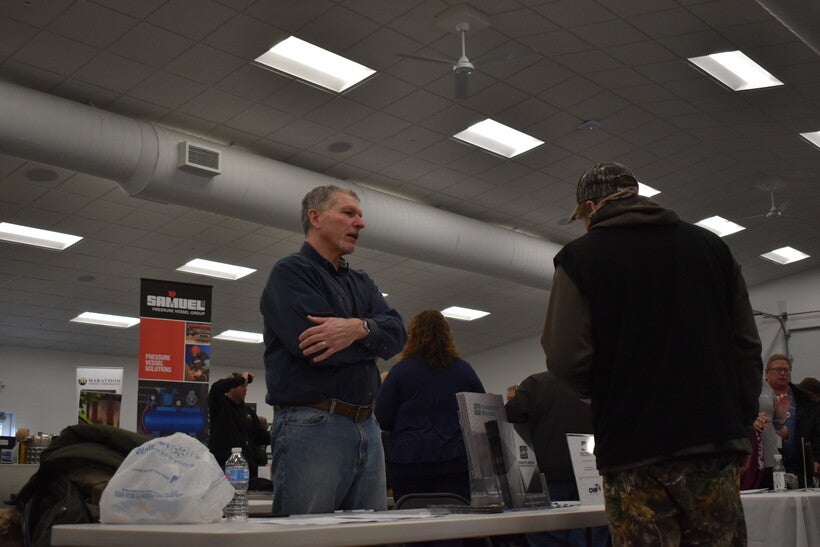 A representative from Schuette Metals talks to a former Semco Windows and Doors worker at a job fair and information session in Merrill on January 8, 2020. Rob Mentzer/WPR

There are also complicated and overlapping programs for dislocated workers who want to seek job training. Requirements around claiming unemployment benefits and maintaining health insurance can be burdensome, too. Overall, the portrait painted during the 90-minute education session was of multiple programs available to offer real help to the laid-off workers — as well as an imposing number of bureaucratic hurdles and requirements for accessing many of them.

Kiesling said one purpose of the meeting that preceded the job fair was to connect workers with professionals at the Job Center of Wisconsin, North Central Workforce Development Board and the DWD who can help guide them through the process.

"We want to let them know there are people locally ... they can go to, to help them navigate these systems," Kiesling said. "They are complicated."

At the job fair, Bonke was feeling resigned to the process, but somewhat guardedly optimistic about finding a new job.

"I'm just looking for something that’s beneficial, and hopefully something close to home," he said.